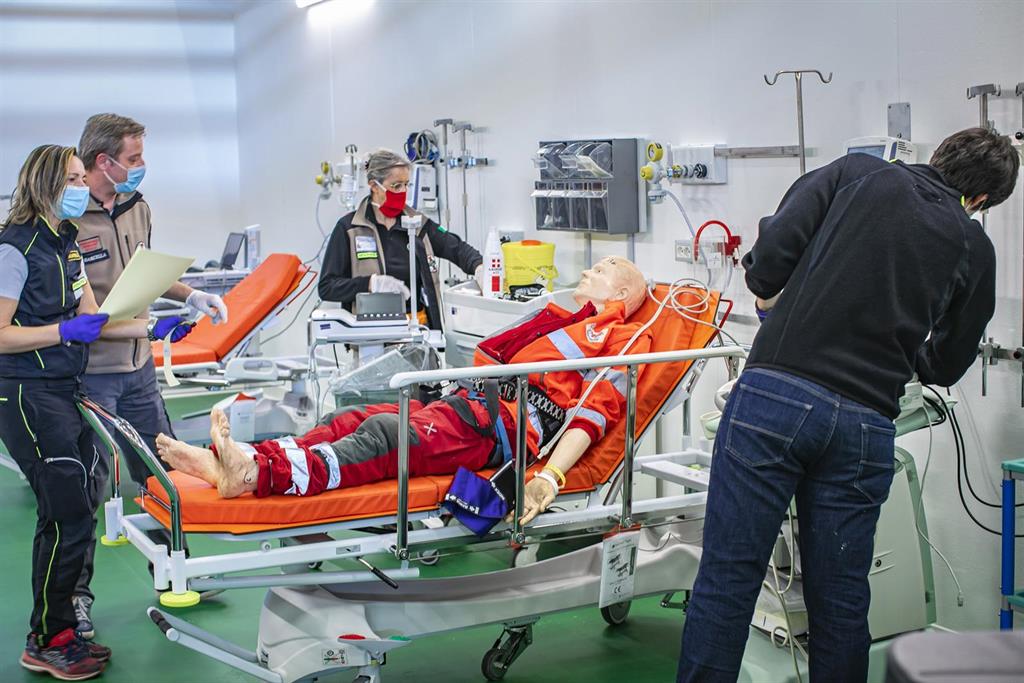 A mission of Russian health professionals sent to Italy in March 2020, at the beginning of the still unknown coronavirus pandemic, secretly collected data that was ultimately key to the development of the Russian vaccine.

Operation ‘From Russia with love’ on March 22 took thirteen Russian military aircraft to the Pratica di Mare air base, south of Rome, loaded with material and medical personnel after an agreement reached just 24 hours earlier by the Russian president, Vladimir Putin, and Italian Prime Minister Giuseppe Conte, according to an investigation published by the Italian newspaper ‘La Repubblica’.

The aid destination was the city of Bergamo, where the new virus had already infected more than 8,000 people, making the transalpine country the new epicenter of the pandemic, with more than 80,000 cases and 8,000 deaths.

The Russian mission, made up of 104 soldiers and two civilians: two epidemiologists: Natalia Y. Pshenichnaya and Aleksandr V. Semenov, key to the operation designed by the Russian Defense Ministry. “‘From Russia with Love’ was the pinnacle of a huge espionage operation. The target was not the Italian military installations or the NATO bases, but a much fiercer enemy,” report the investigative journalists responsible for the article, Gianluca di Feo and Floriana Bulfon.

With this mission, they achieved what the Russians in China could not achieve because of Beijing’s misgivings: knowing the virus first hand. After the mission ended, on April 9, the data collected was in Moscow and was never shared with the Italian authorities. However, the help of the Russian toilets at the Bergamo Hospital was key.

The mission was under the direct command of Defense Minister Sergei Shoigu and was led by General Sergei Kikot, a specialist in biological warfare with long experience, including Syria, where he denied that the Army had used chemical weapons.

The genetic sequencing of the virus was finally achieved by Russia on March 17 from a sample from a patient in Rome. The sequencing was published in January by China, but more data was needed for the development of the vaccine.