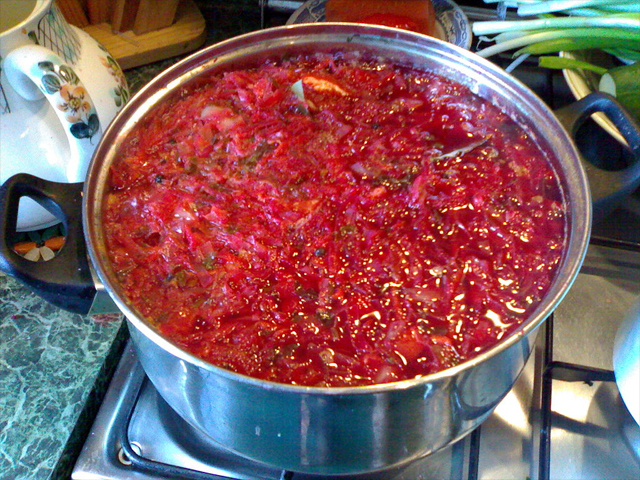 The Ministry of Foreign Affairs of Ukraine reported that UNESCO presented Ukrainian representatives with an official certificate recognizing the culture of preparing Ukrainian borscht as an intangible world cultural heritage in danger.

“There are pleasant moments in our work. We are pleased with this achievement of Ukraine in the international arena and are working on new ones,” said Deputy Minister of Culture of Ukraine Kateryna Chuyeva, who is also a member of the commission for relations with UNESCO.

The procedure for adding borscht to the UNESCO Intangible Cultural Heritage List began in 2020, even before Russia’s full-scale invasion of Ukraine. The final decision was made by the international organization on July 1, 2022, against the background of hostilities, and despite Russia’s statements that borscht is a Russian national dish.

Commenting on this decision at the time, Ukrainian Minister of Culture Oleksandr Tkachenko stressed that Ukraine would be happy to share borscht and its recipes with all civilized countries. “Yes, and with the uncivilized too, so that they have at least something light, tasty and Ukrainian,” he wrote.