Sanchez: “Pardon for the leaders of Catalonia who have tried to secede” 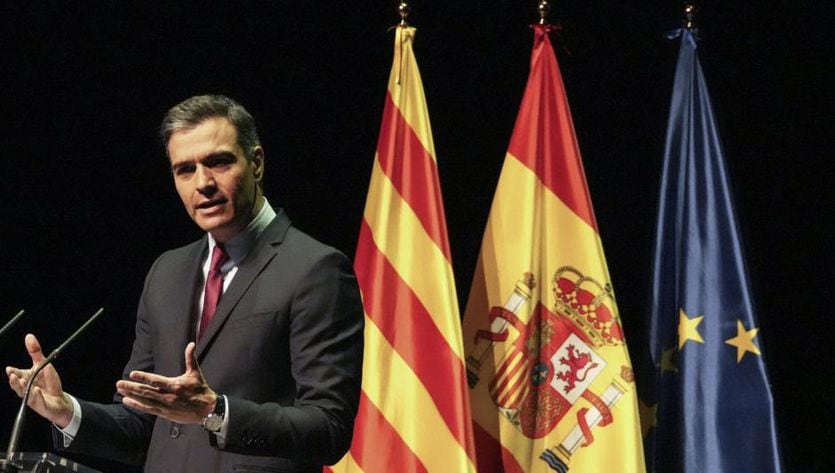 Pedro Sanchez will propose to the Council of Ministers to grant the pardon to the independence leaders of Catalonia condemned by the Supreme Court of Madrid, after the 2017 secession attempt: a historic decision, that of the Spanish premier, who looks to detente with Barcelona but which will have to address both the opposition of the right across the country (which insist on an iron fist against attempts at independence), and the dissatisfaction of the Catalan secessionist front (which still denounces the repression against its leading politicians).

“The main motivation of the pardon we are about to approve is its usefulness for coexistence and harmony”, said Sanchez confirming the decision of his government which opens a new phase in the confrontation between the Spanish state and Catalonia: the pardon will concern all nine Catalan separatist leaders convicted of sedition in 2019 and who have been in prison since 2017. Among them also Oriol Junqueras, vice president of the region and head of the Republican Left of Catalonia, sentenced to 13 years in prison (for sedition and use improper public funds) because it was held to be among the main culprits for the attempted secession that took place with the unilateral declaration of independence of the region in 2017, following a referendum organized against the laws and despite the warnings of the Spanish authorities. On the other hand, Carles Puigdemont, the then president of the Generalitat, who is still in Belgium where he chose to exile himself to escape Spanish justice, was never imprisoned.

Sanchez: “A measure of public utility”

“I am convinced that allowing these nine people, who represent thousands of Catalans, to get out of prison, is a full message on the desire for harmony and coexistence of Spanish democracy”, added Sanchez from the Gran Teatre del Liceu in Barcelona, ​​explaining that ” the decision does not concern only the nine condemned, but the whole of Catalan and Spanish society, and for this reason it must be considered a measure of clear public utility. ” ‘Regional Assembly, thus earning the right to govern Catalonia. Furthermore, for the first time, the separatist parties won, with almost 51%, the majority of the votes cast by the Catalans, obtaining a popular legitimacy that they never had.

“There is no path outside the law”

“With this act, we materially allow nine people to leave prison, but symbolically we bring together millions and millions of people in the name of coexistence”, the socialist premier reiterated. “We do not expect that those who aspire to independence will change their ideals, but we do expect it to be understood that there is no path outside the law”, underlined the head of the Spanish government, underlining “the line of dialogue in respect of laws of Spain ».

Aragones: “It’s not enough, we need an amnesty”

The pardon of Catalonian independence leaders in prison is “a first step but it is still an insufficient measure,” said Pere Aragones, current president of Catalonia. “The repression against Catalan citizens is much more widespread, due to several other judicial proceedings: the only solution is amnesty”, said Aragones immediately asking for “a negotiation” between Madrid and Barcelona also to “bring the leaders back Catalans who fled abroad ”. However, Aragones and the separatists do not intend to give up their basic objective: an authorized referendum in which one can vote “on the political future of Catalonia”.