The Macbeth in the Caribbean who defies Joe Biden 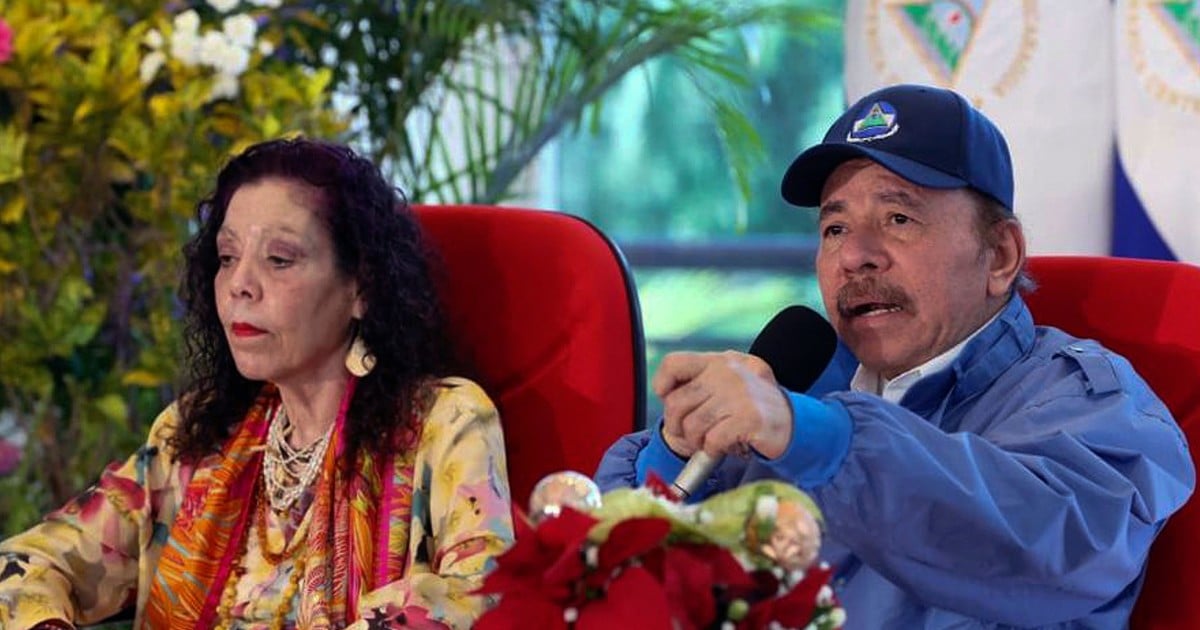 Latin America now has its North Korean pocket version in Nicaragua, unarmed at least but with equal doses of messianism and pride than the despotic family model of Northeast Asia.

Without clearly knowing which of the two has real power, Daniel Ortega and his wife Rosario Murillo, with the staging of unopposed elections, consecrated this last Sunday an absolute monarchy. A kingdom feudal supposedly from the left, whose main axes of power and wealth are distributed among the eight children of the couple.

The lesser unknown for analysts will be which of those scions will be the dynastic heir to the throne built by the 76-year-old veteran clan chief, imitator in detail of the Somoza dictatorship which contributed to the demise of his years as a guerrilla.

This authoritarian movement has profoundly altered the way that country should be seen from now on and has become a particular challenge, even due to its temporary nature, for the Joe Biden government. In less than a month, on December 8 and 9, the Democratic leader will launch its promised global conference on the defense of democracy.

This meeting, which aims to show the return of the North American leadership on the matter, will bring together a hundred nations, many from the hemisphere where democratic imperfection is a rule, and which will process key issues such as human rights and judicial independence.

The US already has its own domestic setbacks with democracy exhibited in the seizure of the Capitol last January and in the insistence of the largest opposition party on the illegitimacy of the November vote that crowned Biden.

Now, the authoritarian drift in the small Central American country adds an uncomfortable stridency to the chronic institutional weaknesses in your backyard. Also because there are few possible paths to straighten out these detours.

A dimension no less than bare the Nicaraguan process is Degradation from the embers of the nonexistent Latin American left.

Without the capacity for change and harassed by the economic crisis and the rebellion of their societies, these regimes, as in Venezuela or Cuba, they end up in a personalist caudillismo and authoritarian who survives by copying many times the manual of South American civic-military dictatorships.

The Managua regime is perhaps the most transparent of the regional “progress”. Instead of wagging negotiations with political rivals as the Venezuelan Chavista experiment tends to entertain, he simply resolved to imprison the entire dissident colony to nullify the possible opposition advantage at the polls.

The grotesqueness of the whole scene is almost a tribute to the electoral rituals of Alfredo Stroessner in Paraguay or Hosni Mubarak in Egypt, among other despots that were ratified in Routine rigged elections and with dissidents in exile or in prison.

Of course, it is not enough to boast to power. In the style of those examples, the Ortega-Murillo family, the OrMu, as the exotic royal duo is known, seized the wealth poles of the country, from energy, agriculture, communications and the media system as well as the control of international trade. Revolutionary moguls. The offspring manage those treasures.

His presence is common in the cabinet and behind any government decision. In the 2014 earthquake, she was the one who ran the country while her husband took care of the grandchildren, Ortega himself said.

Central American migrants in Oaxaca, walk in a caravan that is heading towards Mexico City. Photo EFE

Almost every day he speaks in a chain to a town to whom he He demands that he see her as the great mother of the country.

At noon, at lunchtime, this woman who has painted everything she could in the country in intense pink, blue and yellow, her favorite colors, usually appears on television with her arms heavy with colorful bracelets and her hands adorned with gold. rings, to talk about botany, medicinal advice, defend some government initiative and criticar a EE.UU. He also talks about God, many times about God.

The devil, who also frequently mentions, is the opposition, those who agitate and protest as he furiously disqualified the participants of the 2018 demonstrations whose repression he personally led, leaving at least three hundred dead.

“Manage a country of six million inhabitants as if it were a small town of 6,000 people”a US diplomat says in amazement to the portal Political.

“Know the name of each and every one. You know where they work. Sends notes to parents for their children’s graduation, job promotion or marriage. And if he is not happy with someone, he will do everything possible so that the government does not give him anything, “he says.

A paper from the Institute for Latin American Studies at the University of London noted an interesting detail. On January 10, 2017, ten days before Donald Trump assumed the presidency of the United States, Ortega was sworn in for his third consecutive term. When comparing the speeches, only one of them alluded to the supposed exceptionalism of his country.

It was not Trump, as might be supposed, but the Nicaraguan dictator describing Nicaragua as a country blessed also with its leaders. It wasn’t just words. Murillo and her husband proclaim that they were sent by heaven to direct that region.

An image of the protests against the regime in 2018. AP Photo

The emergence of another police state in the region with this extravagant dictatorship, he challenges his critics. The United States observes this dynamic with some helplessness. Washington is Managua’s main trading partner. According to data from the US Foreign Ministry, it buys 49% of Nicaraguan exports and is the source of 22% of its imports.

The trade balance in 2020 was almost 5 billion dollars. It is a ridiculous sum for Washington, but crucial for Managua. The toughest legislators in Congress demand that the White House operate on this trade removing tariff preferences within CAFTA , acronym in English of the Central American free trade agreement that includes Nicaragua.

With the RENACER legislation recently approved in the Capitol, the exclusion of the dictatorship would be enabled OrMu of that commercial block. Other devices with strong damage capacity they are the Central American Regional Development Bank, CABEI, or the Inter-American Development Bank, IDB, which could cancel their aid lines.

The offensive already includes the OAS where the possibility of terminating Nicaraguan membership for the violation of the Democratic Charter is raised. But none of that seems sustainable.

Financial drowning can be seductive, but it is an alley way out. The White House hesitates to visit it because would increase the economic nightmare of the country and the frustration of society which was already reflected in the enormous abstention in these rigged elections.

It is not a humanitarian issue. That absence of a future triggers theto the calamity of a new exodus in the region. If until recently the approximately 100,000 Nicaraguans who fled the country after the 2018 repression settled in Costa Rica, others are beginning to join the columns of Salvadorans, Hondurans, Guatemalans and Haitians who They hit the US border.

In the North American South, patrols of ultranationalists have appeared, such as the Patriots of America of Texas, who do justice by their own hand against the migrants and accuse Biden of this disaster that has multiplied.

The other cost of an extreme offensive is that it would consolidate the alliance that Managua it has cemented with China and Russia. Moscow, which makes a constant display of its presence in the space of influence of the United States, five years ago, in the southwest of Nicaragua, inaugurated next to the Nejapa lagoon a huge satellite monitoring base, similar to the one installed by China in southern Argentina.

The Pentagon describes it as a Russian spy system on the United States.

The regime abuses the limits that contain its adversaries, as well as the ruggedness that it would mean to push the country away from the Central American free trade agreement. Every step of Ortega and Murillo expand that contradiction.

The main opposition presidential candidate, Cristiana Chamorro, was arrested when Joe Biden’s chancellor, Antony Blinken, was across the border in Costa Rica, debating the erosion of democracy in the region.

The other applicants and leaders were arrested when Vice President Kamala Harris was on a tour of Guatemala and Mexico with the migratory explosion on the agenda. Even at that time, Washington was betting that the Nicaraguan regime would continue to be a plug for these flows. That partnership ended.

Among the jailed opponents is also former Foreign Minister Francisco Aguirre-Sacasa. He is the father of Roberto Aguirre-Sacasa, a US citizen, creative of the successful North American series Riverdale from the CW network, and with many friends in Congress in Washington.

It is because of all this that little Nicaragua is today a gigantic domestic problem for the North American leader. Even more complicated than Venezuela or Cuba and therefore it will surely configure one of the platforms on which Washington will seek to show its impatience on the way to the December forum.

The extent and depth of this reproach is the complex dilemma that Biden must urgently resolve on the narrow ledge left by circumstances.