unior García Aguilera: “The idea is to shake the country” 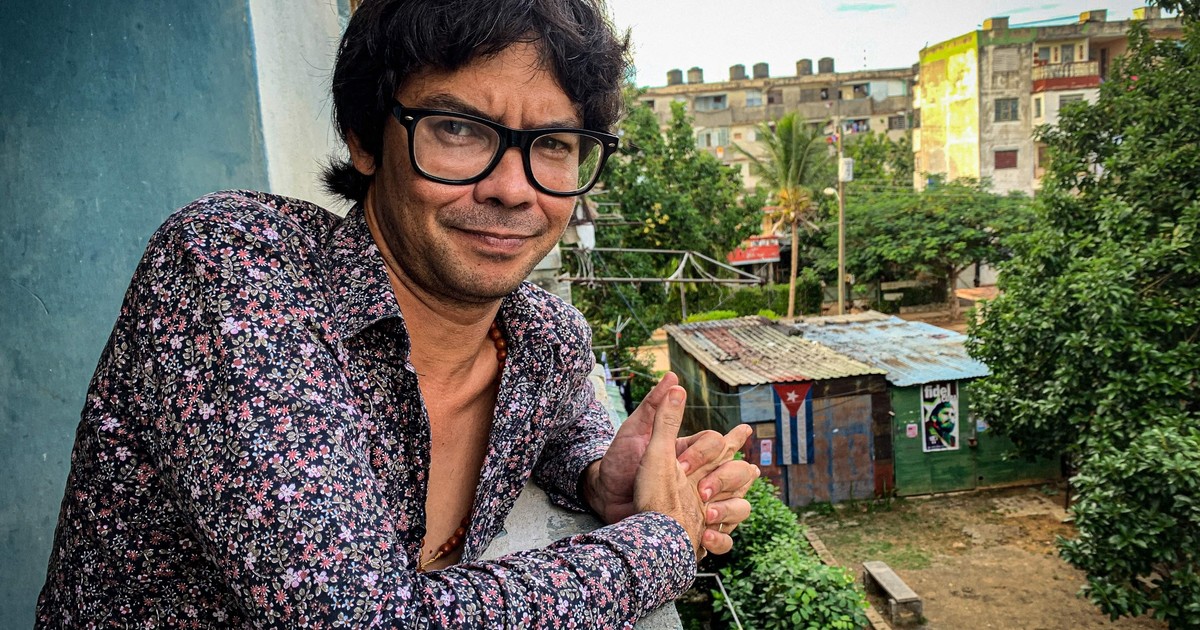 Cuba is preparing for days of tension. This Monday a new opposition march is planned and, although the government banned it, the organizers are determined to maintain the plan.

“We have already been 70 years since the coup d’état of (Fulgencio) Batista (in 1952) in which we have not enjoyed democracy and that history must now be changed,” the playwright Yunior García Aguilera said in an interview with the EFE agency. 39, the main leader of the civic march on Monday 15 to demand a political change in Cuba.

“The multiparty system does not guarantee democracy, but the single party cancels it completely,” he remarked.

Inspired by the example of the Afro-American activist Rosa Parks, the young dissident managed to make the Cuban government uncomfortable by proposing a civic march on Monday against violence, for the release of political prisoners and the solution of differences through democratic and peaceful means.

Sunday is proposed walk alone, in silence and with a white rose in the Havana neighborhood of Vedado. For advancing that plan, he has already received prison threats.

Riot police in the streets of Havana on July 12, after the unprecedented protest against the communist government of the island. Photo: AFP

The activist, leader of the Archipelago Movement, confesses that he is concerned and feels responsible for a eventual repression against the protesters, as happened in the July marches, but she persists in “not yielding” her right to march, just as Parks remained seated on the bus when requested by the white policeman.

Here, a fragment of the dialogue with EFE.

-What is the objective of the march?

-It is shaking a country, making people aware, generating a debate that causes changes. A good part of the population pretended not to be interested in political affairs and avoided looking for trouble. Now people believe that they can make changes and are deciding to participate, especially the youngest whose only hope was to leave the country. Those who cannot leave or have decided to stay know that they must take charge of their destiny, participate in reality and bring about changes for their benefit. We want that to happen in the most peaceful and civic way possible.

“Now people believe that they can make changes and are deciding to participate, especially the youngest whose only hope was to leave the country.”

-Cuba is a kind of matryoshka -traditional Russian doll- because all the time it accuses the United States of threats, sanctions, repression; However, the government behaves the same against the people themselves by reproducing this scheme in the interior. It is a besieged fortress where any dissent is considered treason and in the end the one who pays is the ordinary Cuban when standing in line, buying everything on the black market, the one that has seen the worst inflation in recent times.

-Do you have a specific political program?

-Archipiélago is not a political party. It is a plural platform because, precisely, what Cuba needs is a consensus where various ideas about the country we want are discussed. It has to be an original proposal that is not a return to the past because it is about landing Cuba in the present and moving towards the future. There must be freedom, end censorship, thought and a single party because it is absurd to think that a country of 11 million people has only one party. I am very convinced that the multiparty system does not guarantee democracy, but it is that the single party cancels it completely. We have already been 70 years since Batista’s coup (in 1952) in which we have not enjoyed democracy and that history must now be changed.

Any dissent is considered treason and in the end it is the ordinary Cuban who pays when standing in line, buying everything on the black market, the one who has seen the worst inflation in recent times.

-What do they aspire to?

-A “deep, real, transformative” national dialogue that does not exclude anyone, takes into account emigration from exile and its result is expressed at the ballot box.

– Do you think it will be possible?

-I hope we Cubans can decide in a plebiscite which country we want and it is not a question of which side beats another, or one dictatorship is replaced by another, but rather that the citizen’s will is expressed in the most civic way possible. When there is a session of the National Assembly, the Communist Party or the government, we see very conservative gentlemen with their Guayaberas who live very differently from the town, they move around in their cars, they live in houses with swimming pools, they don’t have to queue. I have not seen an honest discussion about the stores in Freely Convertible Currency which is one of the biggest concerns of the people. What we see are unanimous votes.

“Hopefully we Cubans can decide in a plebiscite which country we want and it is not a question of which side beats another, or one dictatorship is replaced by another.”

-They are accused of being financed and supported by the United States.

-Everything they say is false. There is no relationship with the US government, no funding whatsoever, nor do we take orders from anywhere. Our proposal is legitimate, born in Cuba and has come out of the minds of Cubans.

-The government revealed the identity of the spy “Fernando” from State Security – Dr. Carlos Leonardo Vázquez- who says that you are seeking confrontation with the Armed Forces and the Ministry of the Interior, it is not transparent and your actions are not isolated or isolated. spontaneous.

-The regime tries to put together a conspiracy theory from photos and audios adulterated and taken out of context. I attended those events in Buenos Aires and Madrid with my passport processed by Uneac (Union of Writers and Artists of Cuba), the state organization to which I belonged at the time. State Security was not interested in my presence there, the only thing they told me was not to make any statements to the press. Now they have used those two trips to manipulate. This agent only knew me for three days at the event in Madrid in 2019 and has lied a lot; He has used phrases that I would never say like I would dedicate my life to the counterrevolution. I have never used the word counterrevolution because I am convinced that what we do is very revolutionary and quite the opposite of what the State does, which behaves as a conservative, dogmatic entity.

-How do you respond to the warning of the Prosecutor’s Office?

-When we changed the march, they threatened us with the Prosecutor’s Office itself, which has functioned as a bully in the style of the old west, telling us: if you go out to defend your right, the full weight of the law will fall on you. It is an unfair law; It’s like the bus driver who told Rosa Parks “get off that seat and give it to that man because he’s white.” It is the same that the Prosecutor’s Office has done with us. If I went to prison, I would resign from the defense because I do not believe in the Cuban judicial system. From the moment they take me to jail, my sentence will be written down and it doesn’t matter what I say. Of course, I don’t want to go to jail, I don’t know if I can be useful within it. Cuba needs people who work in freedom, not just martyrs or symbols. I don’t believe in that morbid that to change things, terrible things have to happen.

-Who is Yunior García Aguilera?

-I am an artist who is involved in social and political activism, but I do not consider myself a politician because I have limits. Although they say that there is no dialogue with dictatorships, I believe in dialogue as a political solution and I am anti embargo (from the US to Cuba). I cannot morally allow sanctions that starve my family. Even if I stay alone I will defend my ideas and principles.