Thus India and China have watered down the Glaslow climate pact 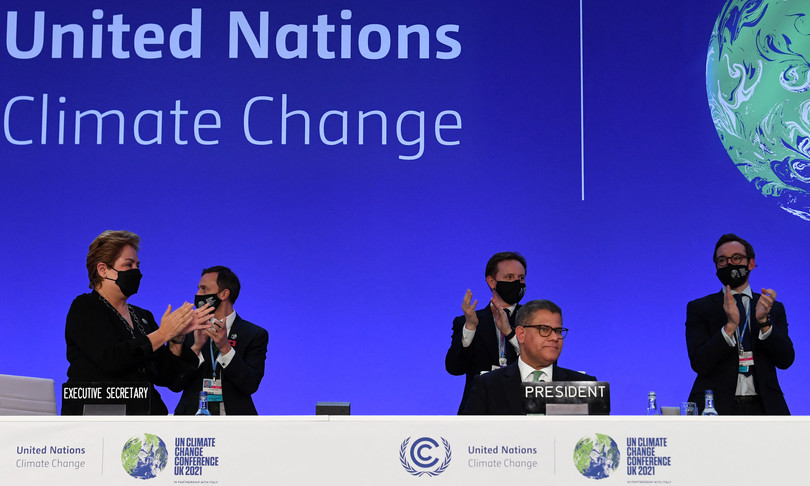 At the end of two weeks of frantic negotiations, the nearly 200 nations present in Glasgow have signed the agreement to fight climate change, the so-called Glasgow Climate Pact.

A compromise agreement, made up of light and shadow, and which according to many does not represent what science says is necessary to contain dangerous increases in temperature.

The goal of the UN climate summit was charting a path to keep the planet’s global warming limited to 1.5C, considered the maximum limit to avoid catastrophes.

The text states that limiting global warming to 1.5C will require major cuts in emissions, including net zero by 2050; and commits countries to strengthen their emissions reduction targets for 2030 by the end of 2022.

But scientists calculate that when formal commitments from all countries are added up, the world will be on track to reach 2.4C of warming by the end of the century.

Note that the Paris Agreement which requires the world to reduce greenhouse gas emissions that cause global warming does not contain the words’ coal ‘,’ oil ‘, natural gas’ or’ fossil fuels’; which may seem strange, given that the global warming is predominantly caused by the combustion of hydrocarbons, but it helps explain why the first mention of the term ‘fossil fuels’ in this new agreement has been described as ‘historic’ and ‘unprecedented’.

The agreement on a commitment to reduce coal and end fossil fuel subsidies was, however watered down at the last minute, due to the responsibility of India, China, South Africa and Saudi Arabia: the text in fact commits the 197 signatories of the Paris Agreement to “gradually reduce coal-fired power plants without mitigation (those that do not have a CO2 capture technology to compensate for the gases they release into the atmosphere) and subsidies to inefficient fossil fuels “(a first draft instead called on the parties to” accelerate the phasing out “of coal and subsidies for fossil fuels).

The deal also asks rich nations to “at least double” the amount of money they give to developing ones to adapt to climate change by 2025; and also commits countries to boost the negotiation agenda on how to pay for the losses and damages that climate change inflicts on developing countries (the latter said they were disappointed at the failure to create a formal mechanism for the delivery of funds to nations affected by the violence of climate change).