About a decade after the lynching of his father: Islam Gaddafi ran for president of Libya 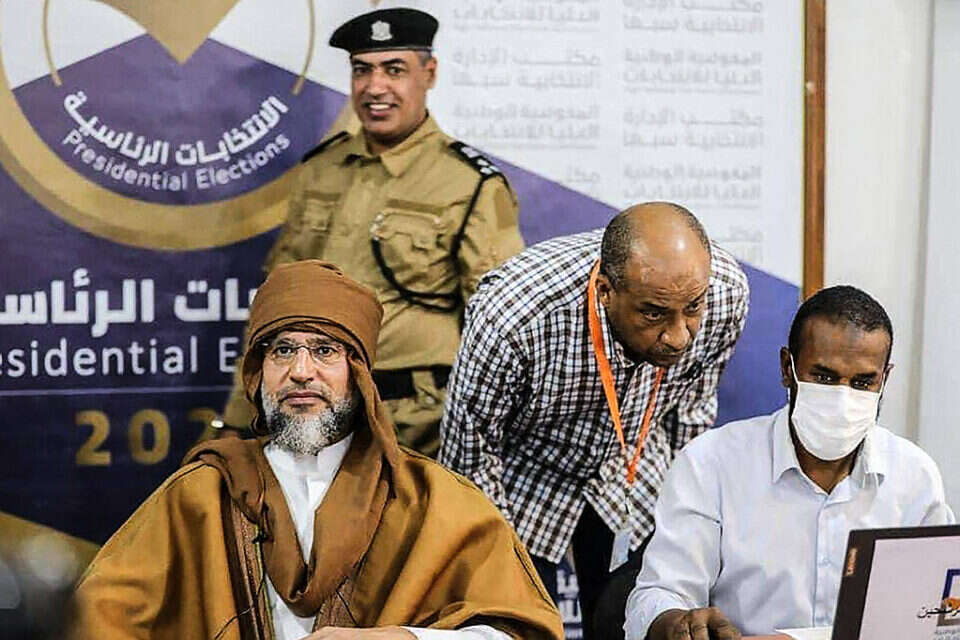 More than a decade after his father was assassinated in Lynch during the Libyan civil war, Saif al-Islam Gaddafi today (Sunday) officially submitted his candidacy in the Libyan presidential election expected to take place this coming December.

According to Arab reports, the dictator’s son submitted his candidacy documents in the southwestern Libyan city of Sabha. A senior member of the Election Commission confirmed to Reuters the candidacy. Registration of Libyan presidential candidates began on November 7. Another prominent candidate who is expected to run in the election is Khalifa Hefter, who is considered the leader of the eastern part of the country.

Last week, Israel Today reported that Libya may join Avraham’s agreements after the election, as the leading candidate Heftar has high hopes for such an agreement, which could lead to the implementation of the state’s rehabilitation program.

A senior United Arab Emirates official close to the two leading candidates for the Libyan presidency told Israel Today that the two candidates – Hefter and Gaddafi – had previously stated that normalization with Israel was possible, and both expressed themselves in closed-door talks with their associates. The source added that such a normalization would be different in nature from the agreements with the Gulf states and would be more similar to the agreement being formed with Sudan.

However, a source in Hefter’s election headquarters told Israel Today that it is still too early to talk about normalization with Israel before he is elected.

Against the background of the upcoming elections, “Israel Today” also reported that a contract had been signed in Dubai between General Hefter and a large Israeli communications and strategy company. The contract with the company’s representatives was signed by Lexam Hefter, one of the general’s sons. The company’s owner has already run successful campaigns for presidential and prime ministerial candidates in Israel and other countries around the world.

It was also reported that after signing the contract with Hefter, the consulting company also received an application from Alif Islam. According to Persian Gulf officials, in order to help the two competitors, a new company has been registered in the UAE, with which a new consulting contract has been signed, this time with Gaddafi.