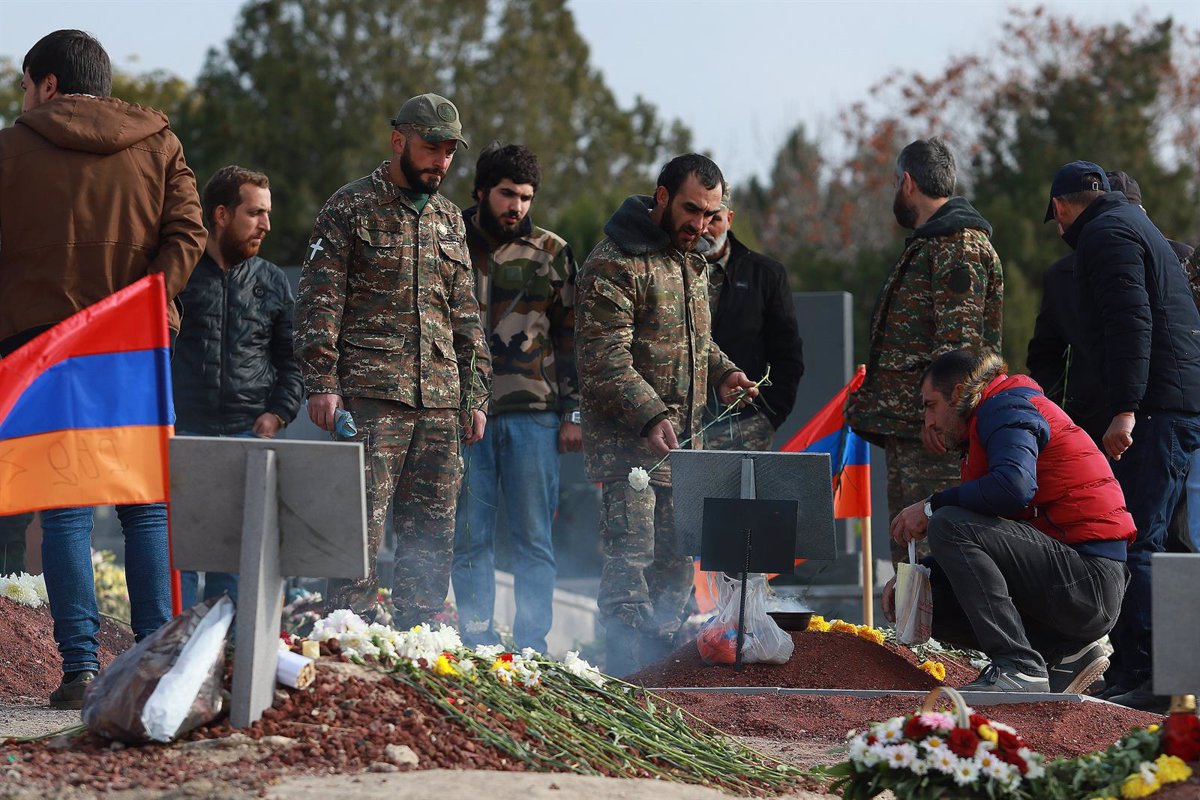 Azeri forces warn of gunfire from the Armenian side

The Armenian authorities have requested this Tuesday help from Russia to “defend its territorial integrity” and have also denounced the capture of twelve soldiers on the border with Azerbaijan, where shots have been registered in the last hours.

The secretary of the Armenian Security Council, Amen Grigorian, has denounced an alleged attack carried out by the Azeri forces in the area and has indicated that there has been an incursion into Armenian territory, according to information from the newspaper ‘Zhanamak’.

“Since an attack (from Azerbaijan) was perpetrated against the sovereign territory of Armenia, we ask Russia to protect the territorial integrity of Armenia under the 1997 treaty,” he said before emphasizing that the country intends to intensify its work. within the framework of the Collective Security Treaty Organization.

He has also urged the international community and global partners to “react to these actions” to achieve the “withdrawal of all Azerbaijani forces from Armenian territory.”

“Armenia, in accordance with the United Nations Charter, has the right to respond in all ways to the use of force against its territorial integrity and sovereignty,” he recalled. According to the Defense Ministry, two fighting positions were destroyed during the attack.

The Azeri Defense Ministry, for its part, has assured that shots have been fired at its forces from the Armenian side near the border between the two countries. “From 4:15 pm on November 15 to 4:30 am on November 16, Armenian forces opened fire on various positions in Azerbaijan,” the Ministry said in a statement.

The Azeri forces have indicated that they have taken “appropriate” measures to stop the shooting and have managed to bring the situation under control. Armenia and Azerbaijan staged a confrontation a year ago to gain control of Nagorno Karabakh, a territory with a majority Armenian population that has been the focus of conflict since it decided to separate in 1988 from the Azerbaijani region integrated into the Soviet Union.

The hostilities between the two nations lasted for six weeks and left thousands of people dead. They finally ceased when the two countries reached a ceasefire agreement with the mediation of Russia, allowing Russian peacekeepers to settle in Nagorno Karabakh for a period of five years.