Why millions of workers in America are quitting their jobs 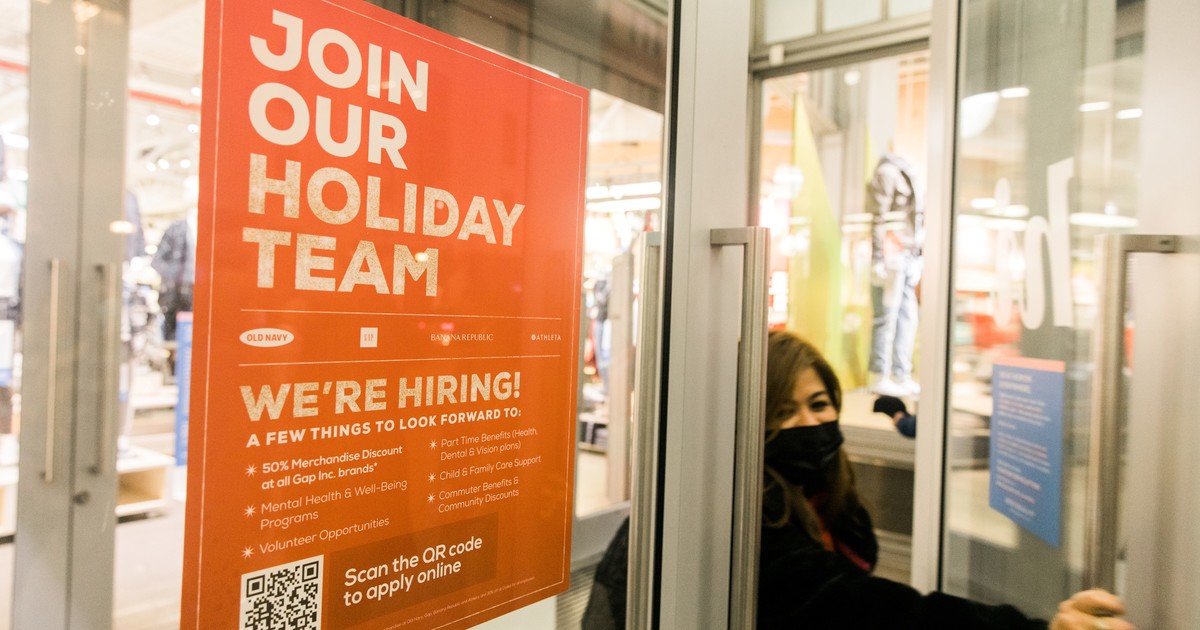 More than 4.4 million of workers voluntarily quit their jobs in September, the Labor Department reported Friday. This figure is higher than the 4.3 million in August and is the highest in the two decades that the government has recorded.

Almost a million workers left their jobs in the manufacturing sector alone. entertainment and hospitality, reflecting stiff competition for workers in this sector, as companies recover from closures triggered by last year’s pandemic.

At the end of September, there were 10.4 million job openings in the United States. This figure is lower than the record of 11.1 million registered in July, before the spread of the delta variant of the coronavirus caused a drop in sales in some companies.

But the demand for labor is still extraordinarily high By historical standards: Before the pandemic, the record for job openings in a month was 7.6 million in November 2018. The Labor Department revised its estimate of job openings in August to 10.6 million.

The job offer grows, but not the labor force

There were roughly 75 unemployed workers for every 100 job openings in September, the lowest on record. Separate data released last week by the Labor Department showed that job growth rebounded in October, but that the workforce barely grew.

“Demand continues to grow with no offsetting talent surge,” said Ryan Sutton, district director for Robert Half International, a recruiting firm. “Until new talents arrive, until we get that employees who are on the sidelines return to the market, this is very likely to continue. “

Economists cite a number of reasons for the slow return. The pandemic continues to disrupt childcare, making it difficult for some parents; other workers are concerned about contracting the virus or spreading it to high-risk family members. In addition, many Americans have accumulated their savings during the pandemic, allowing them choose your jobs better.

These factors are likely to decline as the pandemic subsides and savings decline. But there are other changes that could be more durable.

In a research note published Friday, Goldman Sachs economists noted that approximately two-thirds of people who had left the workforce during the pandemic they were over 55 years old; many of them have retired and they are unlikely to return to work.

The labor shortage is giving the workers an advantage in negotiations. Wages have gone up a lot in recent months, especially in service jobs, although in other sectors remuneration lags behind the rate of inflation.

The recent increase in the number of workers quitting suggests that many are taking advantage of their advantage to accept higher paying jobs or to search for them.

At the same time, staff shortages in many companies may be stressing the remaining workers, leading to more people leaving their jobs.

Industries that require that most employees work in personManufacturing, retail and healthcare – as well as entertainment and hospitality – have the largest increases in the rate of workers leaving their jobs.

“We’re seeing a big increase in churn in the industries that are currently having the hardest time hiring,” said Nick Bunker, director of economic research at the Indeed job portal.

Kaylie Sweeting worked as a waitress in Millburn, NJ, for most of the pandemic, despite concerns about interacting with unmasked customers and frustration over low pay. But when the restaurant pressured a colleague to go to work sick this summer, Sweeting resigned.

“The work was no longer worth it at all,” he said. “It hurt me that a company I gave my time to It doesn’t seem to prioritize me or my safety“.

So Sweeting, 23, and his partner, a cook, decided to take the money they had saved to buy a house and open your own vegan restaurant.

They recently signed a rental agreement and are beginning renovations, with plans to open early next year. They try to apply the lessons they have learned as employees, promising good wages, paid time off, and other basic benefits that restaurant jobs generally don’t provide.

“I love the industry,” says Sweeting. “I just don’t like the way it’s managed. I feel like the only way to change it is to make the change yourself.”