The Turkish media against Israeli “spies”: “they photographed every corner” 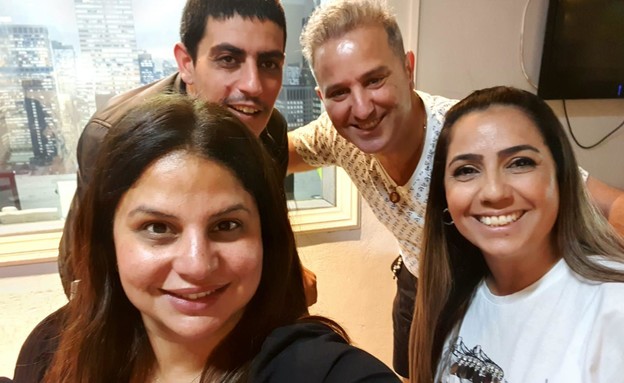 More than a week after the arrest of Mordi and Natalie Oknin in Turkey, the local media is increasing its involvement in the affair – while resolutely defining Israelis as spies. Television in Istanbul reported extensively on the conduct of the couple who “lived in a luxury hotel” in the city, claiming that the two “took hundreds of pictures and videos” of the Turkish president’s residence.The Turkish journalist due to Yakop will speak from T24 Told last night (Tuesday) toN12 That the growing involvement of the local media in the affair may complicate the story of the Israelis. “Erdogan does not seem to be trying to raise political capital from this situation at the moment. The media close to him do not cover this issue too much. If we see more reports in these media in the coming days – then we will understand that Erdogan does intend to use it. “They do not intend to use the affair as political capital – and the tourists will be released quickly.”

Indeed, it seems that the local media have begun to delve into the couple’s arrest, while uncritically adopting the line taken by the regime – according to which a couple of Egged drivers are in fact Mossad agents who came to Turkey to spy.

According to one report, the Oknin couple “live in a luxury hotel in central Istanbul.” To bolster the claim that they were in fact two cunning spies, the Turkish media claimed that the two “took hundreds of photos and videos” from President Erdogan’s residence area. Moreover, the Turks claim that the rebels and Natalie Oknin visited the country 7 years ago and even then “photographed every corner of the city.”

Other media outlets linked to Erdogan reported that “Israel is trying to close the crisis diplomatically, but Ankara insists on convicting the couple of espionage.” Another interesting point mentioned is the “Israeli connection” of the Turkish citizen who was arrested with the Israelis: it was alleged that he was previously married to an Israeli woman but divorced her.

To refute the allegations that they were spies, the Oknin couple wanted to present a video and photos from an advertising campaign of the Egged company, in which they participated as part of their work. About a year and a half ago, the two were interviewed for the radio program of Maya Bezalel and Kuti Sabag, “Lev Hamedina,” where they talked about their work at the transportation company: “Satisfaction to get to work.”

“We are a married couple, in March 2016 I joined Egged’s family, and she joined after two years,” Mordi told interviewers, who claimed it was a young couple shattering all the stigmas about bus drivers. Natalie shared her experiences as a driver: “Every man who comes up, a woman, a man, children, flatterers compliments. I was told sentences like, ‘You can put a thousand drivers in your little pocket.'”

Turkish television is beginning to report extensively and dramatically on the arrested Israeli couple, while framing them as spies. The two claim that they “lived in a luxury hotel in the city center” and “took hundreds of photos and videos” from Erdogan’s residence area. It is also noted that 7 years ago, the two first visited Turkey and took hundreds of photos and videos even then.

The couple will now hope that the Turkish authorities will be convinced that there was no malicious intent in their actions, and that the advertisement in which they appeared will be “golden vision” that will bring them back to the country: “Do they think spies will participate in the advertisement?”

The Prime Minister’s Office announced that Bennett had spoken again with the couple’s family members and asked to strengthen them. “Prime Minister Bennett thanked the family for their responsible and restrained conduct, given the complexity of the issue, and updated on the efforts made around the clock, led by the State Department and in all dimensions, with a view to resolving the issue soon,” the prime minister said in a statement. Because the staff of his office is at their disposal 24 hours a day for any need. ”