Almost 3 and a half years in prison for Jacob Chansley 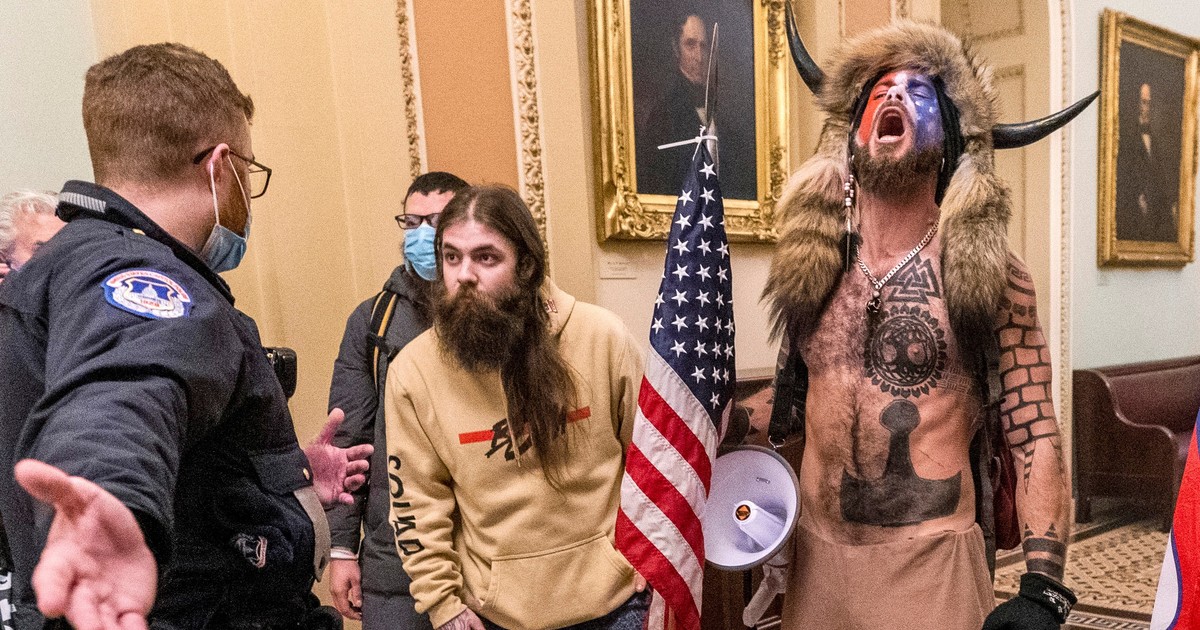 Jacob Chansley, the follower of former US President Donald Trump and self-proclaimed “shaman” whose bare chest and skin covered with horns made him in the face of the assault of January 6 against the Capitol in Washington DC, was sentenced Wednesday to 41 months in prison, almost 3 and a half years.

The prosecution demanded more than four years in prison for Chansley, 34, who he had pleaded guilty in September to invade the headquarters of the United States Congress with hundreds of Trump supporters to prevent legislators from certifying the victory of Joe Biden in the presidential elections.

At that time, Chansley visually appeared to be waging a Viking war in the 10th century, instead of participating in an insurrection in Washington DC in 2020. He was wearing a cartoon of a horned Viking helmet, along with face paint and his body wrapped in fur.

In a document released Tuesday night, the prosecution indicated that Jacob Chansley had, “long before the events of January 6,” encouraged on social media to “denouncing politicians, the media and the corrupt electoral system“.

On the day of the attack, he “incited other rioters” and “left a threatening message” against Vice President Mike Pence, he added.

Chansley “accepted responsibility for his conduct and agreed to cooperate with the authorities,” but “these acts pale in comparison to the disrespect that the defendant has shown for the law and for (the) democracy,” the document states.

A total of 658 people were charged to varying degrees for their involvement in the deadly assault, according to the George Washington University Extremism Research Program.

Five people were killed during or shortly after the attack, including a police officer and a protester killed by an officer inside the building. What’s more, two policemen committed suicide in the days and weeks that followed, without establishing a direct link with the facts.