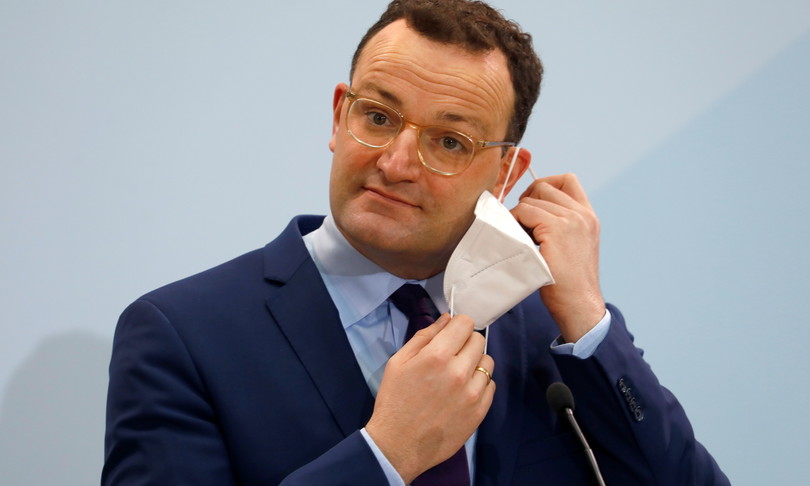 – Runs on Covid-19 in Europe and scary. The number of deaths for coronavirus in the Old Continent is grew by 5% in the last week, the only region in the world where there has been an increase in mortality. And infections are also increasing in many countries, particularly in the central and eastern parts of the region.

Governments are trying to curb the peak by various means, lockdowns for the unvaccinated, limit access to certain services, push on accelerating vaccination.

In Germany the situation is dramatic, according to the same chancellor Angela Merkel: almost 53,000 new cases, according to data from the Robert Koch Institut, the national epidemiological center, with an incidence that touches 336 infections per 100,000 inhabitants over seven days.

The number of victims is also growing (294 deaths 24 hours, according to Rki), and intensive care in German hospitals risks overcrowding again. Even the anesthetists have launched a dramatic appeal: the health system is heading in the direction of catastrophe “, they say, asking the Minister of Health Jens Spahn, “effective steps”.

For the Chancellor, a “national effort” is needed to rapidly proceed with the administration of the third doses of the vaccine.

In Austria hospitals are on the verge of collapse and the situation is increasingly dramatic: the government most likely on the day of Friday will take further measures.

On the whole of Austria since midnight last Monday there is a lockdown for people who are not vaccinated but a blockade is also not ruled out for the vaccinated.

On Wednesday the all-time record of cases since the beginning of the pandemic was recorded, 14,416; there was also a sharp increase in patients admitted to both normal wards, 155 more for a total of 2,723, and 486 in intensive care.

The Austrian tourism industry is in favor of a immediate and heavy lockdown to save the winter season.

In Slovakia, in an attempt to tame a “critical” situation in hospitals, the government has announced a series of measures that should remain in force for three weeks: a ban for non-vaccinated people from entering all non-essential shops, shopping centers, gyms , in swimming pools, in hotels, at sporting events; they will be able to enter their workplaces but only with negative tests; and if the situation does not improve, the government is ready to impose further restrictions.

A partial lockdown has been in effect since Saturday Netherlands where, for three weeks, bars and restaurants must close at 20.00.

In Bulgaria – which has the highest number of Covid-related deaths per capita in the world and the lowest double vaccination rate among EU states, just 23% – the situation has deteriorated to the point where hospitals have been forced to suspend temporarily all non-emergency surgeries so that doctors can cope with the influx of Covid patients.

The situation is also dramatic Romania, where the morgue of the capital Bucharest has run out of places.

Full fifth wave also in Greece, where hospitals in Thessaloniki and Volos have run out of intensive care beds to the point of having to intubate patients in corridors and parking lots.

Heavy situation even in Czech Republic, where the record of cases is updated, 22,479 in the last 24 hours: it was therefore decided to prohibit access to public events for non-vaccinated people.

From Thursday, theIreland will impose the curfew from midnight to bars, restaurants and nightclubs: Prime Minister Micheal Martin has announced a series of measures to “reduce socialization”: from smart working to the vaccination pass, which is required in an increasing number of places, starting with theaters and cinemas. Ireland has one of the highest vaccination rates in Europe, nearly 90% of people over 12 vaccinated, but the booster program is only available for those over 60, healthcare professionals and people at risk: the government is now considering offering a third dose to over-50s and people with previous illnesses; and it is not excluded that he will decide on other restrictions in the coming weeks even if Martin himself has said that he does not want to get to the lockdown for the unvaccinated.

Also there France is on alert, but no new measures are planned for now: according to the government spokesman, Gabriel Attalì, “vaccination coverage is blocking the infernal mechanism of the virus and the sharp increase in infections has not followed, for the moment, the same impact on hospitalizations “.

In light of the increase in cases, in Sweden, on the other hand, from 1 December the ‘Green pass’ will be required for indoor events with over 100 people.