Does war move into space? 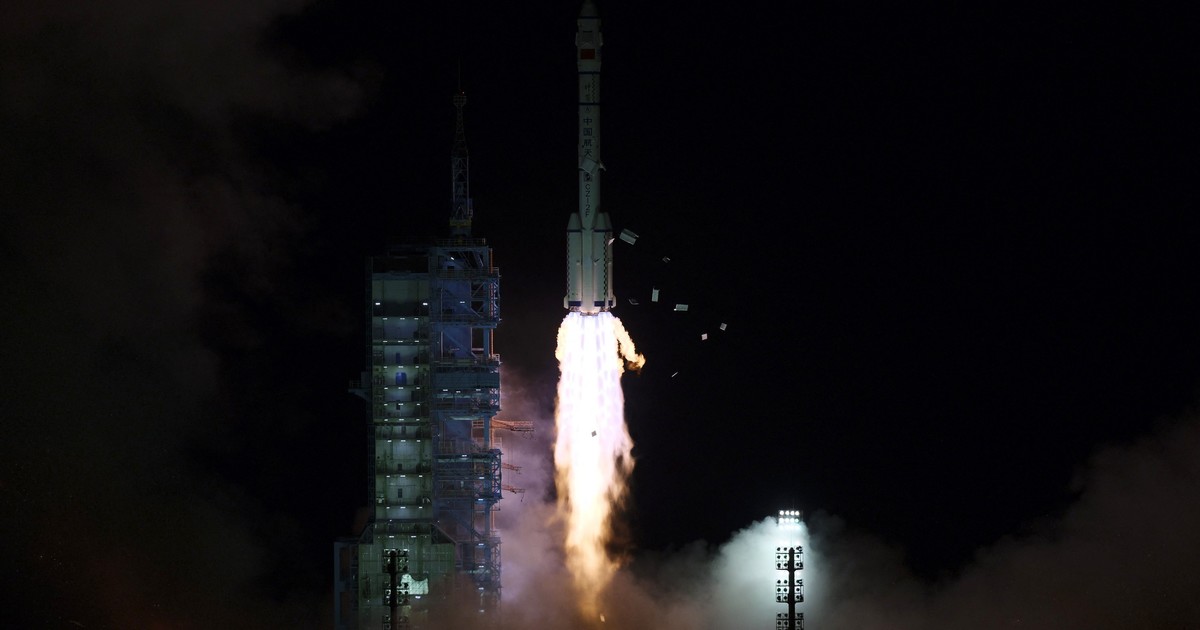 It was unclear whether the Cosmos satellites could attack USA-245, an American surveillance spacecraft.

“This has the potential to create a dangerous situation in space,” warned General Jay Raymond, chief of the Pentagon’s Space Command.

The incident happened, but it marked a new stage in the growing arms race in space, where potentially bomb-armed satellites, spacecraft firing lasers, and other technologies have gone from science fiction to reality.

The stakes became clear on Monday when Russia launched a missile from Earth that blew up one of its own satellites, in a show of force.

“It shows that Russia is now developing new weapons systems that can shoot down satellites,” he told a meeting with EU defense ministers on Tuesday.

Russia shows its strength with its spaceships. Photo: EFE

The militarization of space is as old as the space race itself: As soon as Sputnik was put into orbit in 1957, Washington and Moscow began exploring ways to arm and destroy satellites.

At first, the biggest concern was nuclear weapons in space. In 1967, superpowers and other countries signed the Outer Space Treaty, which prohibited weapons of mass destruction in orbit.

Since then, Russia, the United States, China and even India have explored ways to fight in space outside of the treaty.

That competition today focuses on the destruction of rival satellites, which are increasingly essential for the communications, surveillance and navigation of any advanced army.

In 1970, Moscow successfully tested an explosives-laden satellite that could destroy another orbiting satellite.

The United States responded in 1983, when then-President Ronald Reagan announced his ambitious Strategic Defense Initiative, the “Star Wars” program that promised anti-missile missiles and satellites that emit lasers or microwaves.

Much of the technology envisioned then was unfeasible. But in a landmark move, the Pentagon used a missile to destroy a failed satellite in a 1985 test.

For this reason, after trying for some time, the success of Monday’s Russian takedown did not surprise many experts.

“The Russians did not need to detonate the satellite to show that they had the ability to do so,” said Isabelle Sourbes-Verger, a space expert at France’s National Center for Scientific Research.

Instead, the episode was a demonstration “that, if necessary, Russia will not allow the United States to be the only one to control space,” he said.

Countries keep intense secrecy about their military space activities and, given that many of the technologies involved are of dual use – they serve civilian and defense purposes – their capabilities are not entirely clear.

But the race is such that by 2019, the year the Pentagon established its Space Force, it believed that Russia and China had the potential to surpass the United States.

“Maintaining US dominance in that area is now the mission of the US Space Force,” said then-Defense Secretary Mark Esper.

The race has evolved from the idea of ​​destroying satellites with missiles, or kamikaze satellites, to finding other ways to damage them with high-powered laser or microwave weapons.

Both Russia and China have developed “space stalkers” satellites that can be manipulated to physically interfere with others, according to Brian Chow, an independent space policy analyst who spent 25 years at the Rand Corp think tank.

With robotic arms, “they can just stalk the opposing satellite and move it to another location, or bend an antenna” to disable it, Chow said.

Those satellites are still few, but Russia’s deployment of two to threaten an American satellite in 2020 shows that the technology has arrived.

In addition, both China and the United States have top secret programs of small winged, reusable and robotic spaceships, which could be used with weapons and damage the opponent’s satellites.