France: Zemmour is discounting the “novelty effect” and retreating in the polls 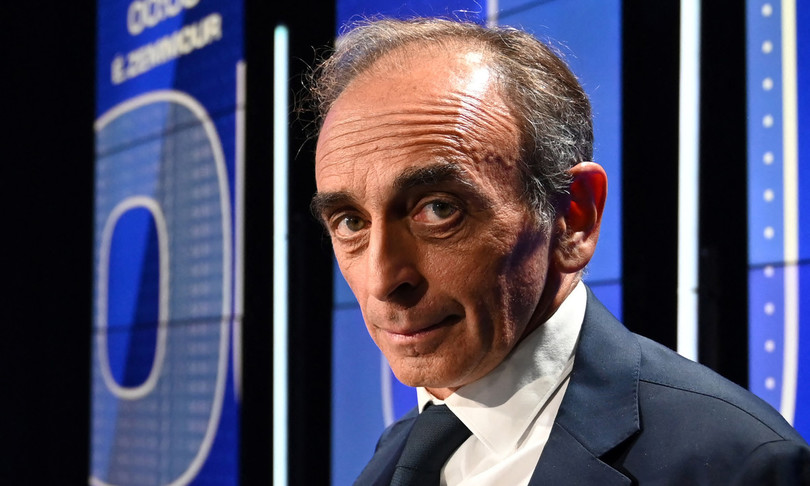 Eric Zemmour hits a setback, Le Pen makes a comeback and Macron veers to the right to reclaim the electorate. The scenario changes for the journalist and polemicist who represented the big surprise in the polls on the French presidential elections of 2022. His rise has been dazzling, incredible, which took place in a matter of months.

He had managed to outdo Rassemblement National leader Marine Le Pen to rank second in nearly all polls, in which current President Emmanuel Macron remains firmly in the lead. But now Zemmour is stationary; rather, according to some institutes such as Odoxa and Elabe he lost two points and dropped to third position, overtaken by its main rival, Le Pen.

To make matters worse, the journalist and polemicist is on trial for incitement to hatred and racial offenses for the statements on minor migrants made at the end of September 2020. Not only that, yesterday he was also rejected by the Royal Institute of London, which first gave him the opportunity to give a conference and then closed the door in his face believing that the risks hosting it outweigh the benefits.

What I want to say to the Yellow Vests:
➡️ https://t.co/cZTVxURZ5G#Yellow Vests pic.twitter.com/w4RtGu7OVs

The polemicist in trouble

According to some French media, his entourage is pushing him to declare himself a candidate without delay. But what is really happening to him? According to the political scientist Guillaume Bigot, interviewed by CNews, the polemicist is now paying above all for the novelty effect. “There was an immense curiosity for him for the fact that he changed status – observes the analyst – from a well-known journalist to a (potential) candidate”.

Bigot also believes that Zemmour, unlike Le Pen, “belongs to the elite and to cancel the effect the Rotary Club takes Trumpist positions in an attempt to seduce the most fragile part of the electorate, but this strategy is risky”.

But there is another element: “Le Pen is despised by the caste”, Bigot then observes who underlines however how the representative of Rn is, for better or for worse, really the only French populist force.

The surprising thing, explains the political scientist, is that “in some circles of power, starting with the Elysée, one can imagine that there is an interest in seeing Zemmour rise in the polls to bring down the Republican candidate Bertrand, the one for the moment more credited for Gaullists “. With this in mind Macron “would see Le Pen in the second round as the guarantee of his re-election”.

However, one fact is incontrovertible: in France the wind blows to the right and Macron has guessed this by assuming positions more on the right than on the left. Not only on the great issue of security, of Islamic fundamentalism that threatens the country on a daily basis – just look at the frequency of attacks or attempted attacks – but also on the economy and on another deeply felt issue such as pensions.

“We will have to work harder by delaying the retirement age,” he said in his latest speech to the nation, announcing that the reform will take place after the vote. The wind is blowing to the right and to say so is also a recent Fondapol poll in which 56% of those interviewed said that in the first round of the presidential elections they will vote for a candidate on the right “certainly”, “almost certainly” or “probably”.

34% responded that they would vote for a leftist candidate “certainly”, “almost certainly” or “probably”. The fragmentation of the political offer on the right, however, risks damaging this field.

Reason why Robert Menard, Mayor of Beziers, journalist and co-founder of Reporters Without Borders, called for unity to Zemmour and Le Pen: “I proposed that in February, when voting intentions usually take shape, which of the two will be behind the other (in the polls, ed) withdraws to make room for the other better positioned “, explained Menard to Agi.