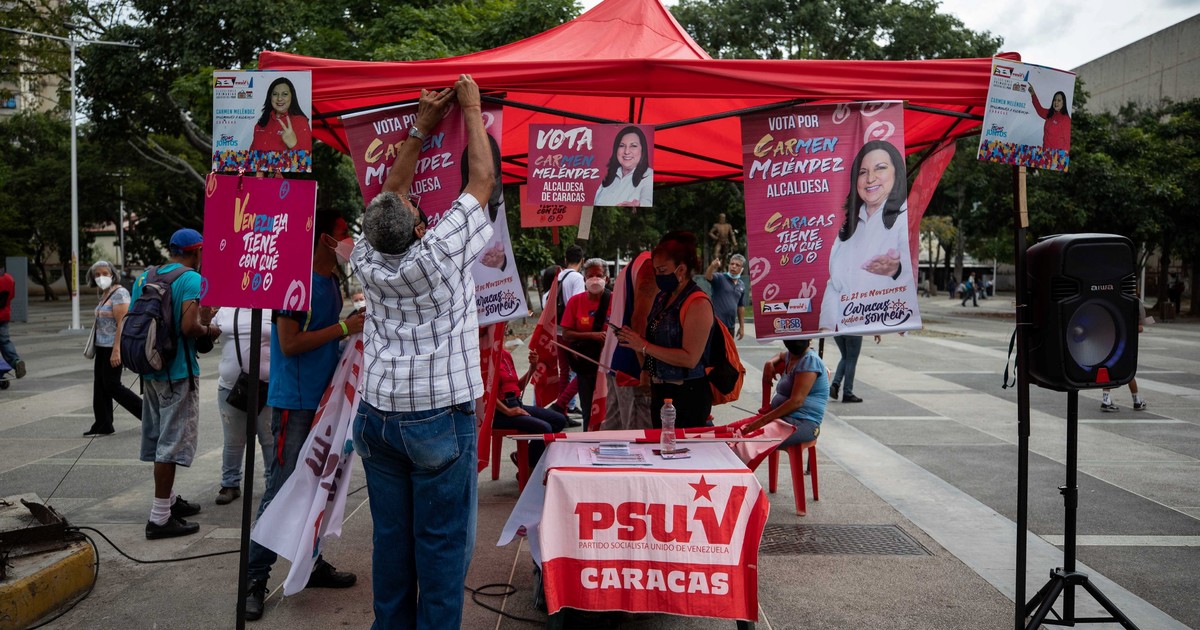 More than 70,000 candidates that compete for the elections of governors and mayors have closed their electoral campaign this Thursday, trying to break with apathy and Disinterest that voters show due to the lack of free and fair political conditions that characterize the electoral system of Venezuela.

What contrasts with that large army of so many Chavista candidates and opponents It is the little noise they have made in their street mobilization. It is the first time in the last 50 years that 70,244 men and women have registered, to be exact, that 3,082 positions of 23 governors, 335 mayors, councilors of the city councils and deputies of the regional legislative assemblies are disputed.

The key to the regionals is in the abstention figure, which benefits Chavismo. A bulk of the opposition led by interim president Juan Guaidó has urged abstention due to lack of conditions and another that does participate to scratch some charges against Chavismo, knowing that they will not be able to defeat the regime.

Opposition candidates go with scarce resources to advertise themselves while the ruling party do show off the latest technology to impose your presence on the streets. The few political caravans play reggaeton music. But there is little festive atmosphere compared to the hubbub and excitement produced by the electoral fever of the democratic past.

“It is a mega-election that we are going to win”, assured the president Nicolás Maduro by the Venezuelan state television channel (VTV) this Wednesday when he accompanied Admiral Carmen Meléndez, a Chavista candidate for the Mayor’s Office of Libertador, the coveted Capital District of Caracas, in the rehabilitation of the water aqueduct in The Calvary.

It is also the first time that the Chavista president has been reprimanded for violating electoral regulations. The vice president of the National Electoral Council (CNE), Enrique Márquez, denounced on Twitter that “The President of the Republic, his Minister Marco Torre, Carmen Meléndez, candidate for mayor of Caracas and other officials present, violate the Constitution, the Organic Law of Electoral Processes and other electoral regulations, by allowing the presence of the candidate in this act of government ”.

“The legal framework places public officials at the service of the state and prohibits favoring a certain political bias in the exercise of their functions,” Márquez recalled when requesting an investigation against the chief executive for electoral advantage.

In opposition, the candidate of the Democratic Unity Table (MUD), Tomás Guanipa, closed his campaign with a walking tour of the Pastora neighborhood, neighboring the Miraflores Palace, seat of government, in an attempt to capture the votes of the caraqueños unhappy with chavismo that “has left them in complete poverty and ruin without basic services such as water, electricity and telephony,” denounces the opposition candidate for the main plaza in Caracas.

Another of the important and strategic places for the central power is the government of Miranda, where half of Caracas live, where the ruling party leads Héctor Rodrígue as a candidatez, who has not campaigned much because the division between the opponents Carlos Ocaríz, champion of the MUD and David Uzcátegui of the Neighborhood Force gave him all the advantage.

The division of the opponents by Miranda, however, managed to be corrected at the last minute with the resignation of Carlos Ocaríz, but with difficulty for the voters who They must take four tangled steps on the digital screen of the electronic machine to be able to vote for the MUD card.

It is also the first time that the opposition has participated in an election called by Maduro after 2015 when the National Assembly won. So far the opposition has abstained because the regime has banned the main political organizations, disqualified their leaders, imprisoned them and sent them into exile.

Behind the opposition participation has been the former governor of Miranda and former presidential candidate Henrique Capriles, who has accompanied the candidates during the campaign. He considered that a triumph for the opposition next Sunday “It will be to win at least one councilor in each municipality of the country, so that he becomes a leader that promotes political change from his locality. ”

The regionals also have the international observation of about 300 invited people of which stand out 55 of the European Union, whose spokesperson Isabel Dos Santos shows balance and normality amid the fights between opposition candidates such as the blow that Raúl Yusef (MUD) gave to Américo De Grazia in Bolívar state, in the south of the country.

One thought on “70,000 candidates fight for 3,000 positions amid population apathy”