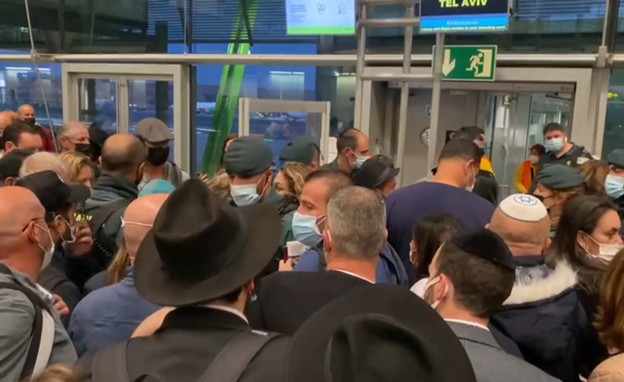 A delay in the flight of the “Iberia” company from Madrid to Israel tonight (Thursday) led to a riot at the airport of the Spanish capital, during which one of the passengers collapsed and lost consciousness. The commotion began following a delay caused in the departure of the flight for no apparent reason and the replacement of the aircraft. Some of the passengers began to be pushed towards the exit gate of the plane – and were pushed back by the security forces. Additional security forces were called to the scene.

According to the delayed passengers at the port, the flight was supposed to depart at 16:30, but until that time the gates to board the plane had not been opened and the ushers at the place did not explain why. Some of the passengers who were afraid of losing their place in the flight began to run towards the gate, and during the ensuing commotion one of them fell and lost consciousness.

Other passengers revolted against them, urging them to stop and not try to burst into the boarding gate. “Shame on you, we are the people of Israel, how are you behaving?”, They shouted at the rioting passengers. “People here shouted ‘go back’, ‘do not overtake’, urgency and cursing. The rush started to calm down only after one of the people collapsed,” an eyewitness said. “It is really a shame how the Israelis behave here,” he added.