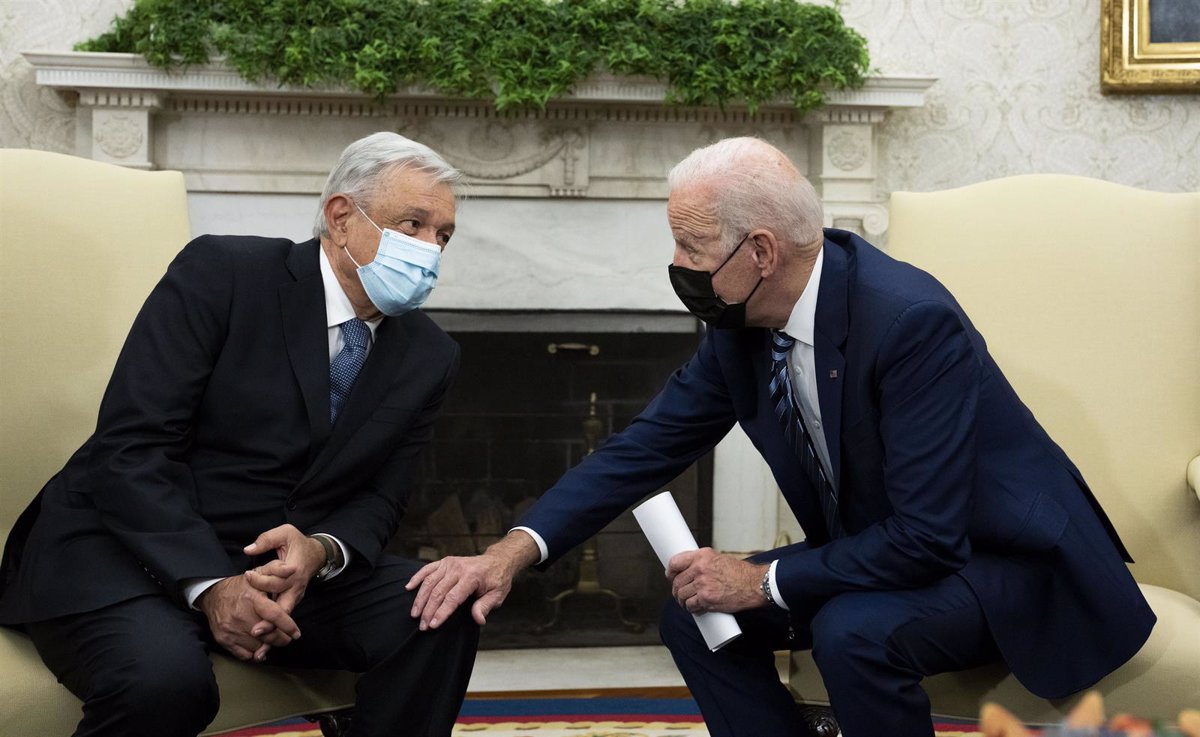 The president of the United States, Joe Biden, received this Thursday at the White House his Mexican counterpart, Andrés Manuel López Obrador, to whom he has made it known that Washington no longer uses expressions such as “our friends from the south”, but rather treats on equal terms.

“Actually, Mr. President, we no longer use expressions such as ‘our friends from the south’, but we are talking about our peers, our countries are on an equal footing, and that’s what I like,” Biden told López Obrador in a previous meeting before the celebration of the IX North American Summit, in which Canadian Prime Minister Justin Trudeau also participates.

“It is a new emerging relationship that is based on mutual respect (…). I know that we are both committed so that democracy really helps our people, Biden has emphasized.

For his part, López Obrador recalled one of the points that both addressed the first time they spoke by phone, that the United States would stop seeing the rest of the region as its “backyard.”

“In this way we do not need to be reaffirming our principles of independence and sovereignty. We are very grateful for this respectful treatment,” said a López Obrador, who has also conveyed his “approval” to the initiative “to regularize the migratory situation of eleven million people. “.

“We are attentive to this process and we hope that both the legislators of the Democratic Party and the Republican Party support it in Congress (…) an initiative that benefits millions of Mexicans who live and work honestly in the United States,” which it has a “social dimension” and “does justice.”

Before meeting in the Oval Office, López Obrador also met with the Vice President of the United States, Kamala Harris, to whom he also conveyed this good reception that the Biden regularization law has had within the Mexican Government; and with Trudeau, with whom he has reaffirmed an agreement to implement new, more inclusive public policies for indigenous peoples.

This was the last bilateral meeting on Thursday before the three leaders finally meet to address issues of integration, migration, health and economic recovery.

This is the first meeting of the so-called ‘Three Friends’ summit since 2016, when former President Donald Trump unilaterally decided to suspend these meetings under protectionist arguments against free trade.