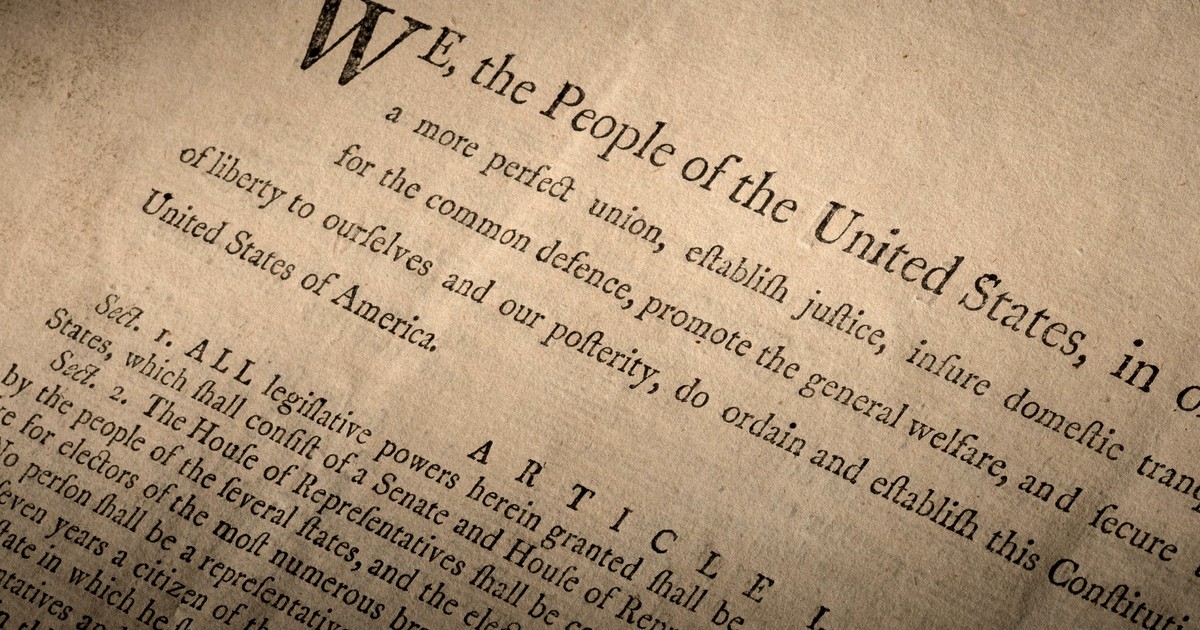 An extremely rare original copy of the United States Constitution was sold Thursday for $ 43 million, a world record for a landmark document up for auction, according to the Sotheby’s house.

This auction firm pointed out that it is one of only 13 surviving copies of the United States Magna Carta, signed on September 17, 1787 in Philadelphia’s Independence Hall by the founding fathers of the country, including George Washington, Benjamin Franklin, and James Madison.

The identity of the winning bidder has not been disclosed. A Sotheby’s spokesperson confirmed that the sale, closed in $ 43.2 million, including commissions, represents a world record for a historical document sold at such events.

The original copy sold Thursday was owned by American collector Dorothy Tapper Goldman and it was one of only two that were in private hands.

A group of cryptocurrency investors had raised $ 40 million to purchase the document, but were unable to win the bid.

And the business group added: “We have broken the record for the largest fundraising for a physical object and the highest amount of money raised in 72 hours, which will be returned to all who have participated.”

Selby Kiffer, a Sotheby’s manuscript and antique book expert, explained in September that this copy was likely part of a 500-copy edition printed on the eve of the signing.

At the end of September it was estimated to be worth between $ 15 million and $ 20 million, the final price more than double that valuation. The auction took just eight minutes, with candidates physically bidding in the New York room, while others launched their bids over the phone from the rest of the world.

Later it was ratified by the different federal states between December of 1787, in the case of Delaware, until May of 1790 in Rhode Island.

In September, Kiffer said he “found it very interesting” that the Constitution is still “as debated today as it was during its ratification” more than 230 years ago.