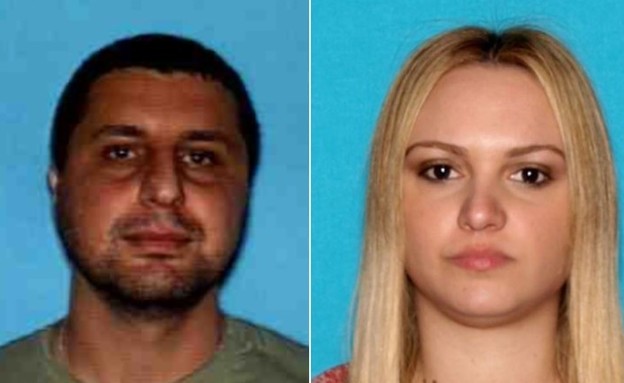 Richard Ibzian and his wife Marietta Treblian were jailed for their part in a huge theft of government aid money to victims of the Corona crisis, but then cut off their electronic tracking bracelets, fled their home in California and abandoned their three adolescent children.

At the end of August, the couple left a printed note for their children, aged 13, 15 and 16, which read: “One day we will be together again. This is not a farewell but a short break from each other.” Almost three months later and five months after their conviction in June, the couple have not yet been found and theFBI Looking for them.

The court this week sentenced Iwazian, 43, and Treblian, 37, 17 and six years in prison respectively in their absence. Prosecutors claimed they and others had formulated a plan to steal more than $ 20 million in aid money for small businesses affected by the plague.

“The defendants took advantage of the corona crisis to steal millions of dollars in much-needed government assistance intended for people and businesses suffering from the economic impacts of the worst plague in the last hundred years,” U.S. Attorney Tracy L. said. Wilkson. Another federal prosecutor said this was the first case of its kind heard in the state.

Ibezian’s couple and brother, Arthur, 41, were found guilty of conspiracy to commit bank fraud and money laundering in a June trial. Both Richard Ibzian and his brother were convicted of identity theft under aggravated circumstances.

According to court documents and evidence presented at trial, the three used fake or stolen identities – including the names of dead and foreign students who briefly visited the U.S. years ago – to apply for about 150 federal loans in the San Fernando Valley.

One thought on “Stolen millions of aid money to Corona, escaped”