The advance of the Pd and M5s in the polls continues 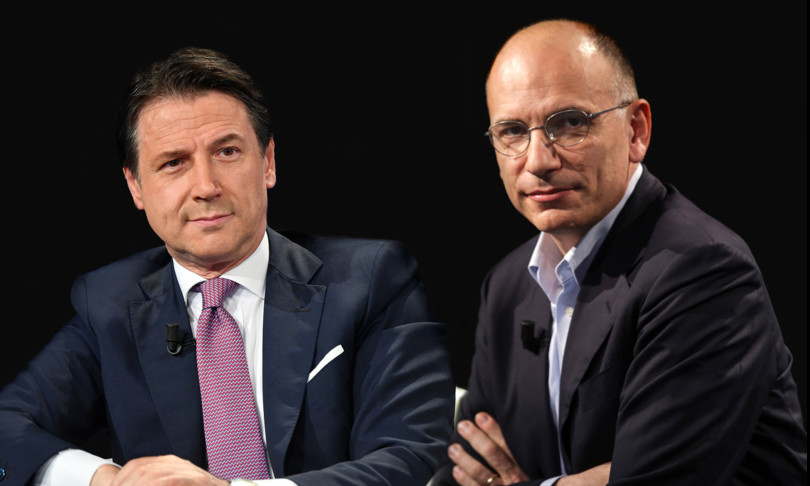 – The political framework is set in motion, while we are getting closer and closer to two very important institutional deadlines: the Budget law, to be examined and definitively approved by December – and the contents of which will be decisive for the implementation of the PNRR – and above all the election of the President of the Republic, around the end of January.

The latest trends detected by the polls confirm this movement, with developments that have been set in motion starting from the results of the recent administrative elections (won by the center-left) and which are consolidated again this week. Even today’s Supermedia, in fact, photographs a particularly positive moment for the PD – which is confirmed in first position with 20.3% of the votes – but also for the 5 Star Movement (16.2%), while the two main center-right parties, Lega and FDI, both recorded a negative change (losing 3 and 4 decimal places respectively).

The parties have evidently “smelled” this moment of change, and are positioning themselves (or re-positioning) to intercept the good moment – or to limit the damage, as the case may be. In recent days, however, the most “restless” subject seems to be the 5 Star Movement, which first opened a controversial front with Matteo Renzi and Italia Viva (with the former PD secretary who responded by challenging Giuseppe Conte to a televised debate) ; and then opened another, this time for “exclusion” from the new RAI appointments.

Waiting to see if this “movementism of the Movement” will have effects on the consensus (in terms of voting intentions in the M5S, but also of personal trust of the Count himself), it should be noted that in aggregate terms, the center-right is in the process of retreating. It can be seen well considering the political aggregates based on the electoral coalitions of the 2018 Policies, which tell us that to date the center-right is the most competitive coalition on paper, but also that its 46.5% today is the worst figure for the longest. two years now.

The decline in the center-right is certainly due to the uninspiring moment of the Lega and FDI; but also – and it is a trend that we have been observing for some weeks now – to the almost total “disappearance” from the polling radars of the minor centrist subjects (Toti-Brugnaro-Lupi). Also as a consequence of this, the gap between the Giallorossi component of the majority widens further and that of the government center, now separated by more than 11 points. A factor that inevitably has (and will have) its weight when the Government finds itself making decisions that will have to take into consideration the actual weight – political and parliamentary – of the various components of its large majority.

We will certainly have a perfect example of this need to balance different sensitivities on the decisions concerning the containment of infections. As we have seen, in fact, with the arrival of the autumn season the number of infected people is significantly increasing, and this is very clear to the Italians, who are – even in the polls – increasingly worried about the arrival of the “fourth wave”, and a clear majority of little solidarity with the “no Green Pass” events, whose claims seem to be losing strength from week to week. The structurally minority of these positions is confirmed by a recent photograph taken by the Demos institute last week: according to this survey, for almost 8 out of 10 Italians the Green Pass would be “a necessary measure to safeguard health”, and only the 18% see it as a limitation of freedom.

Demos survey for @republic: for 78% of Italians the Green Pass is a necessary measure to safeguard the health of citizens.
Among the voters of FdI the figure is lower but still higher than 50%. pic.twitter.com/QjyGvsfKtR

It is significant, from this point of view, how the “yes Green Pass” are in the majority even in the main opposition party, the Brothers of Italy, which has certainly not hidden its doubts and criticisms on the green certification. The Government seems to be based on this (broad) basis of consensus when – as proposed by Minister Patuanelli – it examines the possibility of a “strengthening” of the Green Pass, for example reserving it exclusively for vaccinated people, and no longer results negative after a swab.

NOTE: Supermedia YouTrend / Agi is a weighted average of national polls on voting intentions. Today’s weighting, which includes surveys carried out from 3 to 17 November, was carried out on 18 November on the basis of the sample size, the date of implementation and the method of data collection.
The surveys considered were carried out by the Demos institutes (publication date: 13 November), EMG (16 November), Ixè (8 November), Noto (4 November), SWG (8 and 15 November) and Tecnè (6 and 13 November ).
The detailed methodological note of each survey considered is available on the official website www.sondaggipoliticoelettorali.it.