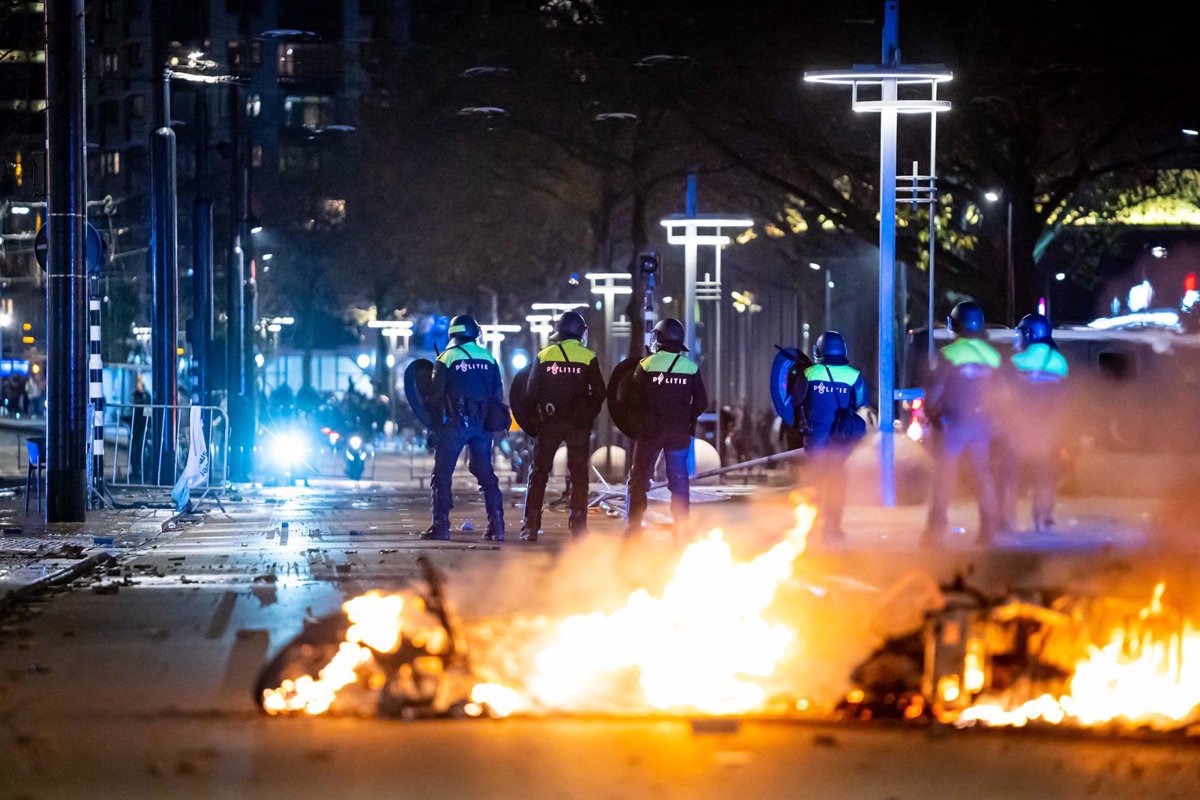 The Police have recognized the use of warning shots and confirmed two gunshot wounds in incidents with law enforcement officers that will be thoroughly investigated.

The Dutch Minister of Justice, Ferd Grapperhaus, has denounced numerous targeted attacks against police officers, firefighters and journalists during protests that forced the emergency deployment of hundreds of officers until the situation was more or less controlled during the first hours of the early morning.

Firefighters have also had to go to put out several of the fires caused by the protesters, reports the NOS network. “This has nothing to do with demonstrating, but with rebellious scum and naive and stupid followers,” denounced the Chief Executive Officer of the Dutch Police, Koen Simmers.

The Police have also confirmed this Saturday the presence of several thousand people in the streets of Amsterdam during the last hours to protest against the possible tightening of the measures, despite the fact that the organizers of this march had announced their suspension so as not to inflame even more tension.