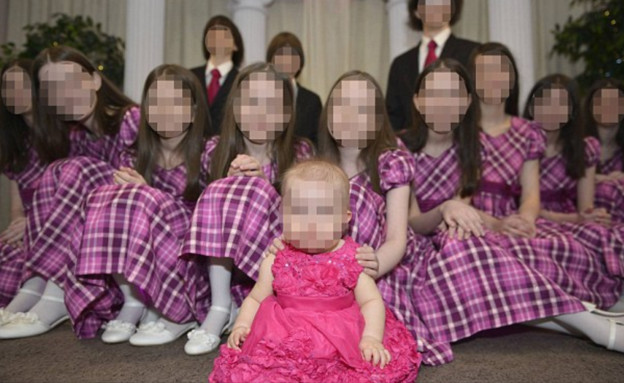 Three years after law enforcement in Paris, California, released 13 Turpin family members from their parents’ horror home, it turns out they fell victim again – but this time to U.S. welfare services. Following an interview with the two older sisters in the family, Jennifer and Jordan Turpin, it emerged that they and the rest of their family members are struggling to cope with the complicated bureaucracy of social services in their area, and some have already found themselves homeless or victims of physical violence.The David Louise Turpin horror house affair exploded in January 2018, when Jordan, then only 17, managed to escape from the house and contact authorities. She told them about her brother chained to the bed, and immediately got help.

It took many more months until the investigators were able to fully understand the magnitude and severity of the torture suffered by the 13 children of David and Louise Turpin. The parents, who initially said they were not guilty of 75 counts, pleaded guilty to 14 charges against them in court and in April 2019, were convicted of their actions and sent to serve a life sentence with the possibility of pardon in just 25 years. Nevertheless, it now turns out that their children’s nightmare continues.

According to an investigation by the news company ABC7, the thirteen brothers and sisters are entitled to access the fund with close to $ 600,000 from donations designed to help them start their lives anew. Despite this, a recent investigation has raised suspicions that the guardianship office of some of the adult family members is depriving them of access to these resources. In other cases, social services housed the victims in foster homes where child abuse was reported and over the years, even one member of the Turpin family complained that he had been the victim of abuse in the same home.

“Family members fell victim again, this time to the system”

Melissa Donaldson, a senior at Riverside, California Welfare Services, described how some family members felt they had fallen victim not only to their parents’ abuse – but also to the system. Allegedly, there were cases where children did not have access to a safe roof or even a hot meal. In other cases, the older brothers and sisters were forced to survive through “couch surfing” (being hosted by a stranger without a financial contribution) and even described how they “felt betrayed” by the authorities.

“Have we encountered situations where family members did not have a place to sleep or did not have enough food? Unfortunately, yes,” Donaldson noted in an interview with the “20/20” program. “Some of the victims had to go to churches for hot meals because they just did not know how to handle money. Some of them did not even have a roof over their heads at the time.”

Donaldson, crying, described in frustration how countless professionals offered their help to family members when the affair exploded – but the authorities did nothing about it. “We had thousands of offers of help from dentists, GPs and people who said ‘we will help them at our expense,'” she said. “Please just send them to us. I referred them all to the Child Welfare Council and the hospitals, and they did not use the services of any of them.”

I highly recommend last night’s 20/20 about the turpin family pic.twitter.com/eqzbcNLR0j

In another case it was reported how Joshua Turpin, one of the older brothers, now 29, asked for the help of the Custodian Office to gain access to the donation fund for the purchase of a bicycle. Despite this, he was rejected. “Every time I try to withdraw money, I run into problems,” he told ABC7. According to him, he simply asked to withdraw some of the money to buy a bicycle because he has no way to get around his home. He added: “Every time I called and asked to withdraw money, they rejected me. When I asked my lawyer to give me the name of the person in charge of the fund, he refused to help me.”

An investigation by the news channel revealed that a woman named Vanessa Espinosa is one of the women responsible for the well-being of the 7 adult family members – including Joshua Turpin. By virtue of its role as espinosa, it was meant to help victims obtain medical care, food, education, and shelter. Despite this, Joshua claims that she always addresses him to others instead of helping him or his family. “Every time I would ask her for help, she would just tell me ‘go get it,'” he noted. “She did not help us at all.”

Another disturbing testimony that emerged from the investigation into the family members revealed that some of them live in very difficult residential neighborhoods in California. Donaldson noted that the area is infested with criminals who exploit the innocence of the victims and in one case, even attacked one of the brothers. Wade Welswick, an investigator for the district attorney’s office, commented on the violence against the Turpin family and said: “Everyone has the fear instinct. It just does not exist in them and then they are thrown in one of the most violent and unsafe places in the area.”

District law enforcement agencies have since launched an investigation into the chain of events. Riverside District Attorney Mike Hestrin, referring to the affair, said: “There are resources devoted to dealing with them, but they do not have access to them. They live in places that are not designated for human habitation, in hard crime neighborhoods. to use it”.

Hestrin continued: “Family members have fallen victim again, this time to the system. It’s inconceivable to me that we’ve encountered one of the worst cases of abuse in California State history, and we’re not even able to get organized properly to address their needs – even their most basic ones.”

One thought on “Paris, California: Children of the Horror House fell victim again”