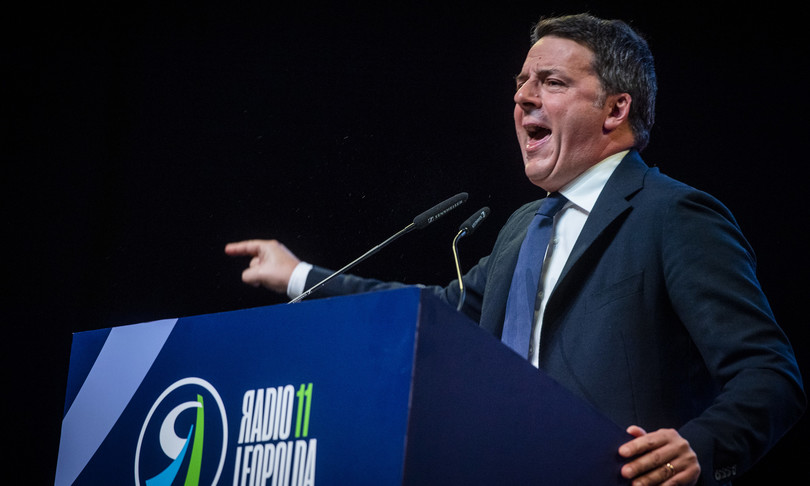 The forecast it launches is for the next few months: in 2022 the leaders of the main parties, from the 5-star Movement to the Democratic Party, from the League to the Brothers of Italy, will choose to go to the vote. Matteo Renzi says it from the stage of the eleventh edition of the Leopolda which closed today in Florence. “I have the impression that they have an interest in going to vote: an interest that is political and in some cases personal, because someone wants to bring their reference group to Parliament “.

For the leader of Italia viva, this choice would still be “a mistake for our country, because the priority must be to work on the NRP, an incredible amount of money, which we will not have for years “. In his speech Renzi also looks at the house of the Democratic Party, and there are not a few arrows he throws at his former teammates. he tells us that we are in contradiction with ourselves, I remember that ten months ago he said ‘either Count or death’. Today we have fewer seats, but Italy is safe thanks to Draghi and Iv and not thanks to a cheerful group of people who think only of themselves”, He explains to the applause of the audience.

At the party off Largo del Nazareno, the leader of IV reproaches the proximity to the grillini also in other passages of his speech, and he looks at the center as the “political place of victory or defeat that can be, and probably will be, decisive in elections in Europe and in the world”.

Before addressing the issue of the election of the next President of the Republic, Renzi thanks Mattarella for his seven years. And as the audience stands for a long stanting ovation, he says he is “proud to have contributed to the election to the Quirinale of a gentleman like Sergio Mattarella, who ruled our country at a time when someone wanted to try him for high treason. He served the institutions and our thanks go to him ”. In choosing the next tenant of the Colle, he said, “we should once more have the country’s interest, its international prestige, the stability of its institutions, the strength of its cultural, economic and political influence as the guiding star.”

We will therefore have to vote “for a President who is able to guarantee the democratic transition at the European level, because we need a stronger Europe.” After having launched the candidacy – without agreements with other political forces – by Davide Faraone , group leader Iv in the Senate, as mayor of Palermo, Renzi returns harshly to criticize the left on the Zan bill. The dismissal of the parliamentary procedure of the provision of recent months, he stresses, is “the symbol of a left that is on the side of the bla bla blah and not of values. Politics – he adds – is to bring the laws to the Official Gazette, not to carry banners in the parades. La Leopolda is a nursery where ideas that change the country are born. Like the one on civil unions. Keep your posts, chase influencers but don’t tell us this is politics. ”

Concluding his speech, before the notes of ‘Silent and good’ by the Maneskin start, Renzi returns to the starting point: to the prediction of the vote in 2022. “If you vote, they will find us “ready, smiling and enthusiastic with all the strength of our ideas, which we have not changed to embrace Conte or Meloni “, he assures and reiterates that Italy alive will never be with the sovereignists,” because Europe is not the enemy and is the exact opposite of them “, nor with the populists” who they only give subsidies. “The last invitation is reserved for younger people:” We are those of citizenship merit, not of citizenship income, those of Europe, not of sovereignty, those of politics not populism “.

One thought on ““The vote in 2022 would be a mistake, but Italia viva is ready””