USA: 5 killed and dozens injured in a stampede at a Christmas parade 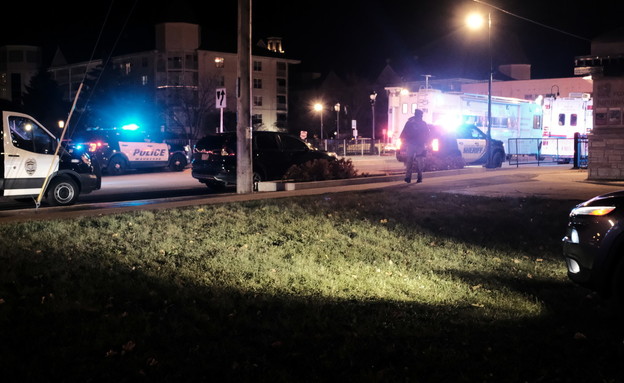 Disaster at Christmas celebrations: Five people were killed and more than 40 were injured last night (Monday) in a car crash in the US state of Wisconsin, according to eyewitnesses. At the scene, the local police chief confirmed that one of his men opened fire on the offending driver, who managed to escape but was caught shortly afterwards.

You can see a red SUV speed right past these band members, hear screams and then a law enforcement officer running. @fox6now pic.twitter.com/8lO5oRuP1I

And fled the scene:

BREAKING: First video of a red Ford Escape breaking through barriers after mowing down parade goers and firing rifle into crowd in Waukesha, WI pic.twitter.com/QHDi2fsKDz

The incident took place around 01:30 Israel time, in a town about 30 km from the city of Milwaukee. Rescue workers said earlier that 11 adults and 12 minors had been taken to hospitals in the area.

Please pray for our community tonight after the horrific events at the Waukesha Christmas Parade.

Large forces of the police and the Authority for the Enforcement of Alcohol, Tobacco, Weapons and Explosives have arrived at the scene. Local police called for refraining from arriving at the scene and opened a family reunification center, for the benefit of parade participants who had lost contact with loved ones. In a briefing given by police officer Daniel Thompson, he updated that in the incident some of the participants in the parade were killed, but did not give their exact number until the messages were delivered to their families. He added that the background was actually under investigation.

“After half an hour we saw a red jeep driving fast down the street,” said journalist Kylie Sterl, who was present at the scene. “People were screaming, and we thought it was Santa Claus – but the vehicle hit a lot of people. Next to me were at least four people lying on the floor and others came to help them. They breathed, but did not move.” Angelito Tenorio, another eyewitness, said of “a loud thumping sound – followed by deafening screams from people injured by the vehicle”.