Berlusconi opens up to citizenship income. Most of them are nervous about the maneuver 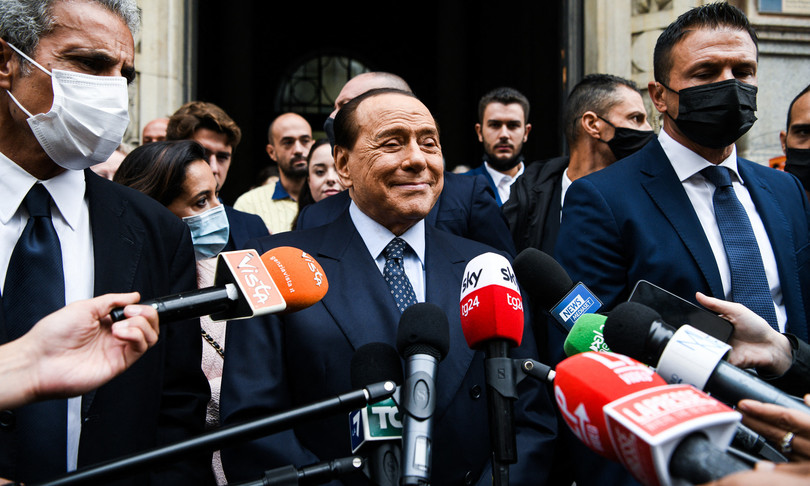 – Still troubled waters in the majority on the maneuver, where the agreement on the speakers is struggling.

But the parties that support the Draghi government are also struggling to find the right balance on the changes to be made to the text: the assertion of their priorities continues and the distinctions flock. In the meantime, the hearings continue in the Senate which will end on Tuesday evening with the Minister of Economy Daniele Franco.

And on the eve of a new meeting at the Mef with the economic leaders of the parties to seek an agreement on the tax front, the surprise opening of Silvio Berlusconi on citizenship income, a ‘flag’ measure of the 5 stars and confirmed in the law of Budget albeit with some changes.

An opening, that of the blue leader, who ‘displaces’ the center-right allies, who are strongly critical of the confirmation of income.

Matteo Salvini announces that he will ask for a meeting with Prime Minister Mario Draghi, because for the League the priority now is the fight against the ‘expensive bills’. The Northern League leader makes it clear: “It is necessary to find more money immediately for block increases in bills. It is the most urgent thing: millions of families and businesses risk having electricity and gas cut off “.

Well, this is Salvini’s proposal, “we need at least 3 billion, cut down on the waste and cunning of citizenship income”. Words that seem to ‘contradict’ precisely those pronounced by Berlusconi in an interview: “The amounts that ended up in the smart ones who were not entitled to them are very little compared to the situations of poverty that income has finally gone to counter”, he explains. in fact the Knight.

Which, on the other hand, collects the applause first of all of the pentastellati, but also of the Democratic Party and the left. And Osvaldo Napoli of Coraggio Italia observes: “The center-right is preparing to experience sudden skids every day, and it will be increasingly difficult to reverse after certain openings. Coalition? More likely to me it seems that today’s openings by Berlusconi foreshadow in some way the desire to continue with the current government, even at the cost of doing so with a different majority “.

“After three years Berlusconi has understood that citizenship income is a social measure that helps the weaker classes and also those who lose their jobs and need assistance in the emergency phase”, comments the M5s group leader in the Chamber Davide Crippa, according to which “the corrections of the income requested and obtained by us also in this maneuver intervene on the preventive control”, he adds.

“Berlusconi’s judgment on citizenship income has a political weight that cannot be overlooked”, explains the president of the Labor commission, Romina Mura of the Democratic Party. “Even Berlusconi has recognized that the citizen’s income is a support measure for millions of families in serious poverty. It would not be bad if now Salvini, Renzi and Meloni also noticed it and that they would end it with their furious and immoral campaigns against people in difficulty “, argues the leader of the Italian Left Nicola Fratoianni.

On the opposite side, Italy is alive. Matteo Renzi, closing the eleventh edition of the Leopolda, addresses his former party colleagues: if the Democratic Party “marries the 5 stars, it is the Democratic Party that abandons the reformist house from which it started, it is not us. legitimate to embrace the beliefs of others, but not to say that we want to go with Salvini and Meloni “.

After all, the former prime minister points out, “it is not we who have left the compass of reformism, but of those who pursue populism and those who wink at citizenship income”.

And the party president, Ettore Rosato, urges: “I no longer want to have the DNA test done by those who wanted to go to the elections with Salvini in 2019, Zingaretti had his reasons … I’m no longer there. Have we changed our mind about justice? We haven’t, it is the Democratic Party that has changed its mind.

On citizenship income Zingaretti used harsher words than ours, now they have bought it … “. Renzi Teresa Bellanova comments:” They tell us that we are against the poor. Citizenship income is the denial of people’s dignity, a generalist tool is not needed for poverty, but a dedicated one “.

To those who criticize Berlusconi’s exit, the blue Sestino Giacomoni replies, explaining that “there is no surprise”, the Forza Italia leader is only consistent, as “among the measures that FI proposed during the campaign electoral of 2018 there was the ‘Income of dignity’, a support to be given to all those who did not have a decent income to live “,” had the same goal of the citizenship income, that is to help those who are left behind “, recalls Giacomoni.

But FdI thinks like Salvini: “Cut taxes and stop the increases in bills rather than finance the waste related to citizenship income”, explains the group leader in the Chamber, Francesco Lollobrigida.

One thought on “Berlusconi opens up to citizenship income. Most of them are nervous about the maneuver”