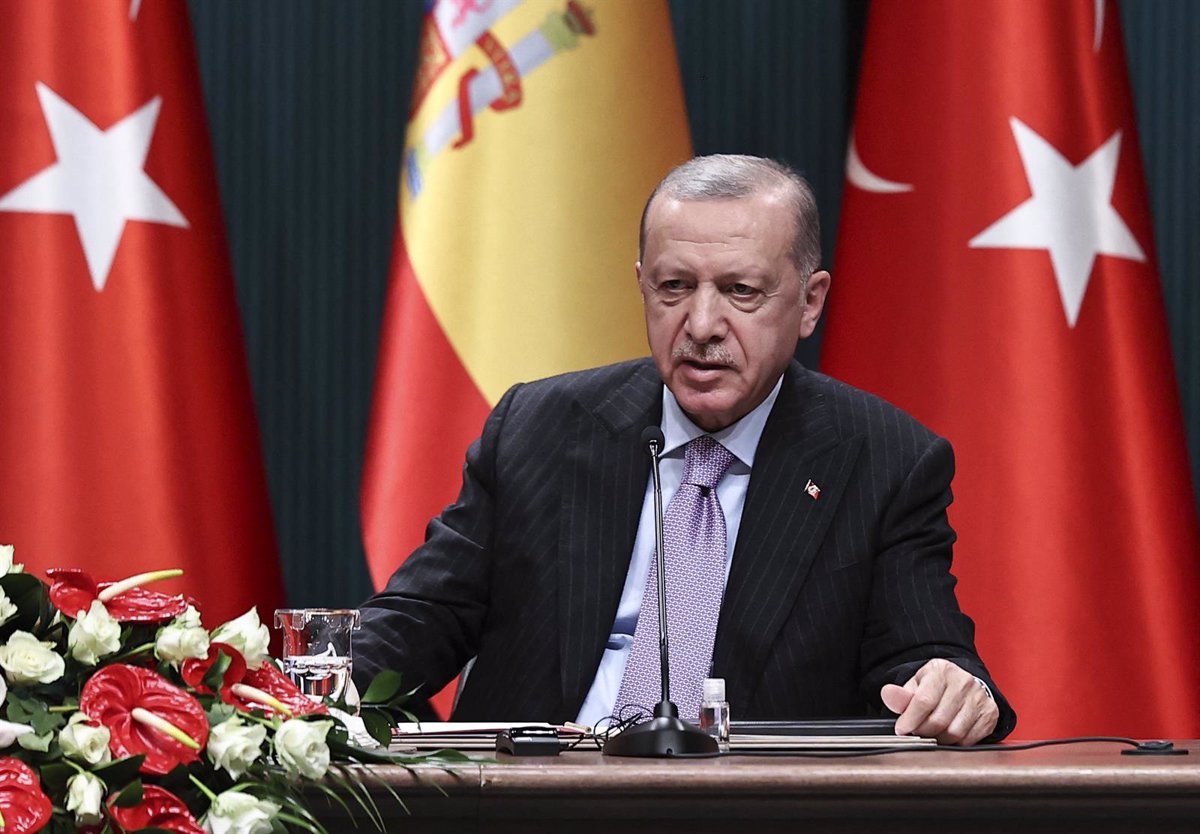 The President of Turkey, Recep Tayyip Erdogan, has requested this kill from the International Criminal Police Organization (Interpol) for its cooperation in order to extradite fugitives and suspected terrorists to the country.

After expressing his gratitude to the organization for its support in the fight against crime, Erdogan said that he “looks forward to Interpol’s cooperation in the fight against terrorism as well.” “We look forward to your solidarity in extraditing fugitives belonging to separatist organizations and the FETO network” of the influential cleric Fetulá Gulen, whom Ankara accuses of having orchestrated the 2016 coup attempt.

“Let us remember that each crime that is not punished will lead the perpetrator to grow larger. Terrorists, who kill innocents, including women, children and the elderly, should not walk around at ease,” he stressed before condemning the actions of some countries, which interfere in the work of Interpol.

For this reason, he said, it is important that Interpol “unconditionally support the fight against terrorism,” according to the newspaper ‘Daily Sabah’. In addition, he recalled that Turkey is one of the countries most affected by conflicts “especially in relation to Iraq and Syria.”

“We are currently hosting a total of 5 million refugees, of which 3.6 million are Syrians who have migrated for different reasons,” he asserted. “We are directly affected by anything that takes place in territories ranging from the Balkans to North Africa, from the Caucasus to Asia.

However, he clarified that “despite these challenges,” the country manages to “guarantee the security and property of its citizens” while “contributing to international security (…) by preventing numerous attacks.”