Suspicion of a violent bacterium outbreak in an Israeli kindergarten in Cyprus: A baby dies 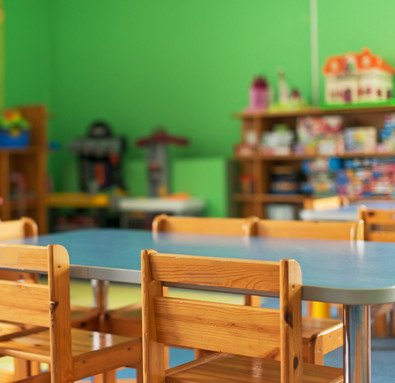 An exceptional case in a kindergarten of a Chabad house in Cyprus: A child dies following the spread of a carnivorous bacterium. Another girl infected with the bacterium is making her way to Israel on an urgent flight for medical treatment, the Foreign Ministry said. Families of the deceased child live in the south of the country. The Foreign Ministry said they are in contact with the family and are assisting her.

The toddler arrived at Safra Children’s Hospital in Sheba Tel Hashomer. The hospital clarified: “Her condition is stable and good, and she is undergoing a series of tests in the pediatric intensive care unit.”

“In Israel, there are about 50 cases of meningococcal infection that can cause serious illness and even death in children and young people,” Prof. Eyal Leshem of Sheba Tel Hashomer Hospital told N12. “Currently, there is a vaccine against meningococcus, but it is not given as part of the vaccination routine, but as part of the complementary health services and for every soldier who enlists in the IDF.”

He added that “from the moment of infection, an epidemiological investigation is carried out to see who was exposed to the patients and those exposed are given antibiotic treatment to prevent disease.”

The symptoms, the treatment – and the chances of infection: the “manic” bacterium that has spread in the garden

The bacterium Manigococcus is found in the pharynx of about 20% of children. In most cases it does not cause a serious illness, but it can become violent and produce an invasive infection that spreads throughout the body and leads to serious injury. Symptoms of the disease include high fever, decreased level of consciousness, drowsiness, red-blue spots on the skin that look like hemorrhages.

Once the disease is diagnosed, intravenous antibiotics are given. There are 13 different strains of the bacterium, 5 of which are the ones that cause the most morbidity. The most well-known and common strain among children is called strain B, and there is a shell that makes it difficult to create a vaccine against it unlike other strains.

Newborns receive antibodies from the mother, but in the age range between six months and two years there is a decrease in the amount of antibodies. A violent outbreak of the bacterium can occur at any age, but the proportion of young children affected by it, aged one to 4, is about a quarter of all victims.

One thought on “Suspicion of a violent bacterium outbreak in an Israeli kindergarten in Cyprus: A baby dies”