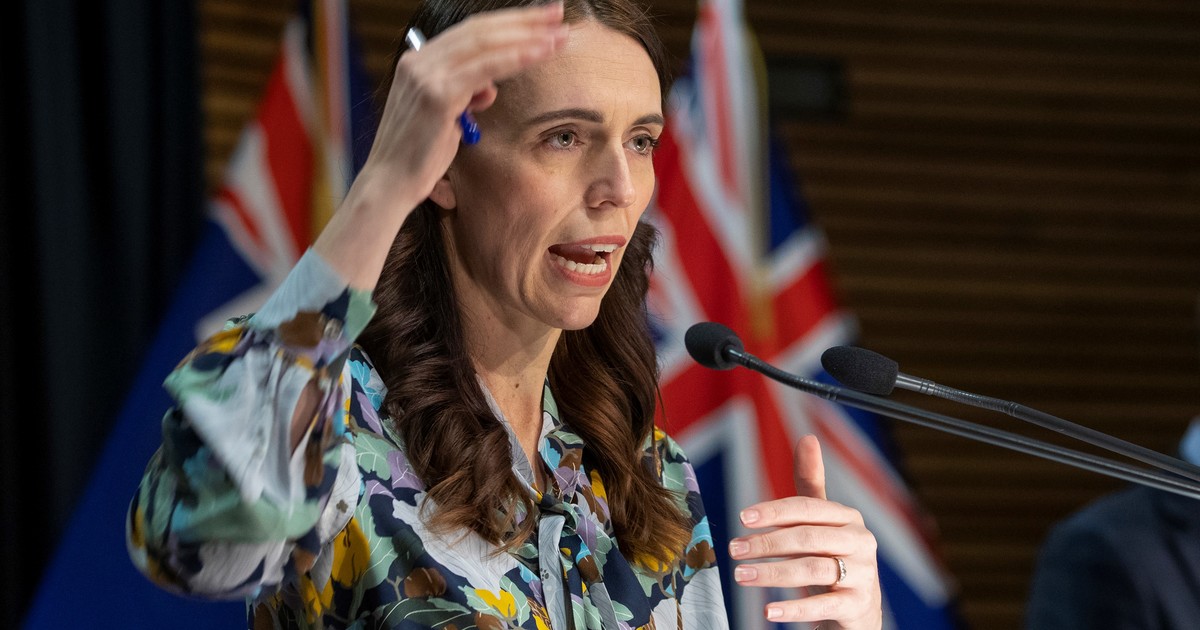 New Zealand authorities announced Wednesday that they will not open their borders to foreign travelers until April 2022Although vaccinated nationals and residents will be able to enter the country from January and February, depending on where they arrive from.

In a statement, the New Zealand Government indicated that on January 16 restrictions on New Zealanders will be lifted and those with residence permit flying from Australia, while those arriving from other parts of the world will have to wait until February 13.

The rest of the vaccinated foreign travelers will be able to travel to the oceanic country with almost no restrictions from April 10 next.

Entry into New Zealand, which closed its borders in March 2020 Due to the pandemic, it is carried out through a strict process in which places are drawn, which limit entry to small groups they have to quarantine for seven days.

Jacinda Ardern, at the conference where she announced the new system to manage the pandemic. AP Photo

“Closing our border was one of the first steps we took to keep our country safe from the coronavirus and opening will be the last thing we do“, said the minister in charge of the Response to Covid-19, Chris Hipkins.

“We made this announcement today so that families, businesses, visitors, airlines and airport companies can prepare. It is encouraging as a country that we can move towards greater normality“he added.

Last Monday, the New Zealand Prime Minister, Jacinda Ardern, announced that the country will adopt as of December a new flexible system of restrictions in the country, which includes perimeter closure of businesses in the event of a large increase in infections, but without declaring confinements.

New Zealand was one of the countries that acted before and most forcefully against the coronavirus and, in this way, has managed to maintain a low number of infections (around 10,390) and deaths (40).

Jacinda Ardern shows a map of New Zealand during covid-19, at a press conference in August. AP Photo

However, in October the strategy of zero cases was abandoned due to the increase in vaccination, with close to 70 percent of the inoculated population, while it is expected to reach 90 percent in the next few weeks.

End of confinement in December

As announced last Monday by the Prime Minister of New Zealand, Jacinda Ardern, the oceanic country will move to a new system to manage the pandemic, thus abandoning the confinement strategy.

Starting on December 3rd, New Zealand’s more than 5 million people will have to follow a color coding system, similar to that of a traffic light, which will determine the level of risk of Covid-19, once the country’s health regions administer the complete schedule of the vaccine to 90 percent of its target population.

In a press conference held in Wellington, the New Zealand capital, Ardern detailed some points of this brand new system that largely eliminates the possibility of new quarantines.

As clarified, all regions of New Zealand would go to the amber level, with the exception of Auckland, which will be governed by the code red, high alert. The city is in confinement for almost 100 days and is expected to reach the 90 percent vaccination goal soon.

Under this code, which assumes that the virus threatens to overwhelm the health system, hospitality businesses that require their customers to show a vaccination certificate can open with capacity restrictions, while those who do not request them must operate without contact. with the people.

The health authorities will also allow face-to-face classes to be taught at this level of maximum alert, although with social distancing measures and the use of masks.

What they will prevent is that unvaccinated people go to restaurants, gyms and social gatherings of more than ten participants.

With the amber system, on the other hand, businesses can operate freely with vaccination certificates, while with green there is freedom of assembly and movement for immunized and non-immunized.