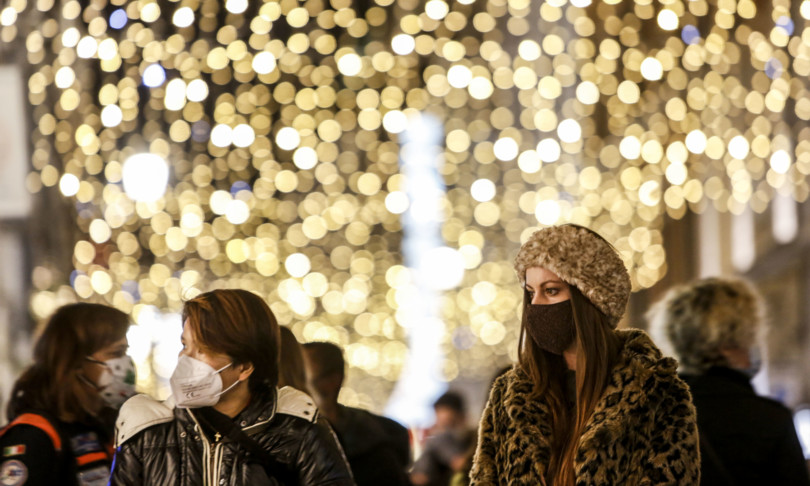 The reinforced green pass will be valid for the red and yellow areas, for the white areas the government plans to apply it only during the Christmas period. The new health passport will be valid from 6 December, in regions where the level of infections is low it could therefore last a month.

This is what emerged in the meeting that the executive had with the regional presidents before the Council of Ministers and during which no date emerged for the end of the state of emergency. The executive will evaluate the data later to make a decision.

In the meantime it has been communicated the extension of the vaccination obligation to teaching staff and law enforcement agencies, as well as health personnel and RSAs. There are therefore restrictions on no-vaxes in public places, namely gyms, sports facilities, discos, bars and indoor restaurants. The hotel stay is also off limits for those who do not have the certification. Excluding workplaces, the obligation extended to regional and interregional transport, slowed down on urban transport due to the difficulty of organizing controls.

The obligation of the green pass (which passes from 12 to 9 months) for unger 12 is excluded. The third dose is advanced to five months. No obligation to wear a mask outdoors. On this point, however, the same undersecretary to the presidency of the Garofali Council explained that it was discussed during the control room and that some present pushed in this direction.

In any case, the proposals of the Regions have been welcomed to the satisfaction of the majority of ‘governors’. “I am satisfied that once again the Regions, which have been at the forefront of the fight against Covid for two years, have been listened to”, said the Ligurian governor Giovanni Toti.

Having therefore overcome the criterion of colors, the only difference that emerged during the control room is the attitude to be taken for the red areas, in the end it was decided that with the super green pass the activities will remain open.

On the green pass in the white zone, the League should not get in the way of the ongoing Council of Ministers. Many governors have asked that the measures can start immediately. The reason is given by the president of Emilia Bonaccini: “it would make it possible to protect, even in the event of a change of color, the opening of the activities that paid the most during the pandemic a dramatic price”.

During the control room the difference between Italy and the rest of Europe was underlined. However – it emerged – it is only a temporal advantage if we do not introduce measures that can contain the spread and above all the consequent hospitalization that mostly affects the unvaccinated.

No theaters, cinemas or gyms for the unvaccinated even in the white zone e vaccination obligation for teachers, military and law enforcement starting from December 15th.

The control room convened by Prime Minister Mario Draghi evaluates the measures to be taken to the Council of Ministers to contain the fourth wave of Covid. And it seems to be going hard.

The so-called super green pass, which it should shoot starting from December 6th like the other measures contained in the decree, it will also be valid in the white area and a color change will not be necessary of the Region concerned.

Furthermore, according to what emerges from the meeting, there would be no no news on the use of outdoor masks: the obligation to wear them outside in fact should only be triggered in the case of a yellow zone.

The super green pass will also be valid in the white area, but not for the workplace. Meanwhile, the time limit of the green pass is reduced to 9 months, while the third dose of vaccine will be possible 5 months after the previous administration. From 15 December, a third dose is also required for healthcare personnel and RSA.

The control room also decided the increase and the strengthening of police controls.

Among other hypotheses on the table too the extension of the 3G green pass (ie also with buffer) to regional and inter-regional transport. It is evaluated for urban transport but the decision could be problematic due to the difficulty of controls.

Finally, the 3G green pass for long-distance trains remains. In the yellow and orange area, the restrictions will apply only to those who do not have a 2G green pass.
Mgm