90 seconds to nuclear midnight: scientists moved the hands of the “doomsday clock” 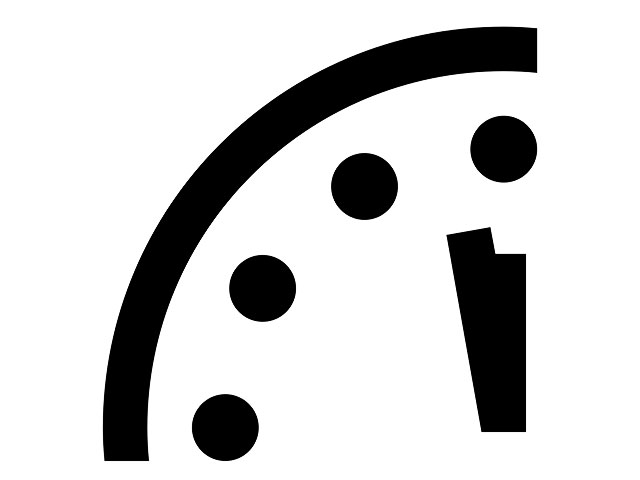 The hands of the doomsday clock, counting the conventional time until a possible nuclear apocalypse, have moved forward 10 seconds and now show 90 seconds before midnight. Humanity has never come this close to disaster, according to the Bulletin of the Atomic Scientists, published by the University of Chicago.

Scientists note that humanity has come close to disaster “largely because of the war in Ukraine, although not only because of it.”

The Doomsday Clock first appeared on the cover of a newsletter in 1947. The time left until midnight symbolizes the tension in the international arena. Midnight means the moment of nuclear catastrophe. In 1953, after the testing of hydrogen bombs in the United States and the USSR, the hands of the clock were at two minutes before midnight.

The world was furthest from catastrophe in 1991, when the Treaty on the Reduction of Strategic Offensive Arms was signed between the United States and the Soviet Socialist Republic. Then the clock showed 23:43.

The clock readings are calculated annually, 15 Nobel laureates take part in the calculations, and the hands are traditionally set in January.