Peru: Dina Boluarte asked for “sorry for the deceased” and called “a national truce” 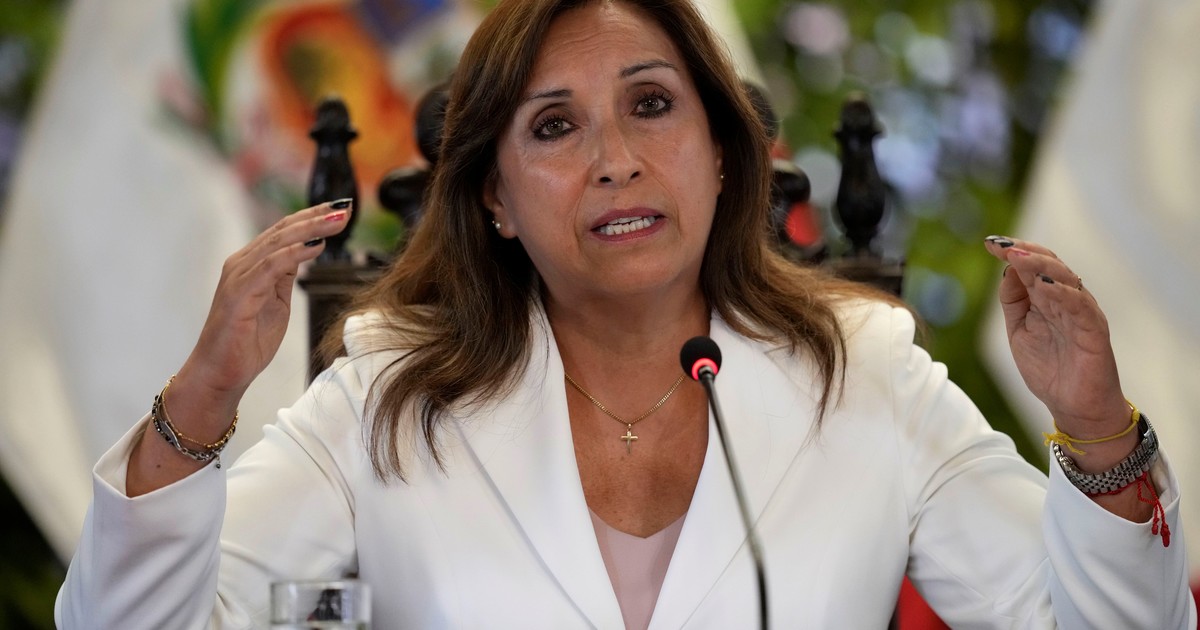 The president of Peru, Dina Boluarte, asked this Tuesday “a national truce“and he reiterated several times his”sorry for the deceased” in an attempt to calm the serious social crisis that has shaken this country since December.

“I call my beloved country for a national truce to be able to establish dialogue tables, to be able to set the agenda for each region and develop our peoples. I will not tire of calling them for dialogue, peace and unity,” Boluarte said in a conference with the foreign press at the Government Palace in Lima.

Boluarte reiterated several times his “sorry for the deceased” in these protests, at least 46 directly related to the demonstrations, which resumed on January 4 in southern Peru and which maintain blockades on the country’s main routes. In addition, Boluarte once again ruled out his resignation.

“I will go when we have called the general elections (…) I have no intention of staying in power, he said emphatically, adding that Congress “without a doubt” will confirm the advancement of the elections in February, scheduled for April 2024.

“Would my resignation solve the crisis and the violence? Who would assume the presidency of the Republic?”, he pointed out when asked by the press about his permanence in office.

The protests erupted after the removal and arrest of the leftist president Pedro Castillo, on December 7, when the ruler tried to dissolve Parliament -controlled by the right- when he was about to remove him from power for alleged corruption.

The social crisis is also a reflection of the huge gap between the capital and the impoverished Andean provinces of southern Peru that supported Castillo, of indigenous descent, in the 2021 elections.

Peru calculates losses of 554 million dollars due to the protests

The losses caused by the anti-government protests in Peru amount to 2,150 million soles (about 554 million dollars)announced the Minister of Economy and Finance, Alex Contreras, at a press conference on Tuesday.

The minister explained that the cumulative impact in December was 1,000 million soles (258 million dollars) and from January 1 to Monday the losses reached 1,150 million (296 million dollars).

The most affected regions of the country are Cusco, Madre de Dios and Puno,all three located in the south and with significant roadblocks and pickets.

In this sense, he explained that, as a consequence of the protests, a increase in food prices “in the face of difficulties in supplying the markets”.

He stressed that in Cuzco there is an important impact on tourism,the main economic activity in the region.

And that the marches and blockades are affecting “the most vulnerable”, in relation to the fact that micro and small companies (Mypes) are the ones that are suffering the most in this crisis.

“Despite the fact that there has been social conflict, the Peruvian currency remains stable and inflation is kept under control“, said.

Despite the crisis, the Minister of Economy affirmed that Peru has “one of the economies with the lowest risk in the region”, an important factor and strength for “a rapid recovery” and specified that the country is located at 207 points, below Colombia, Mexico and Brazil.

“Peru’s macroeconomic strengths remain and the Peruvian currency has had some volatility this week but it is,remains the most stable currency in the region“Contreras said.

In this sense, he highlighted that the price levels of raw materials such as gold or copper remain high, which has a positive impact.

From the ministry they handle two scenarios, if a quick dialogue is not achieved and the conflict continues, the Peruvian economy would grow by 2% in the first quarter, but if a consensus is reached, which is what they are looking for, a minimum growth of 3% would be achieved.

He reiterated that the information he already gave this Monday, that Peru’s annualized inflation could be around 9% at the end of January,due to the protests.

The head of the Economy told reporters that “unfortunately, the biggest impact on the protests is having on the issue of prices, which is why there would be an increase, but it would clearly be a temporary (price) increase.”

Contreras explained that Peruvian inflation in October and November “began to moderate, but took a leap in December due to the protests” that broke out against President Dina Boluarte, when she took office after the removal of Pedro Castillo, after he tried to stage a coup and rule by decree.

“The greatest impact of the protests is generating an increase in prices, so we expect annualized inflation to close between 8.8% and 8.9% in January,” said the Peruvian minister.

With information from AFP and EFE