Germany will still deliver Leopard tanks to Ukraine, the US will also send tanks 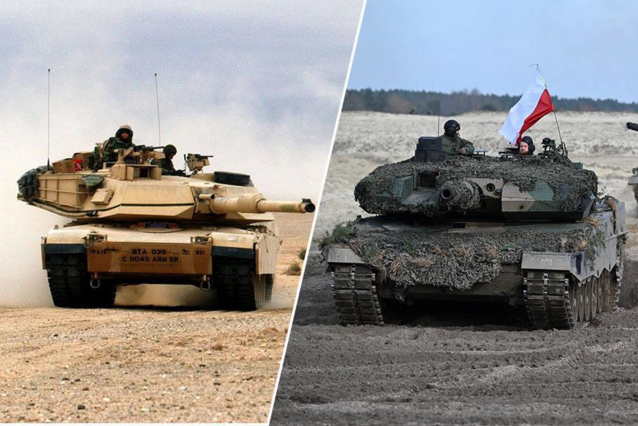 Germany has gone overboard. After the country had long been reluctant to supply Leopard tanks for fear of an escalation of violence, Chancellor Olaf Scholz has now given his approval, German media know.

The German government has not yet officially confirmed the decision. That would happen on Wednesday. Scholz is then expected to announce the delivery of ten to fifteen Type 2A6 Leopard 2 tanks. And Germany will also allow other countries, including Poland, to supply German-made Leopard 2 tanks to Kiev.

Other European countries such as Greece, Spain, Sweden and Finland also use or have the A6 variant in stock and would be willing to help Zelenski. Dutch Prime Minister Rutte also said last week that he was willing to contribute. The Netherlands itself does not own Leopard 2 tanks, which are regarded as the best tanks in the world, but has eighteen on lease from Germany.

And now that the German chancellor has given his agreement, the Americans have also given a ‘go’ for the delivery of ‘a significant number’ of M1 Abrams tanks. There have been diplomatic talks between the two governments in recent days.

But whether the promised deliveries will soon bring about a turnaround on the war front, however, seems unlikely. Ukrainian President Zelensky and his government had asked for 300 tanks, but if you add up all the Leopard tanks, the American M1 Abrams and the British Challenger 2 tanks that have been promised, they will have to be satisfied with a maximum of 100 for the time being. .

“And that is not enough to push the Russians back definitively,” fears ex-colonel Roger Housen. “The front line is too vast for ‘only’ about 100 tanks. They will be able to attack and take back territory with it, but they will not be able to win a war with it.”

Mid April at the earliest

Not only the number of tanks will be important for the further course of the conflict. “There is also the element of time,” say international military experts.

“In the best case scenario, the tanks can be deployed on site in mid-April,” says Housen. “Enterprises must first be trained, and fuel and ammunition must be brought in. And don’t forget spare parts. Because they will not be able to afford to leave behind a broken tank.”

However, various sources speak of a major Russian offensive sometime in March. That would have long been decided by Moscow. By then, Putin should have enough people and resources on the ground.

That is also the reason why Zelensky and his government already insisted on a rapid delivery of heavy tanks before New Year. “If Russia actually starts a major offensive in March, there is a good chance that most of those tanks that have now been promised will not be able to be deployed yet,” Housen fears.