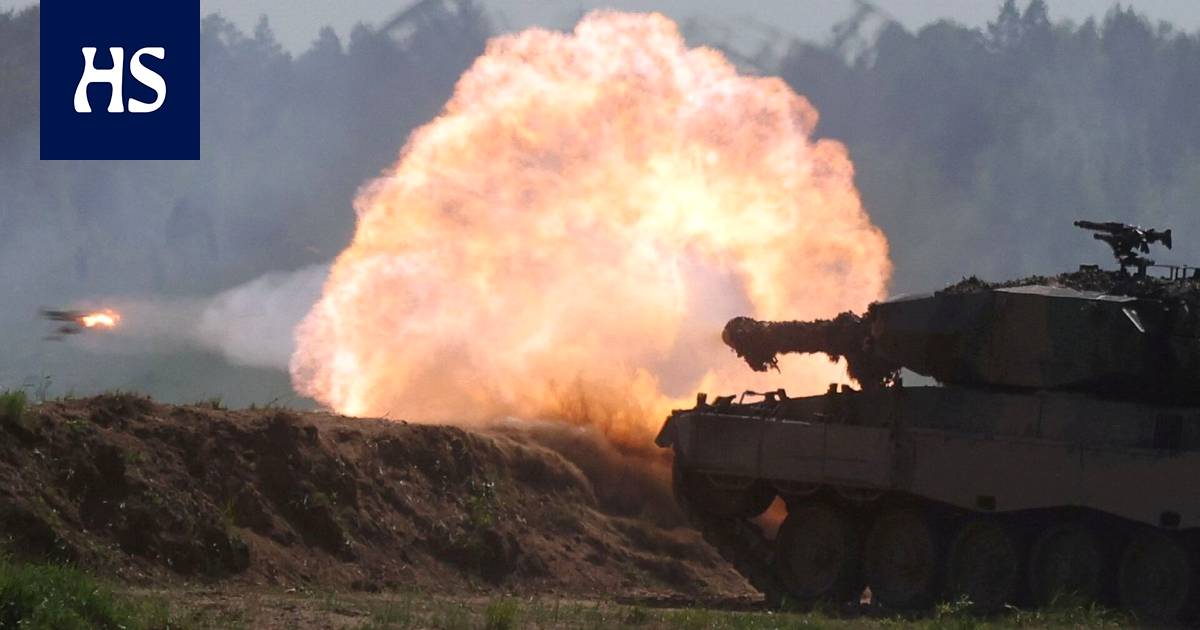 Chancellor Scholz is expected to make an official announcement on Wednesday.

German The mirror – according to the country’s chancellor Olaf Scholz has approved the shipment of Leopard 2 main battle tanks to Ukraine and is also giving permission to other countries to supply Leopards. Scholz is expected to make a statement on Wednesday.

According to the terms of trade, other countries need permission from Germany if they re-export purchased German wagons to third countries such as Ukraine.

“The decision has been made: Germany will deliver Leopard 2 battle tanks to Ukraine,” the newspaper writes.

According to information from Spiegel, Germany is sending Leopard 2A6 main battle tanks to Ukraine. Finland also uses the same modern model from Leopard. According to Spiegel, it would initially be at least one company, i.e. a good ten tanks.

According to the news channel ABC, 12 countries promised Ukraine a total of 100 Leopards at the Ukraine aid meeting in Ramstein, Germany last week. Poland alone has asked Germany for an export permit for 14 Leopards.

Chancellor Scholz has long opposed the deployment of battle tanks because of fears of an expansion of the war in Ukraine. Scholz has hoped that the United States in particular would be involved in the project to get battle tanks to the Ukrainians.

Read more: “Good luck, dear Chancellor, let’s go for a beer” – This is how Germany commented on the Leopard news

The deadlock was apparently opened when, according to the news agency Reuters and the newspaper The Wall Street Journal, the United States was now sending its own Abrams M1 battle tanks to Ukraine. Politico- magazine, it would be 30 Abrams. The United States may announce it on Wednesday.

Finland foreign minister Pekka Haavisto (vihr) has stated that Finland will be involved in one way or another, if the decision to send Leopards to Ukraine is made.

“If a decision is made about Leopards, we will be involved. We haven’t decided how yet,” Haavisto said on Friday.

Leopard 2 is considered one of the best battle tanks in the world. The competitors for western models are mainly the American Abrams and the British Challenger.

“Extremely reliable and reliable,” characterizes Leopard, the captain of the exercise, Antti Heiskanen from the Armored Brigade.

Read more: This is the battle tank Leopard 2

Lieutenant Colonel of the Armored Forces evp Olli Dahl previously estimated for HS that Leopard would be important in the Ukrainian war. It would have both a deterrent effect and the required performance.

According to Dahl, a battalion formed around 30–40 Leopards would be the smallest tactical unit that would be worth building in Ukraine. A brigade of 80-100 battle tanks would already be “quite a performance”.