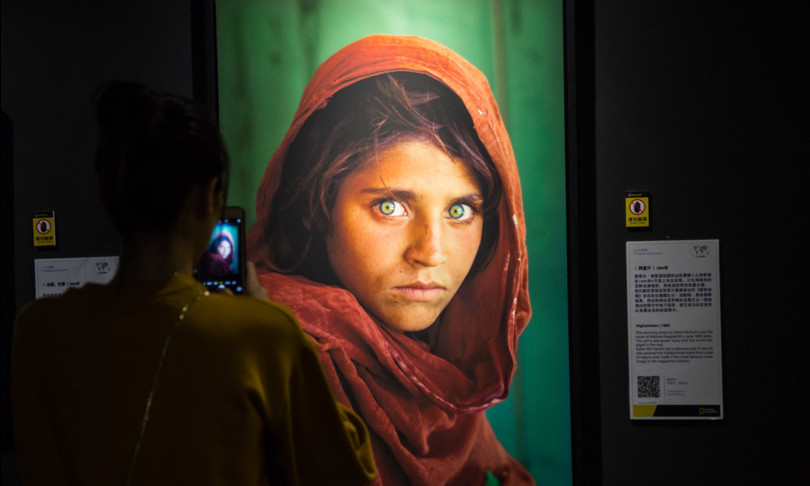 – Two green eyes that ‘pierce’ the lens, a red veil that frames a very young face: is Sharbat Gula, the Afghan girl portrayed by the famous photographer Steve McCurry and chosen for the cover of National Geographic of June 1985.

At the time his name was not known, the American artist he had met her in a refugee camp near Peshawar, one of the thousands of Afghans who fled to Pakistan after the Soviet invasion. His powerful gaze shook the conscience, became a symbol of that humanitarian tragedy and went around the world, imprinting itself in the collective memory.

He started running to try to find out his identity. In January 2002, the American photographer together with National Geographic he organized an expedition to find what had been dubbed the ‘Afghan Mona Lisa’. After months of searching, she was found and her name was revealed.

McCurry took a new photo and the comparison with that of the mid-1980s is merciless: thirty years later, the image reflects the face of a woman who has had to face many trials, a difficult life that is reflected in the spots on the face, the dark circles, the heavy cheeks. But the eyes are always the same, two green ‘lanterns’ that recall the 12-year-old who stared at the lens with rare intensity.

The story of Sharbat

Born in the early 1970s in the eastern Afghan province of Nangarhar, she ran away with some family members from the village bombed by the Soviets at a very young age. With three sisters, a brother and a grandmother he crosses the mountains and ends up in a Pakistani refugee camp. When he sees it for the first time, McCurry is thunderstruck: “I knew instantly that this was really the only photo I wanted to take,” he later said.

The international notoriety aroused by her image on the cover does not touch her: at the age of 13 she married, she had five children, one of whom died immediately after birth; hepatitis C takes her husband away from her, and affects her too. In 2016 she was arrested on charges of falsifying documents to live in Pakistan, common practice for Afghans living in the country without a legal status. She is expelled and sent back to her homeland, where the government pledges to give her a home and livelihood.

The rest is history of our days: after the return of the Taliban to power, she asked to be helped to leave the country and Italy took action, organizing the transfer. This is how he finally arrives in Rome.