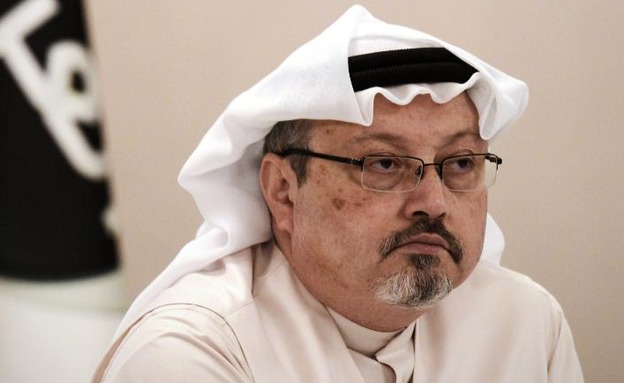 Reporting: Four of the killers of Saudi journalist Jamal Hashukaji, who was murdered at the Saudi consulate in Istanbul in 2018, were trained in the United States before the murder, the New York Times reported this morning (Wednesday). , Under a contract signed with the U.S. State Department.

The training facility belongs to a private company called “Tire 1”, which belongs to the security corporation “Cerberus Capital Management”. The company claims that the training given to those involved in the murder case that shocked the world was only “defensive” training, designed to help the Saudi regime deal with the many threats against it. A source involved in the affair said that the training included, among other things, follow-up work and training for the ISA (combat in built-up areas).

The US State Department has granted a concession to Tire 1 to train Saudi palace guards as early as 2014, during the reign of former President Barack Obama. These exercises continued as normal at least until the end of the first year of former President Donald Trump’s reign, not long before the assassination.

Luis Bremer, a senior executive at Cerberus Corporation, last year confirmed the role his girlfriend played in training Saudi fighters. The remarks came during written responses he gave to Congress, as part of a process of appointing a senior Pentagon official during the reign of former President Trump – an appointment that did not materialize in the end. As a result, Bremer’s letters did not end up in the legislature, and so they were apparently not exposed to the affair.

In his letters, Bremer did confirm that “Tire 1” company trained in 2017 four Saudi fighters who were part of Hashukaji’s assassination team. Two of the four even took part in previous company training, which was held on U.S. soil between October 2014 and January 2015. “The training they received was not directly related to the heinous acts they performed afterwards,” Bremer wrote to Congress last year, denying any connection between the training Granted by the company he owns to assassinate Hashukaji himself.

Bremer transferred responsibility from him to the U.S. State Department and said, “All foreign forces that receive training on U.S. soil are recognized by the authorities that monitor and monitor them at all times.” He added that since December 2017, the company he owns has not provided any training to Saudi fighters.

A State Department spokesman declined to confirm that Tire 1 had indeed been granted licenses and franchises to train Saudi fighters on U.S. soil. Ned Price.

He clarified regarding Saudi Arabia: “Saudi Arabia is experiencing many threats in its territory, and we are determined to work collaboratively to help Riyadh strengthen its defenses,” he added. A spokesman for the Saudi embassy in Washington declined to comment.

Despite the publicity, there is no indication that the American authorities knew of the intention to eliminate the journalist Hashukaji, but he certainly carries with him widespread criticism. The fact that the U.S. administration has approved military training at such a high level for the journalist’s assassinations shows many how much the United States is involved in the preservation of dictatorial and cruel regimes around the world in general and the Middle East in particular, often significantly ignoring human rights violations.

In addition, the U.S. criticizes the fact that after those foreign mercenaries complete the special training mask they receive from the U.S. government, they have no oversight upon their return to their countries of origin. Various factors raise the suspicion and likelihood that those factors may harm the U.S. itself in the future, after it has helped them acquire valuable military knowledge and experience.

Prince Ben-Salmai saw Hashukaji as a threat to the kingdom and allegedly responded to widespread incidents of violence aimed at silencing him. Hashukaji, a well-known political commentator and critic of the Saudi government and a correspondent for the Washington Post, disappeared on October 2, 2018, after entering the Saudi consulate building in Istanbul, Turkey, where he was allegedly killed by a squad of assassins. Following the publication of the findings of the intelligence report, it was decided in the US to impose sanctions on a number of senior officials in Saudi Arabia, but not on the regent himself.