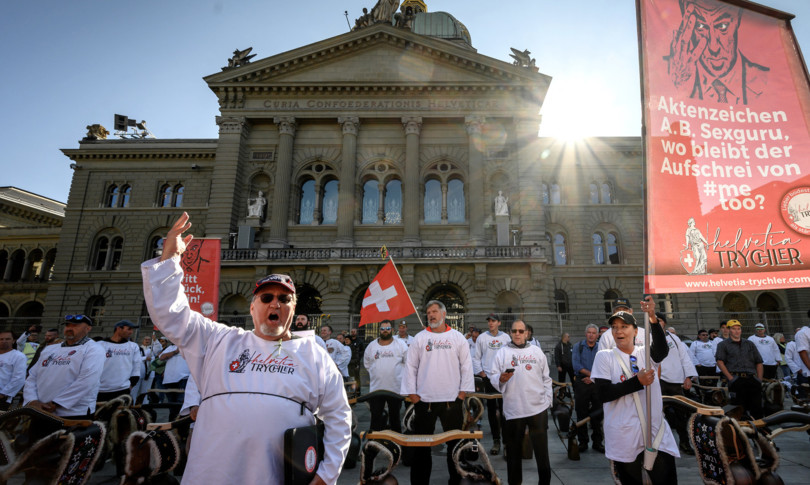 – The Swiss are expected to vote for one tomorrow referendum on the latest version of the anti-Covid law, which should be successful for the government. However, in a country known for its peaceful political climate and champion of direct democracy, the vote will take place after a series of violent street protests and growing threats at the top of the institutions.

It is not the first time that citizens have been called to rule on government measures in response to the Covid-19 pandemic: on June 13, 60% of voters had approved the first law which in the meantime has expanded the fields of intervention.

According to the latest polls, the population supports the government’s handling of the crisis: two thirds approve the extension of the pass and the end of the free test. In all likelihood, the text submitted to referendum will therefore be approved even if the unknown percentages and turnout remains.

If instead, surprisingly, should the “no” win, from March 2022 no more certificates can be issued, among other things complicating travel abroad.

At the heart of this second vote there are in particular some changes contested by the opposition and by opposing citizens: the introduction of the Green Pass and federal support for contact tracing.

The pass would create a “sanitary apartheid”, denounce the Friends of the Constitution, the chosen vaccination network and the Alliance of primitive cantons. For its detractors, the Green Pass leads to discrimination against the unvaccinated, removed from social life, training and the world of work, thus pushing citizens to get vaccinated.

Some opponents denounce an “authoritarian regime” or a “fascist dictatorship” while others are concerned about “mass electronic surveillance” close to that in China. In Switzerland, many of the restrictions adopted are regulated by the law on epidemics, in addition to the specific one against Covid.

In recent weeks, anti-pass demonstrations have multiplied, often in front of the Federal Palace, sometimes violent. To protect the seat of government and parliament from possible assaults by the no vax and no health pass, the police have built a special fence around it. The Friends of the Constitution claim a group of 17,000 members and the support of the conservative UDC party, which had left the freedom to vote in the first referendum.

Compared to the first referendum last June, the “yes” front appears weakened: within the same institutions, the group of Freiheitstrychler, that is the activists dressed in white who ring the bells in protest against the measures to fight the pandemic, receives a certain consensus.

However, the front of support for the government, made up of almost all parties and cantons, remains very broad. On the eve of the vote, they reaffirm the usefulness of the Green Pass which allowed the population to return to sports, go to the cinema and to restaurants, thus rediscovering a social life more similar to that of before.

In its first version, in Switzerland, the anti-Covid law focused on economic aid, now overshadowed even if the latest version provides for the extension of subsidies in the event of a decline in turnover, partial unemployment benefits, but the number of applicants has decreased.