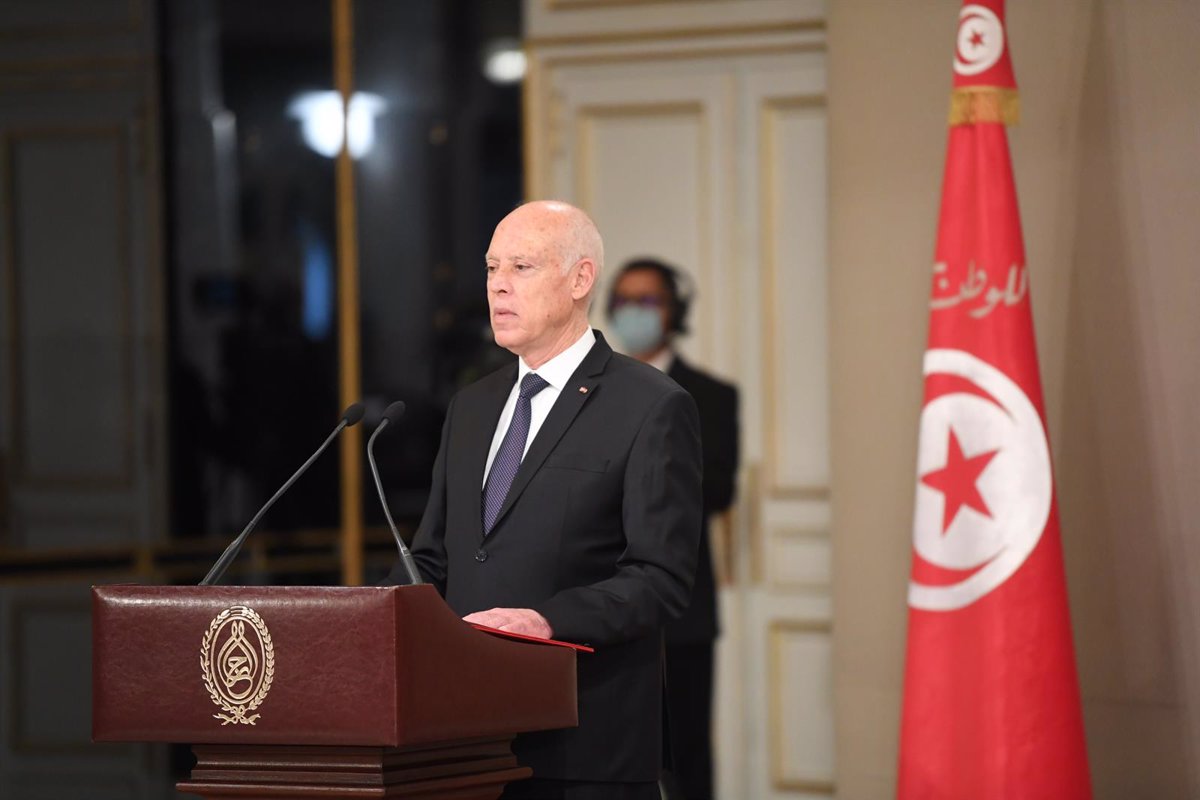 The Islamist Ennahda party has called on the European Union (EU) and Spain to “raise their voices” against the president of Tunisia, Kais Saied, to achieve a return to the constitutional framework after his decision in July to assume all powers and has warned that there could be “another Gaddafi”, referring to the late Libyan leader Muammar Gaddafi.

Maher Madhiub, who was in charge of the Department of Information and Communication of the Parliament suspended by the president with his exceptional measures of July 25 – in which the Government of the then Prime Minister, Hichem Mechichi, was also dissolved – has stressed that “The president’s project is very similar to Gaddafi’s.”

“The European countries and friends of Tunisia have given a hundred days of grace for the president to open a door for dialogue to solve the problem,” he said in an interview with Europa Press. “After a hundred days without doing anything, we ask all the friends of Tunisia to be with the people, not with the government or the president, who is denying the Constitution and democracy,” he added.

“We want Europe, which is Tunisia’s largest partner, to be true to itself and to support democracy, Human Rights and freedoms, to be faithful to its principles,” said Madhiub, who has influenced Ennahda ” hopes that the EU will not be a partner in the death of a nascent democracy, the only one in the Arab world. ”

Thus, he stressed that “the EU has invested a lot in democracy in Tunisia and has given more than 10 billion euros in aid for democracy to take root”, while lamenting that “its voice is not as loud as it is expected “to try to solve the crisis.

“This man (Saied) is stealing the dream of the Tunisian people and we want the EU to raise its voice in defense of its investments and of the principles of democracy and freedom in Tunisia,” he said, before underlining that “the restoration of Parliament it’s easy, but the most important thing is the return of democracy and freedom. ”

Mahdiub explained that one of the consequences of Saied’s actions is the country’s exclusion from the summit on democracy convened in December by US President Joe Biden. “Tunisia, after many efforts and sacrifices to join the democracy club, is not going to be invited, which is a cause for shame,” he argued.

In this sense, he has shown his “surprise” by the fact that “sometimes Europe is on the side of presidents who are not Democrats and who are the root or the promotion of terrorism and illegal immigration” and stressed that “the EU he cannot close his eyes and not feel the suffering of Tunisia. ”

“Europe is a model and a reference on issues of democracy and we want it to play a stronger role alongside democracy and freedom,” he said, before warning that, otherwise, “the situation could get worse and everyone they would suffer the consequences. ”

Mahdiub also stated that Ennahda considers the “people and the Spanish Government” “friends” and has asked “not to invest in the dictatorship.” “The dictatorship is the evil that makes the country explode, that encourages illegal immigration, terrorism and chaos,” he argued.

“We want Spain to invest in democracy in a more effective and sincere way, that it does not approach or support the dictatorship at any time,” he said, while also emphasizing that the Islamist party “expects a greater role (from the Spanish Government) in the fight against the dictatorship “.

Along these lines, he denounced that “there are no reforms underway in Tunisia” and that “what previous governments agreed with the EU or the World Bank is not being implemented”, which has a negative impact on the already serious economic crisis and social that crosses the country.

“Although there is an image of democracy and lack of insecurity, the absence of democracy and freedoms supposes support for immigration, violence and terrorism, for everything we do not want to reach,” he said before stress that “if there is no democracy, there is chaos.”

“It is in the interest of all and of the international community to pressure Tunisia as it has done with Sudan to return to democracy and avoid all the chaos and insecurity that emigration can promote,” said Mahdiub, who added that ” you always have to analyze a government or a president for whether it is democratic or not. ”

In this way, it has opted for a plan with several points once the constitutional order is restored to “give strength to democracy so that something similar does not happen again” that includes “a campaign of national effort to fight poverty. and hunger “.

“There are people who do not have enough to eat,” explained Mahdiub, who has acknowledged that “in Tunisia there were economic difficulties, but it is the first time that this point has been reached.” “We must open the doors to Tunisian businessmen and foreign investors, give them guarantees, security, so that they can once again create jobs and invest in Tunisia,” he defended.

Along these lines, he has advocated “seeking financial balances” and “how to fix the financial and economic issue”, before defending that the EU could “forgive” the country’s foreign debt or at least “reinvest it in the Tunisian economy to move the economy. labor market and economic development ”

On the other hand, he has defended “support for security and stability in Tunisia and the entire Maghreb area”, with a special focus on the situation in Libya, given that a stabilization of the country after the elections scheduled for December 24 could allow Tunisian workers to go to the neighboring country to seek employment.

In another vein, he has denounced that Saied’s actions have meant a “death sentence” for parliamentarians, given that their salaries have been frozen and they have lost their rights, including those to public health care.

“There are parliamentarians who have cancer and cannot receive treatment,” he denounced, before adding that “they are denied the renewal of passports” and recalling that a total of eight have been imprisoned to date after the withdrawal of their parliamentary immunity.

It has also stressed that “all sectors of public life, businessmen and trade unionists, are surprised by the behavior of the president.” “Nobody thought we were going to get to this point,” he lamented, given Saied’s refusal to open a dialogue process.

Mahdiub also highlighted that the main union in the country, the General Union of Workers of Tunisia (UGTT), has so far refused to take a position and “tries to be a space for dialogue.” “We encourage them to be an umbrella for dialogue to seek an exit to the country,” he said.

Likewise, he reiterated that the Government headed by Najla Buden Romdhane, appointed in October by decree by Saied without the support of the suspended Parliament, “is not legitimate, but it is what there is”, before anticipating that “any decision that goes against the Constitution, Human Rights or the interest of the country will surely be revoked “once the constitutional order is returned.

Finally, he has expressed his hope that Saied “returns to reason” and “applies the Constitution”, which “is in the interest of the Tunisian people and himself.” “We do not have a culture of revenge, if it returns to respect (the legislation), it will be respected,” he said.