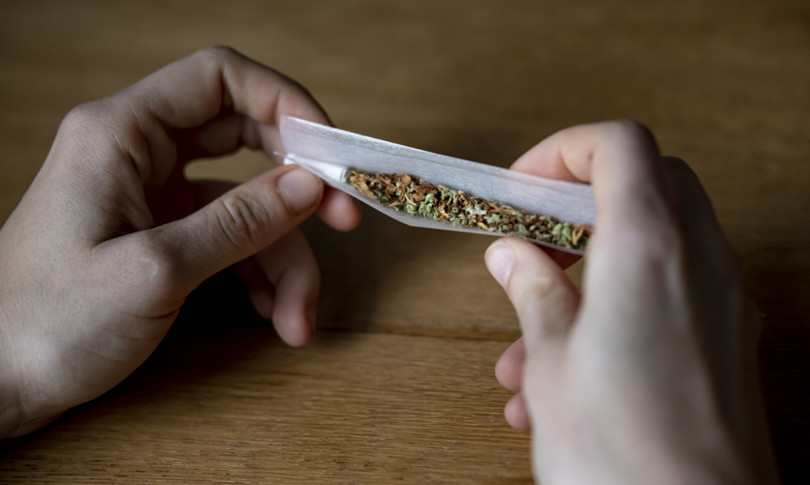 The legalization of soft drugs returns to divide the political forces that support the Draghi government.

As already happened in Parliament on the occasion of the vote on the adoption of the basic text which aims to liberalize cannabis, the clear fracture between center-left and center-right plastically recurs at the highest levels, with the M5s and Pd ministers on the one hand, in favor of legislation that revises the current rules on the use and cultivation of cannabis, and the center-right on the other, firmly opposed to any initiative in this sense.

The occasion of the new confrontation is offered by the VI National Conference on addictions, promoted by the five-star Minister of Youth Policies, Fabiana Dadone.

An appointment that returns after 12 years of absence. In an interview preceding the Genoa Conference, the minister recalls being among the promoters of a law for the legalization of cannabis.

In the introduction to the Conference, then, Minister Dadone explained that, more generally on the subject of addictions, “the hope is to draw up a national action plan”.

The Head of State also spoke on the subject of addictions, in a message in which Sergio Mattarella underlined how the “phenomenon of addictions” often has “deep roots, linked to inconveniences that can affect each person and that society struggles to grasp in time. Understanding this reality represents a fundamental starting point for intervening with the necessary determination and skills in the various areas “.

But that’s the specific point of the possible legalization of soft drugs to ignite the debate (and confrontation). “I would like the processes to restart from Genoa, which then give rise to an organic, inclusive change, without ideological barriers, without a preconceptual dualism: let’s face all the alarms that are widespread. Let’s not focus only on what our beliefs are”, is the invitation of the minister M5s, according to which the choice to liberalize cannabis made by the new German government “is a choice that Italy should evaluate but we must be able to reach a majority in Parliament. This is the delicate point”. And, in fact, the numbers are lacking in Parliament.

On the adoption of the basic text on cannabis, the majority split in the House. In September Pd, M5s, Leu and Più Europa voted in favor, while the Renzians abstained and Lega and Forza Italia voted against together with FdI. The text – which provides that “adults of age to cultivate and detain for personal use of no more than four female cannabis, suitable and aimed at the production of narcotic substances and the product obtained from them” – is now stopped in committee and it will be difficult to find a convergence within the majority in the short term.

As indeed the debate on the subject demonstrates, with two clearly opposed fronts. For the Minister of Labor, Andrea Orlando, it is necessary to overcome a “merely repressive approach” towards the problem and avoid “hypocrisy, ideologies, fanaticism and political propaganda”.

The “repressive” approach, according to the exponent dem, “was prejudicial and rejecting and did not take on the frailties “. In particular, Orlando emphasized the fact that” when a partner that is not exactly irrelevant and an ally that is not exactly negligible like Germany seems to profoundly change the line on this front , I believe it is inevitable that some reflection will also take place in our country “.

Matteo Salvini replied dryly: “It is very worrying that a minister of the Republic speaks lightly of drugs. The League is on the side of life and of young people: the Minister of Labor takes care of workers, precarious and redundant workers, let them fight allla drugs deal with families, experts and communities “, cuts short the leader of the League.

Less trenchant but still opposed to legalizing soft drugs, the governor of Friuli and president of the Conference of the Regions, Massimiliano Fedriga, observed: “I agree with those who have said that we must not use drugs to campaign, but I do not believe that drugs can be fought by legalizing them”.

On the same line, the blue minister for regional affairs Mariastella Gelmini: “I say clearly that I am part of a thought, of a cultural current, which is not only opposed to any form of legalization of any type of narcotic substance, but I am also convinced that there is no freedom to take drugs “.

Gelmini therefore recognizes that “there are different sensitivities in the government on the issue”. Clear closure by Giorgia Meloni: “FdI reiterates its absolute opposition to the legalization and liberalization of cannabis”.

For Meloni, “the words of ministers Orlando and Dadone send a devastating message”. An alternative route could be the referendum: “In the spring Italy will have the possibility to choose the legalization of cannabis”, remembers the Undersecretary for Foreign Affairs Benedetto Della Vedova.