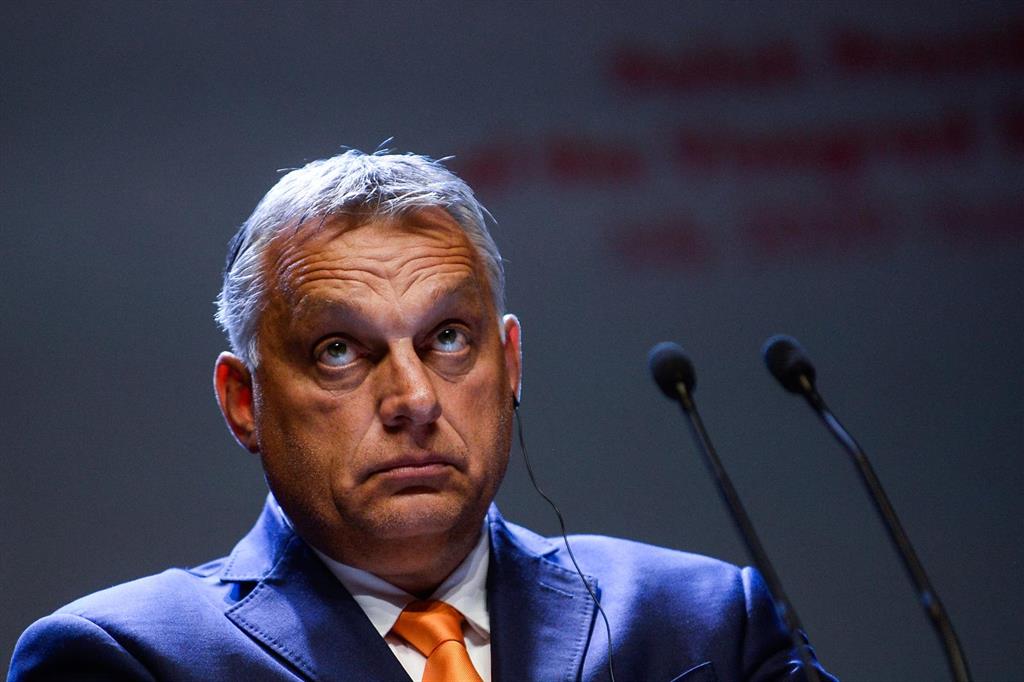 Tomorrow, the Heads of State and Government of the European Union will pressure the Hungarian Prime Minister, Viktor Orban, to withdraw a controversial law that discriminates and stigmatizes the LGTBIQ group, within the framework of a reform to protect minors from pedophilia crimes. Brussels has already labeled “shame” and warned that it violates EU law.

Brussels reacted lukewarm in the first days after the law was passed, but the tone was rising from the capitals to tense the debate that the 27 had on Tuesday in Luxembourg to prepare for this summit and that ended with more than half of the delegations signing. a tough statement demanding legal action from the European Commission against Budapest.

Although the formal agenda distributed by the President of the Council, Charles Michel, leaves this issue out, most delegations assume that it will become the central issue because many leaders expect to hear direct explanations from Orban and want to ask him to withdraw the rule.

Some leaders have already spoken in public, such as the German Chancellor, Angela Merkel, who has said that this law seems a “mistake” and has made it clear that this type of discriminatory norms are incompatible with her political ideas.

Other delegations have shown their concern and discomfort in the discussions at the level of ambassadors or ministers but assume that the leaders will address the issue at Thursday’s dinner, in a “face-to-face” debate, because in their opinion the pulse transcends what “ideological” and affects the defense of values ​​and fundamental principles of the EU.

The head of the Community Executive, Ursula von der Leyen, for her part, has said that the legislation is a “shame” and has promised to use “all the powers” available to her Executive to protect fundamental rights in this country.

However, the criticisms of its European partners have not made the Orban government change its position, which has responded to Brussels that what is shameful are Von der Leyen’s statements and has accused the rest of the EU countries of basing their comments on “false accusations”, which heralds a difficult debate between the heads of state and government.

In any case, it will not be the only item on the agenda of a two-day European Council in which its president, Charles Michel, hopes to also address difficult relations with key interlocutors such as Turkey and Russia, including a last-minute German request that leaders consider inviting Russian leader Vladimir Putin to a future EU summit.

Another key issue of this appointment is migration management and the difficulties of the bloc to reach a consensus on a reform of the asylum policy capable of respecting the balance between the solidarity demanded by the countries in the first line of entry to the EU and the responsibility to manage the flow, which countries like Hungary or Poland consider does not concern them.

Michel wants to focus the conversation on the external dimension of the reform, which advocates greater collaboration with the countries of origin and transit to contain the flow and combat the mafias, because it is the element that poses the least problems for the Twenty-seven.

In this framework, the final conclusions are also expected to send a message of condemnation to third countries that “instrumentalize” migrants to take political advantage of this pressure on the EU, although they do not identify any specific neighbor.

European sources point out that the May crisis with Morocco due to the passage of uncontrolled migrants to Ceuta and the passage of Iraqi refugees from Belarus to Lithuania are the most recent examples that countries have had in mind when drafting this matter.

However, the instrumentalization of migration is not a mention that was included at the request of Spain, although diplomatic sources do concede that such a reference contains an “indisputable truth that is worth remembering.”

The summit also includes a conversation between leaders on economic recovery from which no big surprises are expected beyond celebrating the approval of the first national reform and investment plans.

The Twenty-seven are expected to encourage progress in the G20 and the OECD to reach an agreement on taxes for multinationals and also to note the lack of progress at the ministerial level to complete the Banking Union.