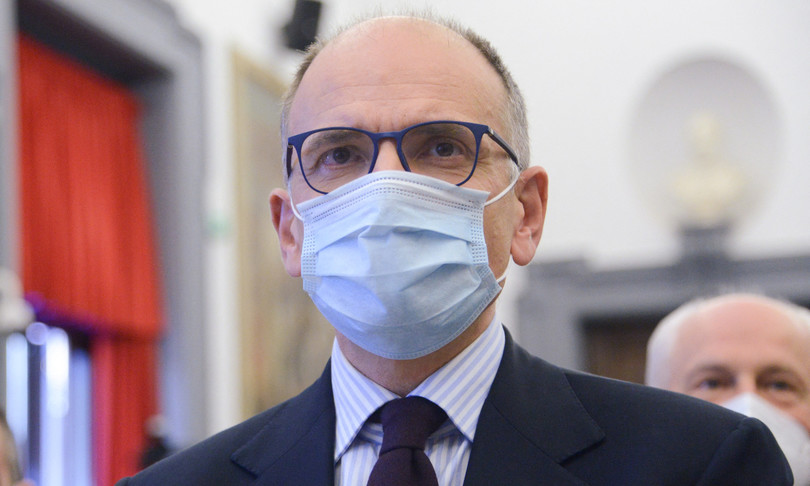 – Jobs and strategic infrastructures for the country: these are the two main sources of concern that the Democratic Party derives from the Tim dossier. AND the meeting with the trade unions did nothing but confirm the fears of the dem staff.

A discussion that lasted two hours to take stock of what is happening to the company after the interest of the Kkr fund. Around the table, with the secretary Enrico Letta, the deputy secretary Peppe Provenzano and the Head of Economy Pd, Antonio Misiani, are the representatives of Slc-Cgil, Fistel-Cisl and Uilcom-Uil.

The secretary considers Tim “a fundamental asset of the country” especially in view of the “missions contained in the restart and resilience plan”.

According to what was reported by the social partners, the dem leader “expressed that the position of the Democratic Party is primarily oriented to the defense of employment, to identify solutions for the defense of strategic assets for national security and for the development of infrastructures, a fundamental action to achieve the objectives relating to the homogeneous diffusion of ultra-broadband “.

The secretary of the Democratic Party “assured him that he wanted to carefully follow this complex industrial operation and in close contact with the confederal trade unions, urging the government, through parliamentary bodies, to seek solutions in the interest of the country”.

For Letta, “this is not the time to focus on financial transactions or simply changes in governance, we need to act on industrial policy strategies to overcome the asymmetries with other European countries (France, Germany, Spain) where the State is an actor on telecommunications primary and where the market alone cannot decide “, the trade unions report again.

Finally, on the Kkr fund “there are no preliminary rulings, we must start with employment guarantees, safeguarding strategic assets and company assets “. An approach shared by the general secretaries of Slc-Cgil, Fistel-Cisl and Uilcom-Uil who,” thanking Letta for his willingness to discuss “, asked for” guarantees for compliance with the agreements signed on the expansion and new employment contract, on the operational continuity of the company and on the need for a confrontation between the Government and trade unions that can no longer be postponed “.

A position, that of the dem, confirmed by the deputy secretary, Giuseppe Provenzano. It is the former minister for the South who emphasized the need to “evaluate without prejudice the offer of the American fund”, asking for “precise guarantees to safeguard the employment of the strategic assets of national security and the industrial assets of the company.

The challenges of digitization need a large national operator, we talked about it today with the trade unions and we ask the government to listen to them because the future of 40,000 workers is at stake“, explains Provenzano. A position that the Brothers of Italy do not like. With a note, Giorgia Meloni attacks the dem, but also Carlo Calenda, defining them” spokespersons for Macron and the Elysée “, giving” a squalid show of partisanship pro Macron “.

For Meloni, “Letta and Calenda enter the negotiations with a straight leg, with the risk of altering the rules of the free market, hoping for a solution in favor of the American fund and accusing Tim’s current main shareholder, Vincent Bollorè, of being a danger to his alleged political sympathies for Eric Zemmour, “adds Meloni.

A reference to what the two leaders said during their speech at the Feast of Optimism organized by Il Foglio: “Telecom is the Montedison of our day, it constantly changes its corporate structure and in the end the business goes to cards forty-eight. I am in favor of Kkr , I think they will have a less politicized management than Bolloré, just look at how the suppliers have changed with him “, Calenda attacks.

The Pd secretary, on the other hand, explained that “The concern for a Tim in the hands of foreigners – explains Letta – must be well-rounded. He is not a financier like the others, but the main supporter of Erich Zemmour, who has become a protagonist in the French politics with a disturbing profile. In Vivendi, I wonder, how do they live with this conflict of interest? What does Bolloré want from Italy? He is more than a supporter of Zemmour: he has created a television whose main protagonist is him “.