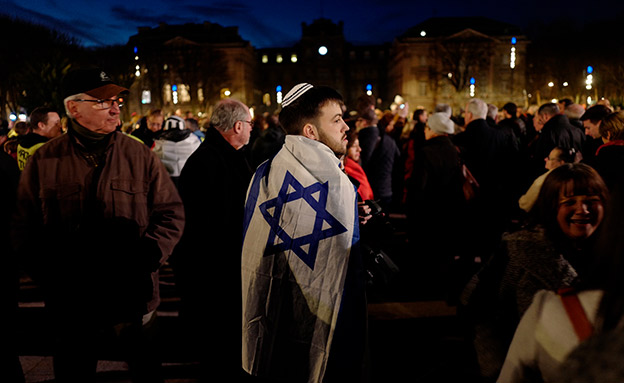 Special project: Operation The Wall Guard has launched a new wave of well-felt anti-Semitism in Europe. Dozens of anti-Israel demonstrations took place across the continent, some of them particularly violent, including in front of the Israeli embassy in Britain. The numbers speak for themselves – there is a 500% increase in the number of antisemitic incidents in total during the days of the operation, and behind every such incident there is a victim who was physically or verbally assaulted just because he was Jewish. We sent in Europe Go back to the people who were hurt, hear from them about the prolonged frustration and the demand to lead real change before a disaster occurs

Yochi Davis is a Jew who has lived in London for 36 years, but only in recent years, in the shadow of Operation Eitan and the rise of Jeremy Corbyn, the controversial Labor leader, has she felt the need to fight for the Israeli narrative. “All the hatred and anti-Semitism has suddenly come out,” she says, claiming the situation in Britain is worse than ever. “Hatred in the eyes is something I have never seen like now. The fact that they feel they can do it on the streets of England. There is open and overt hatred in them, and no one is stopping them. It is really life threatening, it is something we have not seen to date.”

Among the Jewish community there is a feeling that the other side is radicalizing the discourse, losing fear and releasing all the brakes. This feeling is common both to those who walk the streets and to the Jewish students in the schools. Benny Reid, 15, was born in Britain to British Jewish parents, she does not talk about Israel at all and still feels anti-Semitic. Reid shares a past experience: “People who were close to me behaved really anti-Semitically, it was very surprising. In the future, if it gets worse it could lead to a kind of second Holocaust, that’s what scares me the most.”

The new wave of anti-Semitism is not just spreading in Britain. 13-year-old Noah Re is a Swedish Jew, whose friends attacked him on the basis of religion. Next year Noah’s mother, Carolina Re, will take Noah out of the mixed school and transfer him to a Jewish school.

“Swedish society presents itself as open and friendly to everyone, but when something happens in Israel – then all the hatred comes out,” says Re. Not far away, in Norway, where there is a small Jewish community of only 1,500 members, there are stories of appalling phenomena. Emilia Grady Andersen, a Jewish student at a school in the country, says: “In Norway, ‘a Jew’ is a curse. Calling someone Jewish is very insulting. People ask me how many Palestinians I murdered.”

And in the shadow of rising anti-Semitism, are Jews in Europe considering immigrating to Israel? For them, the answer is clear – they intend to stay at home. “This is not our country, our home here,” Benny Reid’s British parents say. “This is our home, we are real Britons, I am half Yorkshire and half Jewish. In the end, we are British Jews, why should I have to leave?”