Who is Emma Coronel, wife and accomplice of the king of narcos “El Chapo” 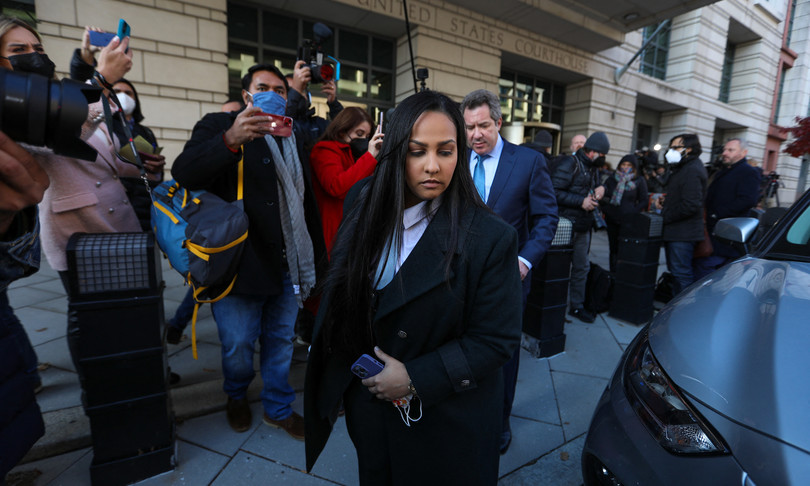 – “I consider myself a normal woman and it often happens that people judge me without knowing me. “This is how Emma Coronel Aispuro described herself in an episode of” Cartel Crew “, the American reality show dedicated to the most famous drug traffickers. She is famous as only Pablo Escobar, but even more powerful , was the husband Joaquin Guzman Loera, “El Chapo”, who, when he was at the helm of the feared Sinaloa cartel, was the king of Mexican narcos.

The federal court in Washington sentenced her to three years, one less than the prosecution’s request, for her participation in her husband’s affairs. After professing to be innocent, the thirty-two-year-old she had been arrested in February 2021 at Dulles Airport, Virginia, he then chose to collaborate and admit his involvement in the affairs of ‘El Chapo’, a widespread network of traffickers who exported heroin, cocaine, marijuana and methamphetamine to the United States.

Assisting her were Jeffrey Lichtman and Mariel Colon Mirò, the same lawyers who defended “El Chapo” in the historic New York trial which ended with the life sentence of Guzman, extradited to the United States in January 2017. A trial where Coronel almost stole the show from her husband, smiling and looking at him with devotion from the classroom benches, where he sat every day.

Thirty-two years old, dual Mexican and American nationality, former beauty queen, high heels and tight dresses to enhance her curves, Emma Coronel married “El Chapo”, 32 years older, in 2007 and gave him twins in 2011. Daughter of a loyalist of Guzman, the former model was well integrated in the affairs of his wife. According to the FBI, which had asked for his arrest, Emma Coronel knew the logistical and financial details of the business of “El Chapo” and it was this that enabled her to go on her own when, in 2019, Guzman was locked up in the maximum security prison in Florence, Colorado.

Drug trafficking is not the only charge he has had to answer. The feds in fact, they considered her to be the mastermind of her husband’s spectacular escape from the Mexican prison of El Altiplano, which took place in July 2015 through a one and a half kilometer tunnel dug to the shower of his cell. According to the repentant of the cartel, it was the woman who kept the contacts between Guzman and his lieutenants from 2012 to 2014, the years of the inaction of “El Chapo”, hunted throughout Mexico by the authorities. Even after her arrest, Coronel had continued to take advantage of visits to her husband in prison to convey his messages to the cartel. And, when in 2016 “El Chapo” was captured again, Coronel would have tried to engineer a new escape that would take him away from US justice.

Although cited at the trial as a collaborator of Guzman, Emma Coronel he hadn’t kept a low profile at all, going so far as to launch a clothing line named with her husband’s initials, ‘Jgl’. New controversies arose two years ago when, on her Instagram profile, the former model had even reported death threats following the capture and release, which ended up in a bloodbath, of the son of “El Chapo”, Ovido Guzman Lopez , “El Raton”, now a fugitive and considered the probable heir of his father at the top of the cartel.

To portray oneself as a victim of popular anger against narcos, which keep Mexico in a state of war, it had been too much even in a nation where traffickers they are heroes for so many disinherited who without their business would have no means of living. “I have nothing to be ashamed of,” Coronel said during a hearing in the New York trial, “I’m not perfect but I consider myself a brave person who has never intentionally harmed anyone. ”A normal woman.