The details of widespread sexual harassment in the Australian Parliament 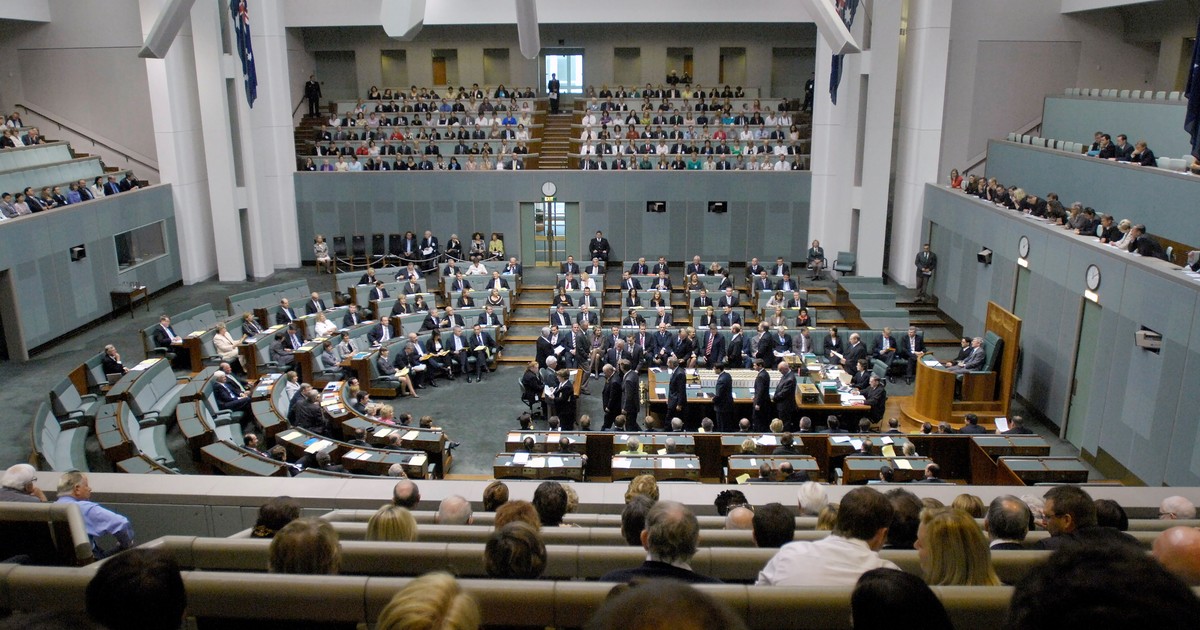 Men strutting down the aisles looking women up and down. Women who carry fake folders to curb unwanted approaches. Forcibly touching and kissing, comments on appearance. Fear of reporting.

A comprehensive study of work culture in the Australian Parliament shows a damning picture of widespread sexual harassment, with employees having heartbreaking stories of an alcohol-soaked climate in which powerful men blur and cross the boundaries with impunity.

The report, released Tuesday, was commissioned by the Australian government in March, shortly after the account of a former employee who was raped in the House of Parliament will cause an earthquake in the corridors of power.

The report revealed that one third of parliamentary employees -40% of the women- had suffered sexual harassment. About 1% of the more than 1,700 people who participated in the study said they were victims of an attempted sexual assault or actual assault.

Brittany Higgins, a former Parliament official, reported that she had been raped by a colleague. AFP photo

In response, Australian sex discrimination commissioner Kate Jenkins, who led the study, proposed a series of measures to address the problems of power imbalances, gender inequality and lack of accountability that she says have made Parliament a hostile workplace for many employees, especially young women.

Prime Minister Scott Morrison called “gruesome” the findings on pervasive sexual harassment and added: “I wish they were more surprising to me.” He said the government would review the report’s recommendations – including the creation of an independent central body to receive complaints, a code of conduct and policies on alcohol – but did not commit to accepting them.

The Australian Parliament has long had a reputation for being a testosterone-filled bunker, a backward place With respect to the rest of society, companies and other institutions in the country gradually advance towards gender equality. In the last twenty years, Australia has risen from 15th to 50th in the world for parliamentary gender diversity.

After Brittany Higgins, a former Parliament official, said earlier this year that she had been raped by a colleague Most senior in the Defense Minister’s office, thousands of women marched in cities across Australia to demand change.

Women working in politics who had never considered having an avenue to share their experiences have stepped up to speak out about the misogyny, sexual assault and harassment they have suffered: stories about being groped, humiliated, insulted, ignored and interrupted.

Several federal legislators have resigned in recent years, in part because of disrespect and mistreatment.

The new report attempts to put the breadth of problems in Australian politics in numbers and to add, with sometimes painful details, the stories that have emerged. Among the statements that the participants disclosed anonymously to the researchers are the following:

– “The deputy who was sitting next to me leaned towards me. Thinking he wanted to say something to me, I leaned in too. He grabbed me and stuck his tongue down my throat. The others laughed. It was disgusting and humiliating. ”

– “Aspiring politicians who did not hesitate to lift you up, kiss you on the lips, get up, touch you, pat you on the butt, commenting on your appearance, you know, normal. ”

– “It’s a man’s world and they remind you of it every day thanks to the looks one receives from top to bottom, to the representation in the houses of Parliament, to the preferential treatment that politicians give to high-level male journalists. ”

– “I often define the House of Parliament as the most sexist place on which I have worked. I guess there is a culture of drinking in the workplace. There is not much responsibility. The boys are teenagers. And that behavior is celebrated. ”

The report describes a toxic work culture driven by power imbalance between members of Parliament and their staff. In that pressure cooker environment, sexual harassment was normalized and the aggressors acted with impunity because there were few ways to remedy it, the review says.

“Parliament is by nature a place of power, and that power moves in multiple directions,” Jenkins told a news conference shortly after the report was released. “They said that power imbalances and the misuse of power are one of the main drivers of bullying, sexual harassment and sexual assault. ”

According to the report, the fact that in Parliament people come and go – most legislators and staff members do not live in the country’s capital, Canberra, and only stay there during the weeks when there are sessions – creates a sense of isolation.

One person interviewed for the report compared the culture to that of high school students at a camp: “There is a group of naughty schoolboys on a school field trip who believe that everyone is a legitimate target and that What happens in Canberra stays in Canberra, and it is worth everything “.

Unable to return home when Parliament was in session, “many people preferred to stay up late at work or drink with your colleagues, which increased the risk of misconduct, “according to the study.

Sometimes alcohol was present during parliamentary work. “Some deputies have gone to the precinct to vote under the influence of alcohol “, according to one of the reports submitted. And at night, drinking was a key feature of networking and socializing events.

A work environment characterized by “high loyalty, ‘image’ prioritization, and, in political office, intense media attention and strong public interest,” discouraged staff from speaking frankly. Doing so could be risky, they said.

“I was sexually harassed on multiple occasions, sexually assaulted, harassed and terrified, “one person told investigators.” And they told me that if I ever sought help or spoke about what had happened to me, my professional reputation and my personal life would be destroyed. ”

As members of Parliament do not have a direct employer, it is difficult to sanction those who engage in misconduct, according to the review. Legislators are also responsible for hiring and managing their own employees and have broad powers to fire them, creating an unsafe workplace.

The review shows that Parliament “has not been a safe workplace for women or any minority,” she said, “and that there was no recourse – bad behavior was seemingly impossible to regulate.

The report’s recommendations are similar to those implemented in Britain, the United States and Canada in years past, and applied in Australian workplaces 20 years ago, Rimmer said. Calls for basic reforms applied in other democratic legislatures have been ignored for years, as a claims system independent of the main parties.

“Most of the recommendations are common practice in a modern workplace, and still I’m surprised this level of pain was needed and suffering for Parliament to catch up with the rest of Australia and the rest of the world, “he said.

Since going public with her account of being raped within Parliament, Higgins has become an advocate for victims of sexual harassment and abuse. The man she accused of raping her, 26-year-old Bruce Lehrmann, will be tried in Canberra. He has pleaded not guilty.

In a statement, Higgins said of the new report: “I hope that all sectors of politics will not only commit to but also implement these recommendations in their entirety.”