Italy: The transversal party that wants Draghi to be premier is expanding until 2023 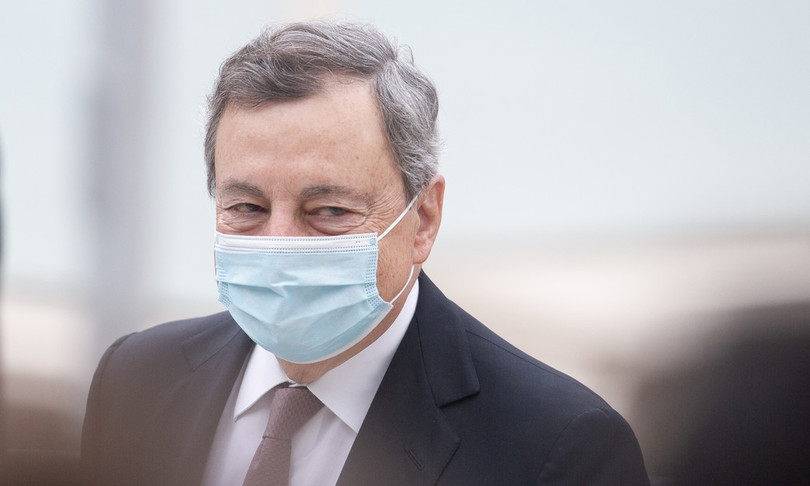 From Silvio Berlusconi to Matteo Salvini, passing through Giuseppe Conte and Enrico Letta. The transversal party is expanding, asking Mario Draghi to remain at Palazzo Chigi until 2023. If Silvio Berlusconi can play the game for Colle to the end – while refusing to comment on the hypothesis, “out of respect for President Mattarella” – Matteo Salvini subscribes.

The League appears increasingly in difficulty with the polls and playing the game well for the Colle could be the beginning of a relaunch towards 2023. Even Giuseppe Conte, struggling with the long regeneration phase of the M5s, pushes to keep Draghi in his place: “I would let Prime Minister Draghi work. There is also the resurgence of the pandemic. We have the resilience plan, the European context in motion. , the old austerity policies to overcome. Many objectives for the government in office. I would not pull Draghi by the jacket every other day as well “, explains Conte.

And after days of rumors and reassurances, the secretary of the Democratic Party sweeps away any doubts about his will to support the government led by Mario Draghi until the end of the legislature. “Parties like ours want there to be good governance until the end of the term,” he says.

A commitment that the dem leader also confirms in the aftermath of the new polls that see the Democratic Party as the first political force, also detaching Brothers of Italy. On the other hand, since his debut before the assembly of the Democratic Party, Enrico Letta had spoken of “sick democracy” by observing how the third government had been reached in three years and with three different majorities.

Getting in the way of the executive’s path would have appeared as a contradiction difficult for even one’s electorate to digest. And those who look at the Democratic Party seem to appreciate its accountability approach, polls say.

An approach also confirmed by the words with which Letta accompanies the commitment of the Democratic Party to the government: “At this moment we must do everything to give continuity and apply well what is in the budget law. There are signs of confidence, it is a positive moment for the country “.

In short, eliminating support for the government would be a trip first of all for the country. Carlo Calenda can also be said to be satisfied: the leader of Action was in fact looking with a certain suspicion at the secrecy maintained up to now by the Pd secretary. “Since we asked the party secretaries to take a stand on Draghi until 2023, Berlusconi, Conte and Salvini have spoken. Letta is missing”, he wrote in the morning on Twitter.

Of course, Letta had already said that she did not want an early vote, but this is obviously not enough for those who study the moves of the dem in a Quirinale key. With a possible election of Mario Draghi al Colle, that of the vote would not in fact be the only way to open up. A government led by the Minister of the Ecomnomia Daniele Franco, in fact, remains a distant scenario, but that the party secretariats cannot exclude.

With the formalization of Enrico Letta’s entry into the transversal party that wants Draghi to Palazzo Chigi until 2023, this hypothesis becomes even further away. The only one to dribble the theme is Matteo Renzi, as Calenda himself underlines: “I omitted, perhaps due to a Freudian slip, Renzi. But obviously he is missing. many quality candidates for the Quirinale, none to replace Draghi at Palazzo Chigi “.

What is happening on the budget law, the dem secretary bodes well. “The budget law was approved by the largest majority ever. This same parliamentary majority will face the choice of the new head of state in January. All this needs this effort of unity in which everyone must take two steps forward to avoid taking steps backwards all together. We must take steps forward that are steps forward made by mutual agreement “, underlines Letta.