Trump positive for Covid before the debate on TV with Biden. The revelations of Meadows 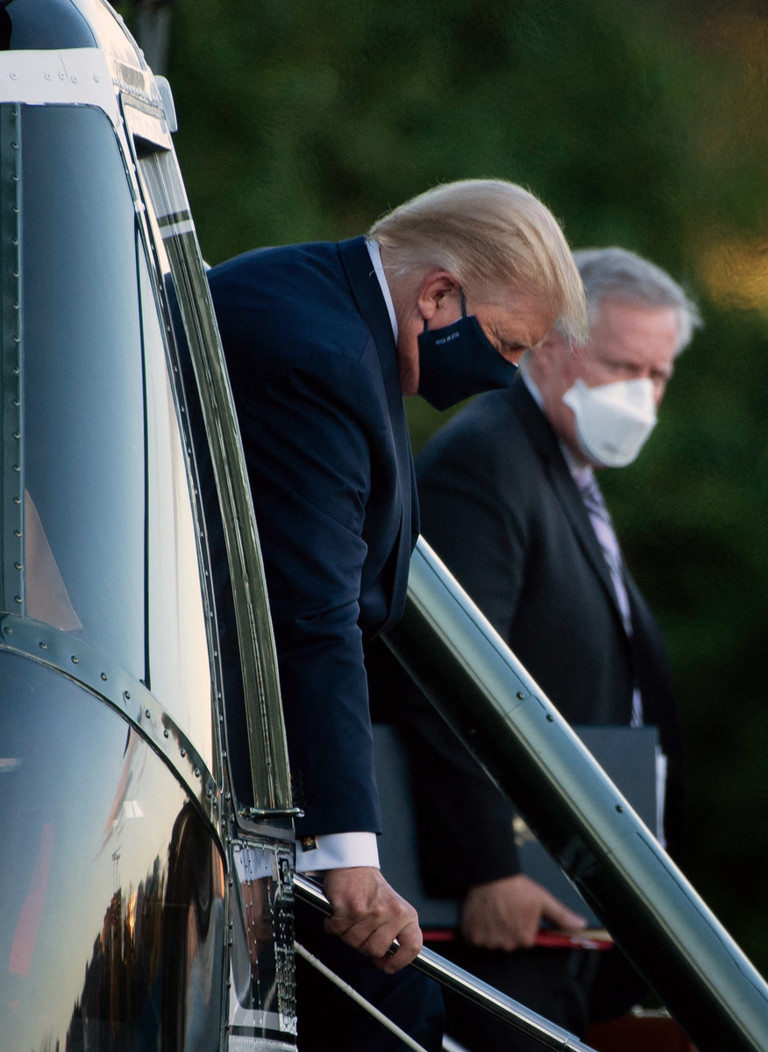 The former president of the United States, Donald Trump, had tested positive for Covid-19 three days before his first televised confrontation with challenger Joe Biden but he submitted a subsequent negative test to participate in the debate anyway, held in Cleveland on 29 September. It is one of the revelations contained in the book by Mark Meadows, Trump’s fourth and final chief of staff, some passages of which have been anticipated by the ‘Guardian’.

Meadows, who agreed to testify before the House Investigation Committee on the Capitol Hill assault, writes that Trump was aware that each candidate would have to submit “a negative test dating back to 72 hours prior to the start of the debate” but that “nothing would have stopped him from showing up”. Trump announced he contracted Covid-19 on October 2, 2020, and the White House said the test result was learned an hour before the announcement. The former president would be hospitalized a few hours later.

In the volume ‘The Chief’s Chief’, to be published next week by conservative publishing house All Seasons Press, Meadows points out that the positive test dates back to September 26, 2020, on the same day as the controversial ceremony in the Rose Garden to announce Amy Coney Barrett’s candidacy as Supreme Court Justice, which was deemed a “super diffuser event,” with its 200 attendees.

On the same day Trump, although appearing “a little tired” and with symptoms of a “mild cold”, went to Pennsylvania for a rally. When the presidential plane had already left, Meadows says he received a call from the White House doctor who asked him to stop Trump from leaving because he had “just tested positive for Covid”. But it was too late. Trump received the news from Meadows while aboard Air Force One. “Oh m …, you’re taking me for the c …” would be Trump’s colorful reply in Meadows’ paraphrase.

The chief of staff says he then explained to Trump that the test could be a false positive and suggested that he undergo a new test with the more modern “Binax system,” which later turned out to be negative. Nonetheless, the former chief of staff tells of “instructing everyone in his closest circle to treat Trump as if he were positive“during his trip to Pennsylvania.

“I didn’t want to take any unnecessary risks,” Meadows writes in the book, “but I also didn’t want to alarm the public if there was nothing to worry about, as the new test appeared to be much more accurate.” Trump, for his part, became convinced that he had been infected at a later time, particularly during an event with the families of the military on September 27 where the former president did not refuse to embrace supporters.

On the same day, Meadows recalls, Trump held a press conference behind closed doors. On the day of the debate, Meadows recalls, Trump seemed to be “slightly better” but “his dark circles had deepened and, as he walked, he seemed to move more slowly than usual, as if carrying a weight on his back”. The moderator of the debate, Chris Wallace of Fox News, later explained that Trump had not been subjected to a test before the start of the confrontation as he had arrived late.