Israel | “Under the new government, the number of Jewish worshipers in the al Aqsa compound (Temple Mount) is climbing” 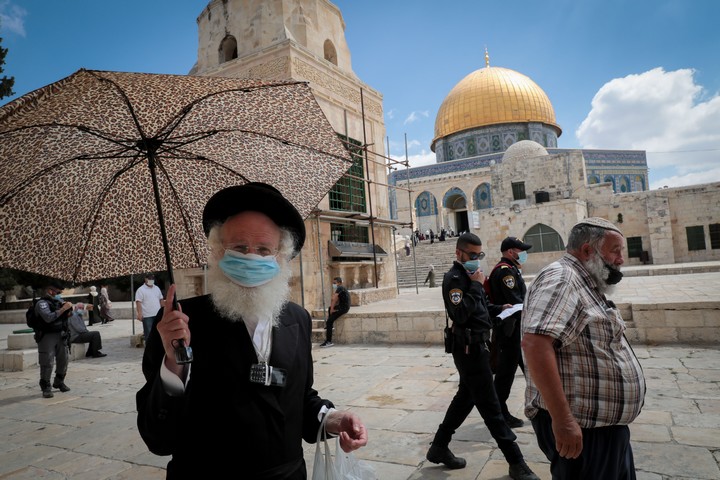 The Waqf and other organizations confirm that more Jews have recently entered the courtyards of the mosque, and are holding prayers there that violate the status quo. “Right-wingers do, and the center-left is silent and raises an eye so as not to cause a coalition shock

In parallel with the Knesset Education Committee’s latest recommendation to the Ministry of Education to include the Al-Aqsa Mosque (Temple Mount) as a compulsory school tour site, the number of Jews entering the mosque’s courtyards has increased significantly in recent months, in addition to prayers and religious ceremonies.

The most important statistic even from these numbers is that it is not just about entering the mosque courtyards, but also prayers, Torah lessons, things that have not happened before – and violating the status quo.

“Ten years ago, even five years ago, such things could not have happened. Jews could not hold prayers there. The Israeli police prevented this,” says Hagit Ofran of the Peace Now movement. “The police would intervene and prevent Jews from performing religious prayers or ceremonies while visiting the courtyards of the Al-Aqsa Mosque.”

She said, “During the time of Minister of Internal Security Gilad Ardan, the police began to cooperate and facilitate, and also during the time of Amir Ohana. And the numbers are rising, although the Minister of Internal Security, Omer Bar-Lev, shows different intentions (he pledged to continue cooperating with the Jordanian Waqf and to maintain the practice that Jewish prayers will not be allowed).

“I agree with the interpretation that states that the Likud and religious Zionism, being in opposition and with the aim of resisting and shaming the government, support and promote this activity. When the Likud was in power, there were controls and calculations to prevent tensions escalating at certain times.

Ofran says that “the left is facing a real problem. These associations and groups that enter the courtyards of the mosque say it is within the framework of freedom of worship. Left-wing activists who believe in freedom can not stand directly in front of those who say they want freedom of worship.” It should also be noted that the rabbinate forbids entry to the place, and ten years ago we saw almost no religious Jew enter there.

MK Dr. Ahmad Tibi (Joint List), head of the party’s Al-Quds (Jerusalem) committee, confirms the claim that the current government allows the number of Jews entering the al-Aqsa compound to increase. “There are indeed more invasions, and the most important thing is that there is silent prayer in the presence of police. There is an increase under this government, absolutely. Right-wingers are doing, and the center-left is silent and keeping an eye out so as not to cause a coalition shock.”

Azzam al-Khatib, director general of the Islamic Waqf, says: “The Waqf’s position is very clear. These invasions violate the religious, legal and political situation that has prevailed since 1967. These invasions are carried out by a unilateral decision, on the Israeli side, under the auspices of the police. Desecration of mosques in this way is not acceptable and contrary to all international norms.”