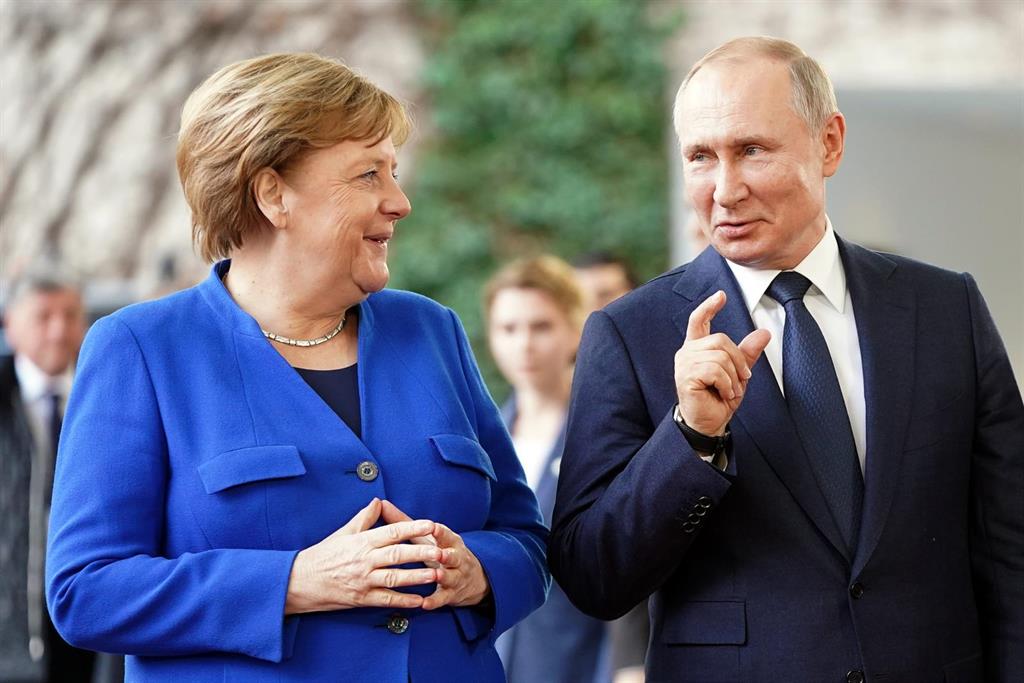 The proposal by German Chancellor Angela Merkel to invite Russian President Vladimir Putin to a future summit of European Union leaders to discuss the course of relations has been welcomed with a division among the Twenty-seven, given the doubts about the relevance of opening dialogue with the Kremlin amid escalating tensions.

Several heads of state and government have spoken about the German request upon arrival at the European summit this Thursday in Brussels. French President Emmanuel Macron, Merkel’s main supporter in this initiative, has defended a “demanding” dialogue with which the EU can defend its values ​​before Russia.

“We assume this dialogue that is necessary for the stability of the European continent, but demanding because we do not give in anything in our values ​​or in our interests,” said the French leader, to emphasize that the EU must leave behind the “purely reactive” logic with Moscow and study cooperation “on a case-by-case” basis, taking as an example the summit held by Putin and the President of the United States, Joe Biden, in Switzerland.

However, different leaders have poured cold water on Merkel’s proposal. From the outset, the Prime Minister of the Netherlands, Mark Rutte, has stated that he would not participate in a meeting of Twenty-seven with Putin, indicating that he “would not mind” that if the appointment was with the President of the European Council, Charles Michel, and the President of the European Commission, Ursula von der Leyen.

The Latvian Prime Minister, Krisjanis Karins, has also shown his reluctance, who has stressed that in order to open a dialogue of European leaders with Putin, Russia must first “take steps”, in particular on the issue of Crimea, illegally annexed in 2014. “It must. have a cost for Moscow, “he defended.

“The Kremlin understands political power, it does not understand free concessions as a sign of strength,” warned the Latvian, who pointed to the “difficulties” involved in the German proposal and insisted that the EU should speak “with a single voice “.

For his part, the Lithuanian president, Gitanas Nauseda, has warned that any contact with Russia without changes in its behavior pattern would send a “bad signal” for Eastern European countries, such as Ukraine or Georgia. “It seems to me that what we are trying is that a bear leaves in peace a jar of honey”, has affirmed to its arrival.

PROPOSAL TO DEAL WITH RUSSIA

During the European Council meeting, the leaders are expected to hold a debate on the future of relations with Moscow and give their approval to the renewed strategy presented by the EU High Representative for Foreign Policy, Josep Borrell, this week.

As explained by the Spanish politician upon his arrival at the summit, the objective is to respond to Russia in the face of its infringements of international law, contain its aggressive actions against member states or neighbors of the EU and cooperate with Moscow in areas of mutual interest.

This proposal has the support of the Twenty-seven, so it is expected that the leaders will give the green light. “The ‘road map’ will be very important in deciding the future of relations,” said Borrell, who has avoided commenting on the German proposal to hold a summit with Putin.