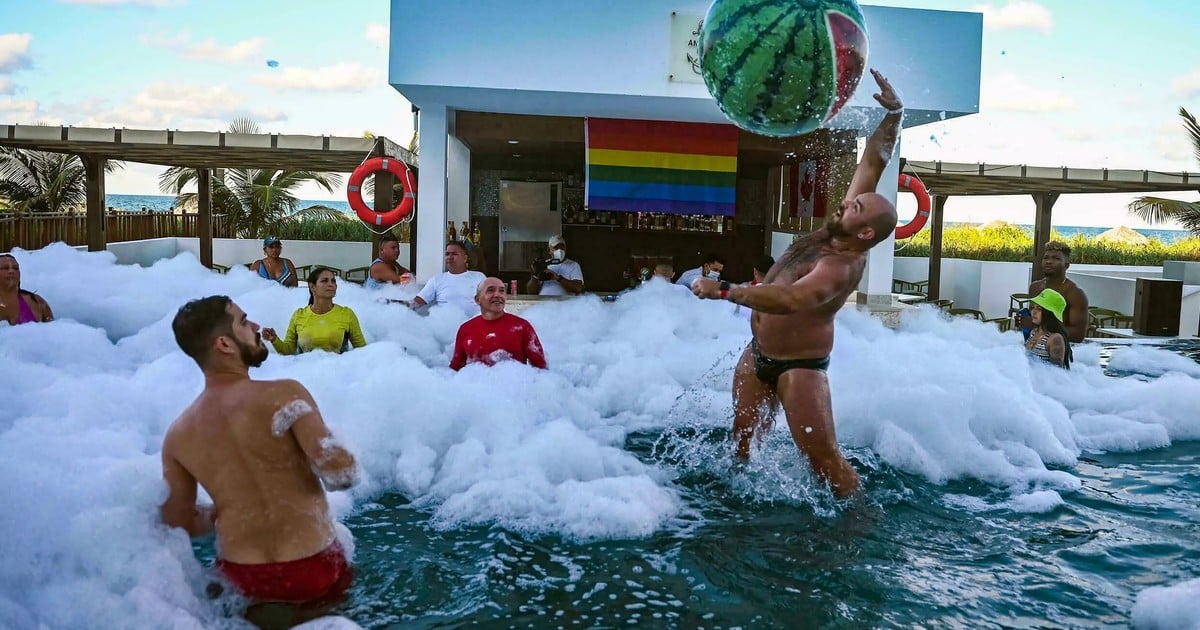 The sun bathes the large rainbow flag on the door of Cuba’s first LGBT hotel, which has just reopened its doors to attract that tourist segment, at a time when the authorities are studying the approval of equal marriage on the island.

The Gran Muthu Rainbow Hotel, located in Cayo Guillermo in the province of Ciego de Ávila (east), had been inaugurated in December 2019, but very soon it had to close due to the coronavirus pandemic.

Under all preventive sanitary measures, this five star accommodation He returned to receive his first clients since last November 15, when Cuba reopened its borders after 10 months of confinement.

With a hotel aimed especially at the gay community, Cuba is “taking important steps with the new family code”Marlis Delgado, head of Sales for the lodging center, told AFP, referring to the text that is currently being analyzed by a legislative commission to approve equal marriage in the country.

“That means a breakthrough for our society and having this hotel here on time “and another that will be inaugurated soon in Havana,” gives us the possibility that this family code has a slightly stronger foundation to be approved “, considers Delgado.

In the first few weeks, Canadian tourists have been the most frequent to the place surrounded by paradisiacal beaches, in addition to Cuban travelers, says Delgado.

For Kevin McGrath, a 37-year-old Canadian who enjoys the ocean-view pool, the hotel can be a source of inspiration for the government to make “the right changes for all the LGBT people who come here to Cuba, “he says.” It is a welcoming place and we feel very included, “he adds.

It is expected that the text of the new family code, which would allow same-sex marriage in Cuba, be sanctioned by the National Assembly at the end of the year, to then be submitted to a national referendum in 2022.

The authorities tried to incorporate the issue into the Constitution approved in 2019, but the strong rejection it generated in the Evangelical Churches and other social sectors caused their discussion to be postponed.

Hotel managers now make sure that foreign clients have been made a PCR test 72 hours before arriving in Cuba and that Cuban guests bring their cards with the complete vaccination schedule.

The tourist industry, the engine of the Cuban economy, suffered a severe blow from the pandemic. Now, the government expects to receive 100,000 visitors in the last 45 days of the year and by 2022 it expects 2 million tourists, a figure still far from the 4 million that entered annually before 2020.

“I think it’s phenomenal, which is a great entrance to the Caribbean especially to Cuba, a lovely country that shows the world what you can do, “says Erick Hiller, another Canadian visitor who enjoys the beach on his second day of stay at the hotel.

Hiller is so excited that consider the idea of ​​getting married in Cuba in case the law passes.

“I think that is another incredible thing, in our country it was approved several years ago, we are seeing if it is eventually possible to get married here,” he confesses, next to his partner.