The (difficult) mission of the bridges on the Quirinale 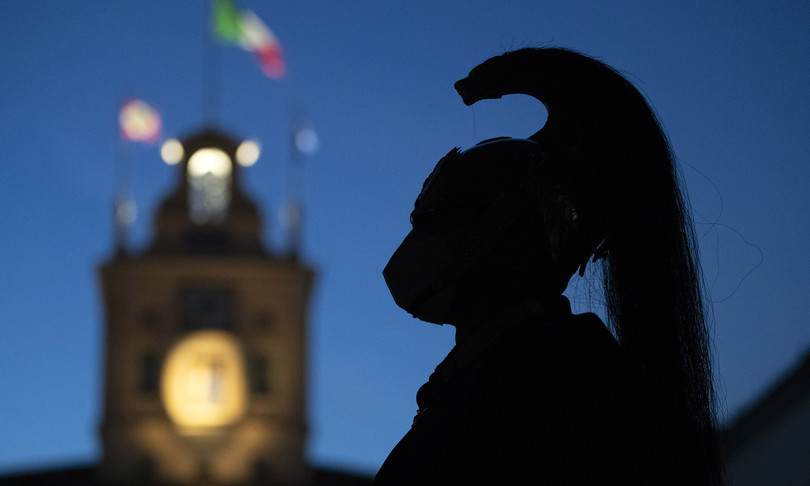 – “It depends on what Draghi wants to do”. It is a choir that is heard daily between the corridors of Montecitorio and Palazzo Madama when the Quirinale is spoken of in the small groups. There are emergencies on the table such as the battle against the high bills, the measures on the budget law and the tax decree, but the gaze is also turned to what will happen with the new year.

The belief in the majority and opposition groups is that the premier will not make any move but that he will be part of the game. Hence the caution in the strategies between telephone calls (the one between Conte and Salvini informally denied), meetings and continuous contacts between the party leaders. But then there is the news: and what happened at Palazzo Madama is a further alarm bell for those who are trying to weave the canvas and avoid getting to the wall against the wall.

The ‘Lotito case’ is emblematic

Seven Pd exponents also voted against the suspension on the Campania affair, but then the request to refer the documents to the Executive was passed and in fact the appeal presented by the president of Lazio was rejected which, explained today center-right parliamentary sources, has called some senators to reveal the disappointment of the attitude of the parties led by Berlusconi, Salvini and Meloni. Because the Renziano Carbone was’ saved with a considerable gap: 155 to 102. It is a game that was played between quarrels and suspicions, even outside the indications coming from the top.

There are those who point the finger on a front of dissent in Forza Italia, which has also ‘digested’ the passage of Carbone from the blue party to Italy alive; who, instead, in the search for ‘snipers’ he looks to the League, who in the Brothers of Italy. The fact is that the patron of the biancoceleste team is back in ‘stand by’. With the slightest chance to return to the field and see his dream fulfilled. And that in the center-right (someone ‘interprets’ the move of individuals as proof of the axis with Renzi in view of the Quirinale) the dispute over the Veneto seat, disputed between Fdi and Lega, after the death of the Northern League senator Saviane .

Fratelli d’Italia claimed that seat (“It cannot be transmitted by inheritance, there are rules to be respected”, the thesis), for the party in via Bellerio it was a “shameful and disrespectful” claim: in the end the former ‘lumbard’ got it but the tone rose a lot. Great confusion also on the seat of the foreign constituency: the senator of the mixed group Cario, involved in a story of rigged ballots, has fallen.

In its place the dem Porta who remains, however, ‘frozen’ because the president of the Giunta Gasparri explained in the Chamber that it will be necessary to understand how to take over. In short, “if the Constitutional Court takes away our self-declaration – a senator sighed today – it is not wrong”. Beyond the interpretations and the results of the secret votes, “the question – explains another source – is that the Senate has given further proof of being ungovernable”.

In view of January we need to start from the numbers

It is true that there could be operations in progress, on the table for example the hypothesis that Coraggio Italia and Italia viva unite the groups (among other things, Iv should lose, according to a parliamentary source, a senator, with Grimani who could return to short in the Pd), but at the starting line there is a situation of confusion.

Behind the scenes, the attempt for the President of the Republic Mattarella to accept an encore is still considered difficult, partly due to the resistance of some center-right parties and a lot because of the clear words spoken by the Head of State. The number one alternative remains – the conviction in the parties – the one that leads to the former number one of the ECB. FI ‘defends’ the candidacy of Berlusconi who strongly believes in the enterprise, but in the League, in the Democratic Party and also in the 5-star Movement, we think first about the Draghi ‘paper’.

The pressure is that he remains in the seat of the government, but then “we need to understand what he really wants to do”. The votes that took place this morning on the disputed seats which in fact led to the disruption of the current arrangements are a further push to try to find an agreement immediately. At the first vote. Without then the game becoming complex and, perhaps, breaking the balance of the majority. The ‘pro Draghi’ front makes it a prominent issue. Always if the Prime Minister is at stake, as those who would like Draghi at the Quirinale continue to hypothesize.

“The risk – explains a senator – is that if Draghi were not in the field in any case the government would wear out”. Always those who favor Draghi al Colle add another consideration: “He would never dissolve the Chambers. There are funds from the NRP to put to ground and the pandemic to face.

If Draghi were to remain at Palazzo Chigi, how could he be sure that the parties will not immediately start a long electoral campaign? “. If Draghi were to go to the Quirinale, the names for Palazzo Chigi di Franco and Cartabia are possibly made; otherwise the candidates are many: from the same Berlusconi to Casini, from Amato to Cartabia and Finocchiaro Interlocutions yes, arguments and pour parler as well, but for now nothing is moving, also because at the moment no one can provide guarantees, especially to those parliamentarians who fear early voting.