Solicitation for prostitution and sodomy: the serious sexual offenses in which Moshe Hogeg is suspected of 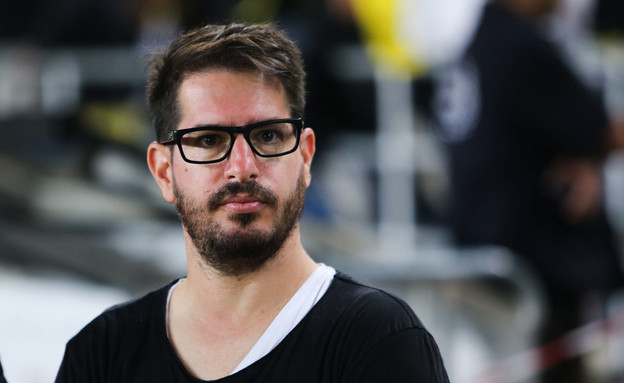 The owner of Betar Jerusalem, who was arrested on suspicion of fraud in the hundreds of millions in the field of crypto, is also suspected of sexual offenses, including solicitation for prostitution.

The “big game” affair – suspicions of sexual offenses are revealed: Today (Friday) it was announced that Betar Jerusalem owner Moshe Hogeg, who was arrested as part of an investigation into a major fraud case in the field of cryptocurrencies, is also suspected of sexual offenses against young women. In a luxury tower in Tel Aviv that was networked with cameras and in which young women in intimate situations were photographed without their knowledge.

According to the information in the possession of the police, a driver celebrates bringing young women who were photographed while having sex to the apartment – without their consent and without being aware of it. Among other things, other people came to the apartment, some of whom had sex with the same young women, hence the suspicion against celebrating solicitation for prostitution.

According to sources close to the investigation, the police have dozens of videos taken in the same apartment and strengthen the suspicions. On Wednesday, Hogeg detention was extended for the third time, until next Tuesday. Two of the eight other suspects arrested about three weeks ago have already been released, in part because of the fact that police have recruited a state witness in the case.

The counts of suspicion against him in this case are: consumption of prostitution, consensual prohibited husband, trafficking in human beings, solicitation for prostitution, sexual harassment, indecent acts, sodomy and the removal of a minor from drugs. It will be recalled that in the case, a state witness was recruited who provided strong evidence that incriminates and complicates Moshe Hogg and several other suspects, including his relatives.

The sections of the suspicions against him and their details were allowed to be published after Hogeg lawyers, Moshe Mazor and Amit Hadad, withdrew the appeal they filed against the ban on publication in the case in view of the understanding that most of the things were published in one way or another. “The publications are causing Mr. Celebrating, his wife and children, heavy damage that can be incurable when it becomes clear that these suspicions have no basis,” the attorneys said.

Celebrating, who is defined as the main suspect, was arrested along with several other suspects for fraud offenses in the field of cryptocurrencies amounting to hundreds of millions of shekels. According to the suspicion, he and his partners raised money from potential investors in a systematic and orderly manner, while presenting sophisticated misrepresentations concerning crypto ventures.

Different investors were presented with different projects each time, with the new money coming in intended to cover for another project that failed. In practice, use celebrating money received for personal purposes. In addition to sexual offenses, a suspect is charged with offenses of prohibition of money laundering, conspiracy to commit a crime, theft by an authorized person, receiving anything fraudulently under aggravated circumstances, intentional omission of income, false registration in corporation documents.